I first visited Eureka! Burger shortly after it first opened. Recently, we stopped in again to check out things now that they’ve had a chance to settle in.

We were there on a Wednesday night where they have a “steal the glass” special. Basically if you order a glass of the featured brew that night, you also get to keep the glass after.

Of course I had to get the featured beer that came with the free glass. 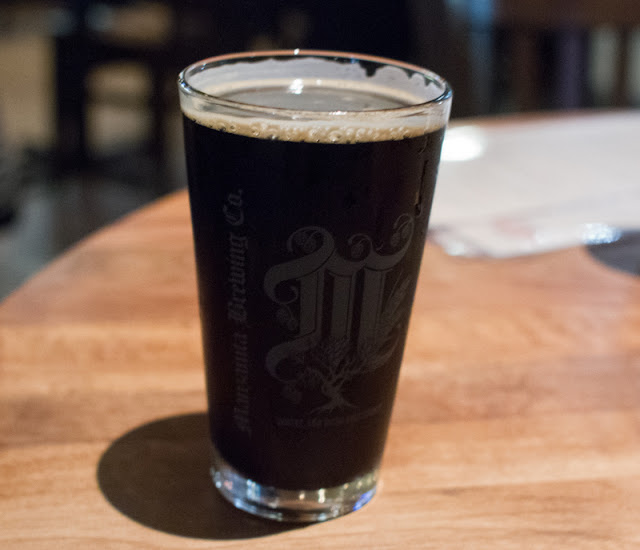 We also got a few beer flights 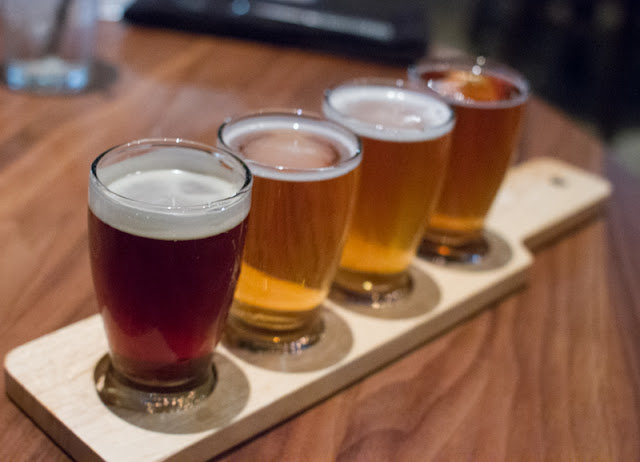 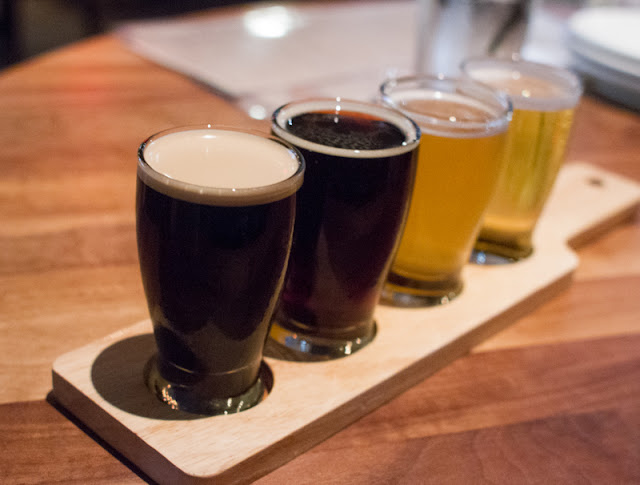 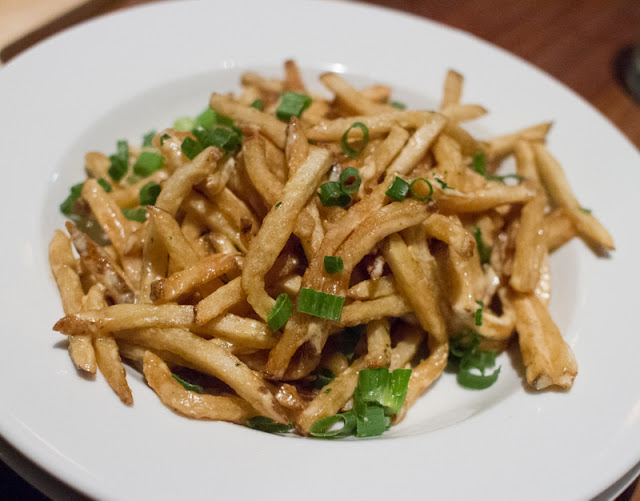 On our last visit, we found the truffle fries soggy and the truffle flavor barely detectable. But after hearing very positive reviews, we decided to give it another chance. We definitely noticed an improvement. The truffle aroma was much more noticeable. The fries, while not as crisp as I like, weren’t too limp, though this dish is still best eaten with a fork. 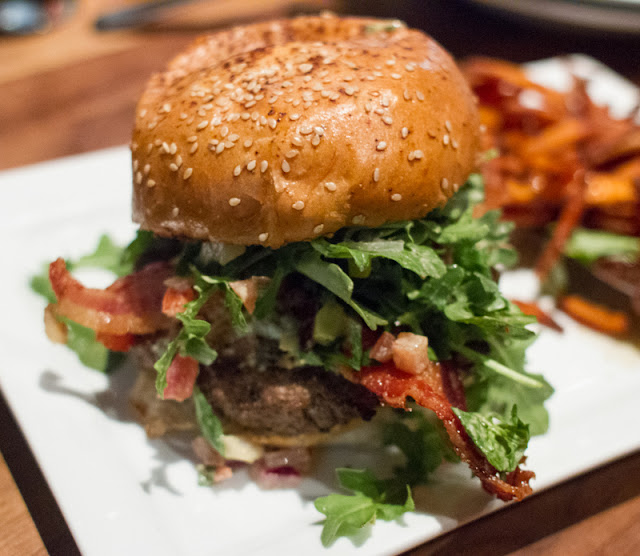 I had been a little disappointed with my burger last time too. But I kept hearing good things about the fig marmalade and decided to try it. I had seen the fig marmalade on the menu but it didn’t particularly jump out at me because it sounded really sweet. I ended up really enjoying it. This time the burger bun stayed dry and firm, instead of the soggy bun I had last time. The beef was cooked to a perfect medium. The marmalade was quite sweet, but the mountain of arugula balanced it out. 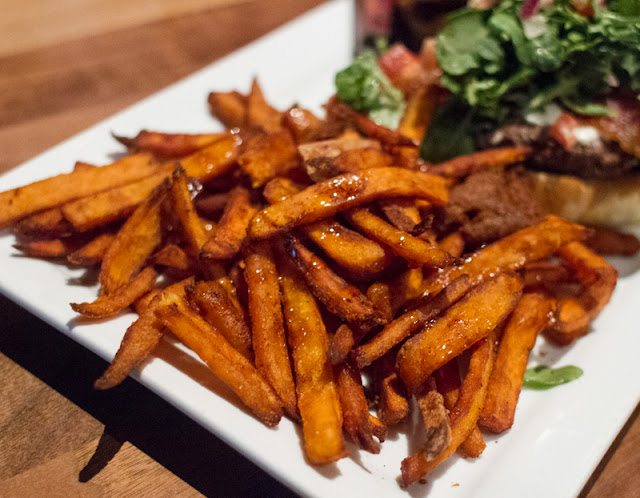 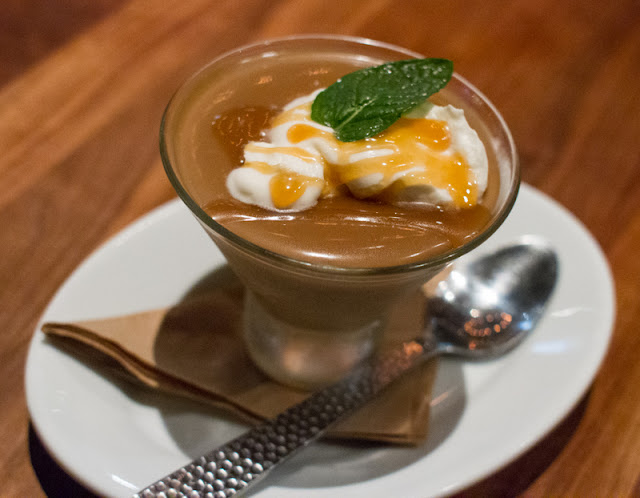 I was really surprised at how well done this was. It was similar to the butterscotch budino I loved from the now closed Flavor Del Mar. The pudding is very thick and served with a rich salted caramel sauce.

We were pleasantly surprised by the changes since our initial visits. We had previously enjoyed this place for the beer and whiskey flights and some of the appetizers but now the food is a lot better too. You can find my original post here.