A quick announcement: As you may have noticed, I've decided to join the twitter world! It's something I've debated to do for a while. So far I'm enjoying it. We'll see how it goes. If you are interested in what I'm doing, eating, craving, thinking about, feel free to follow me. =)
Now onto another post by Boyfriend!

The Tuna is Chicken of the Sea, but what is a Red Cod?

As
we were meandering the fish isle, this little sign caught my attention.
I know what a Cod is… but IDIOT? I was like “kodak moment!” The sign
might imply, “Buy this red cod, its for idiots!” They just couldn’t fit
all that promo stuff in there. Another opinion could be that these are
the stupidest fish out there to catch, the fisherman probably isn’t
trying to catch these guys and they just swim into a huge net where
other fish are already caught.

Fact: Fish are delicious.
Fact Dos: Pescado means fish in Spanish and they are still delicious in Spanish. 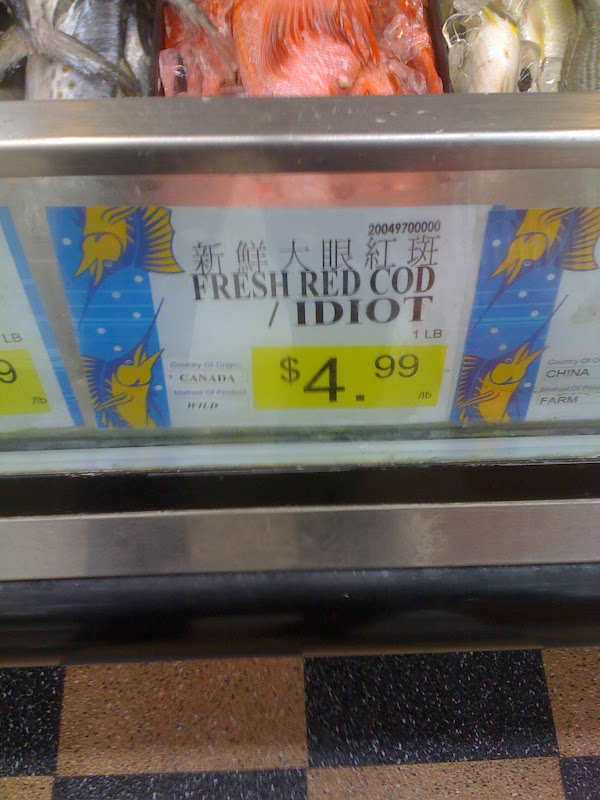