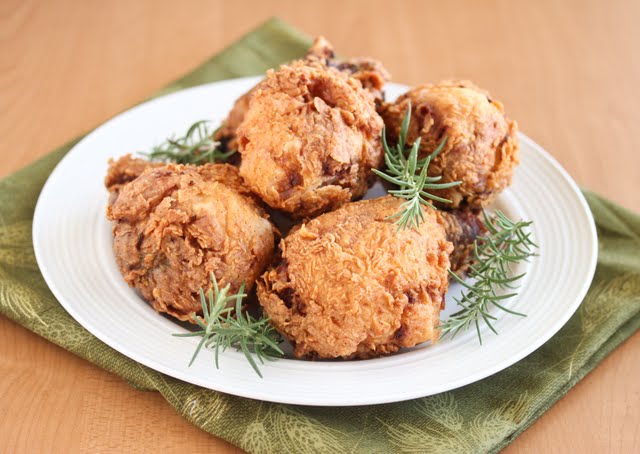 One of the best bites I had this year was the fried chicken I had at Thomas Keller’s Addendum, a small stand built behind his Ad Hoc restaurant which serves his famous fried chicken as boxed lunches.

I purchased the Ad Hoc cookbook shortly after it came out and after reading his recipe for his buttermilk fried chicken, it didn’t seem too bad. But like all Thomas Keller recipes, there are a lot of careful steps which can be a little time consuming. 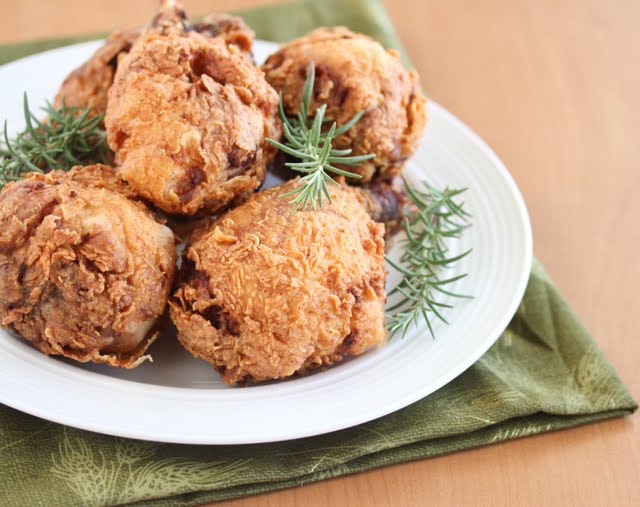 When I finally got around to making the recipe, I couldn’t find my Ad Hoc book anywhere. I misplaced it during the massive cleaning right before my wedding and I’ve been searching for it for a few weeks now and still no luck. Hopefully, it will turn up soon. The recipe is readily shared on the internet, but I found that everyone’s recipe seem to be just a little different and so I don’t know which one is the one from the book exactly. 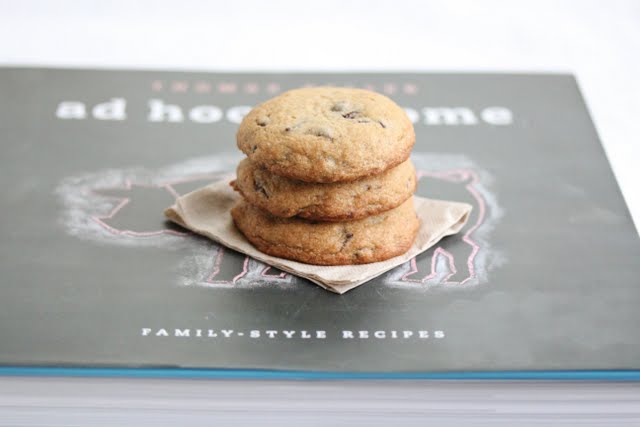 I also felt nervous without the book. Beyond just a recipe, Keller always provides a lot of explanation into explaining why he is doing what he is doing and what it does for the recipe, which helps for you to understand and also to pinpoint errors.

The chicken fried up quite beautifully and the skin was super crisp, while the chicken itself was still quite moist. The biggest problem though was that mine came out way too salty. Both the inside and the outside of the chicken was salty. I think I had too little chicken for the amount of brine this recipe called for. 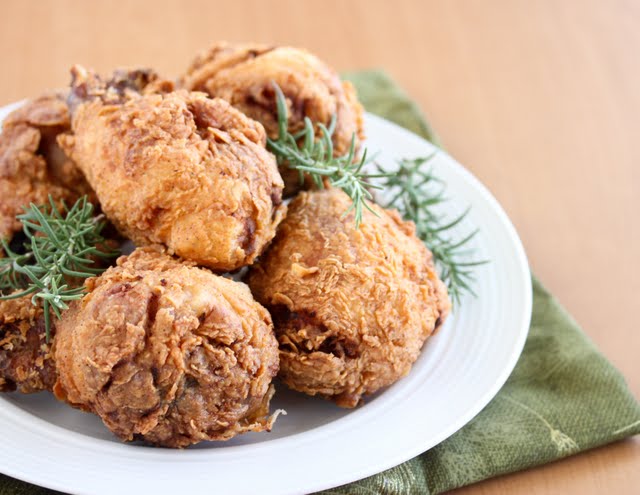 I do plan on trying it out again once I find my misplaced book. It isn’t too hard to make, but you do need to marinade the chicken in a brine overnight, which keeps the chicken moist and flavorful. 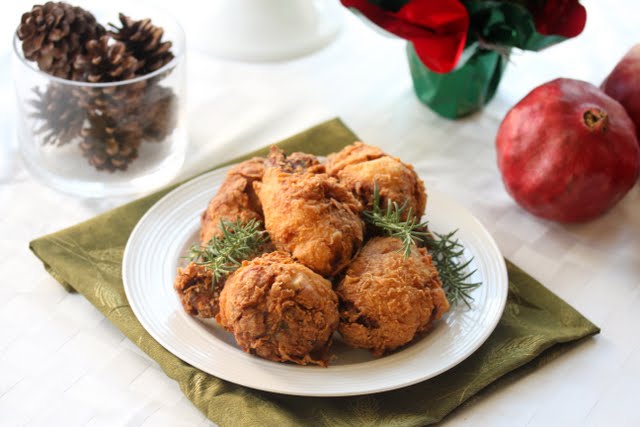 I used this version of the recipe here. When I find my book, I’ll try this again and write out the recipe from the book too. 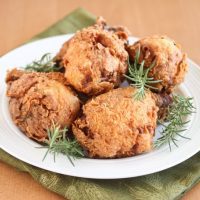 Servings: 8
Prep Time: 20 minutes
Cook Time: 1 hour 10 minutes
Total Time: 1 hour 30 minutes
Course: Main Dishes
Cuisine: American
One of the best bites I had this year was the fried chicken I had at Thomas Keller's Addendum, a small stand built behind his Ad Hoc restaurant which serves his famous fried chicken as boxed lunches. Once I tried it I knew I had to try making it at home.
Print Pin Rate

Bread and Fry the Chicken

Did you make this recipe?I'd love to see it! Mention @KirbieCravings and tag #kirbiecravings!
Posted in: Main dishes, Recipes
10 Comments // Leave a Comment »