Bake Cheese Tart is a chain originally from Japan that specializes in Hokkaido-style cheese tarts. They’ve since opened a few US locations, including one in Los Angeles. 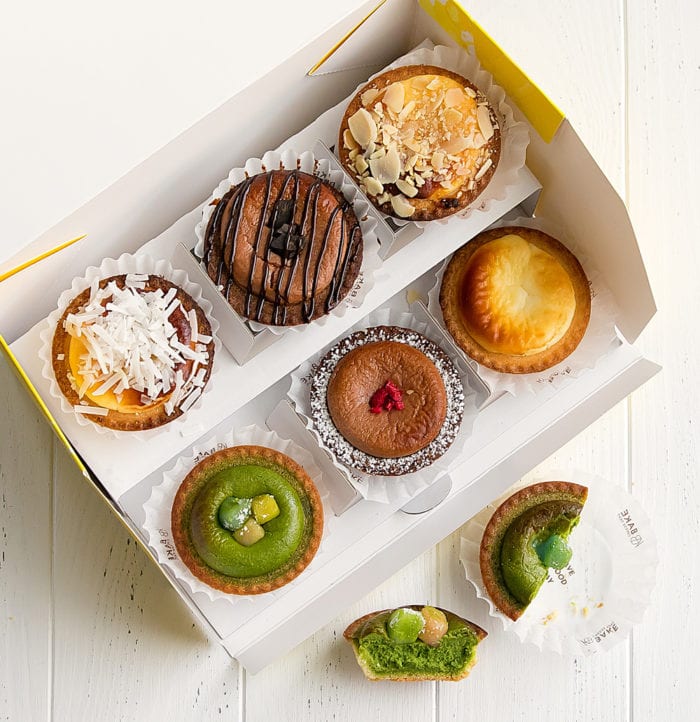 We tried Bake when we were in Tokyo and quite enjoyed the tarts, so we were excited that a location had opened in LA. The LA branch is located inside Century City Mall. 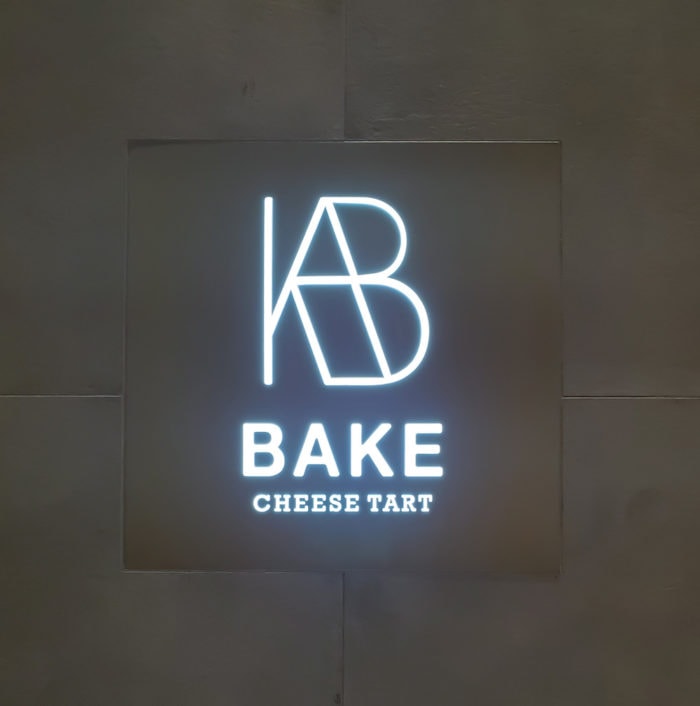 The menu is pretty minimal. In addition to the original flavor cheese tart, there are a few other flavors offered on a rotating basis. During our visit, the other two options were chocolate and matcha. They also offer a soft serve, which was matcha during our visit. 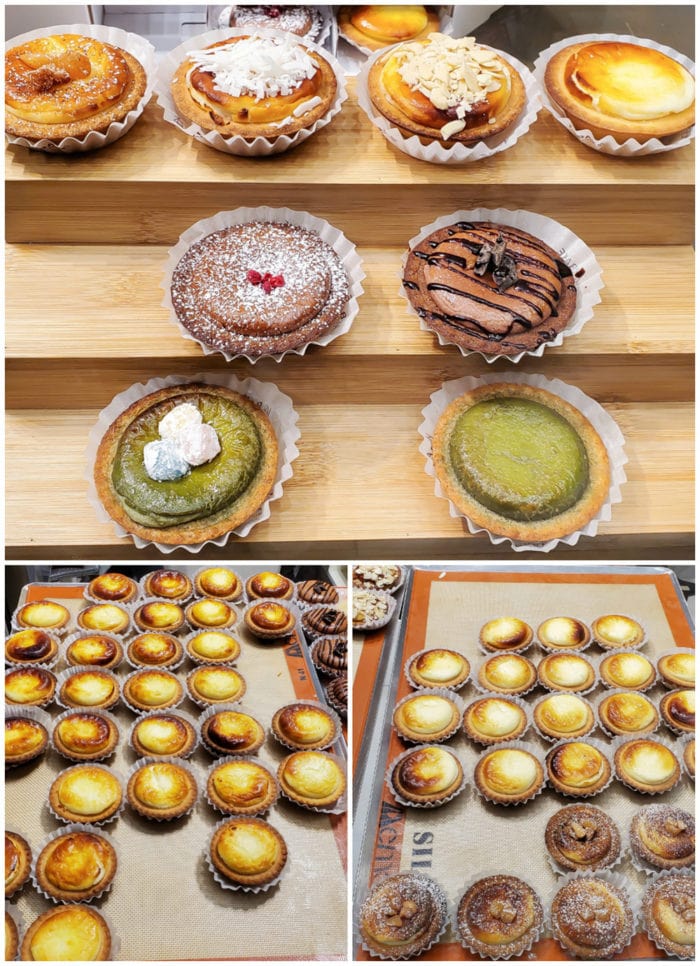 If you buy six tarts, they come in a box. The box is quite nicely designed, almost like a jewelry box with its individual compartments and bottom shelf that can be pulled out. 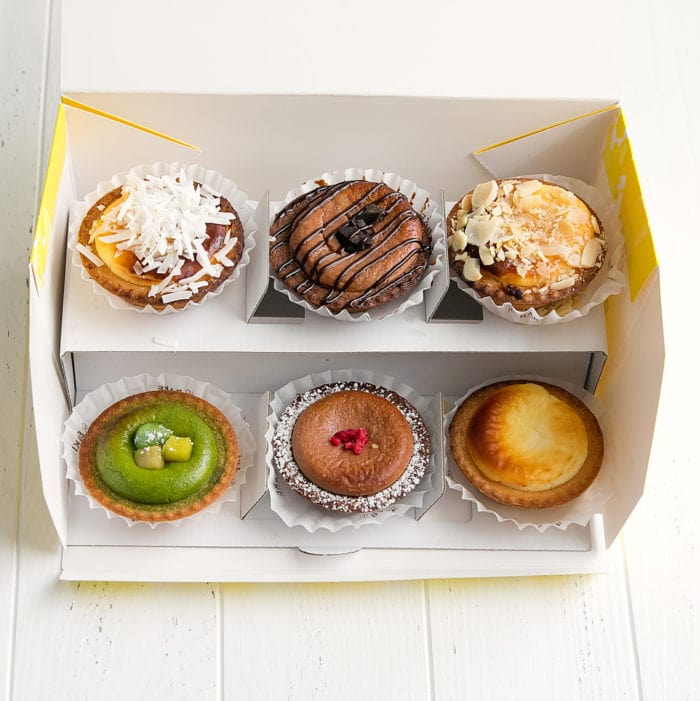 There are two characteristics of Bake’s cheese tarts that make them stand out: 1) the creamy mousse center and 2) the crispy shell.

If you’ve seen their marketing photos, the tarts are often sliced in half with a lava-like center. I’ve personally never experienced such a liquid center. When I had them in Tokyo and in LA, the filling was solid, even when the tarts were warm. I do like the filling though because it is very light and creamy. It’s a good balance of sweet and tangy from the cream cheese.

The shells are very crispy because they are baked twice. They are pre-baked on their own and then again after the cream cheese filling is added.

Our favorite was the original, but we enjoyed the chocolate and matcha flavors as well. 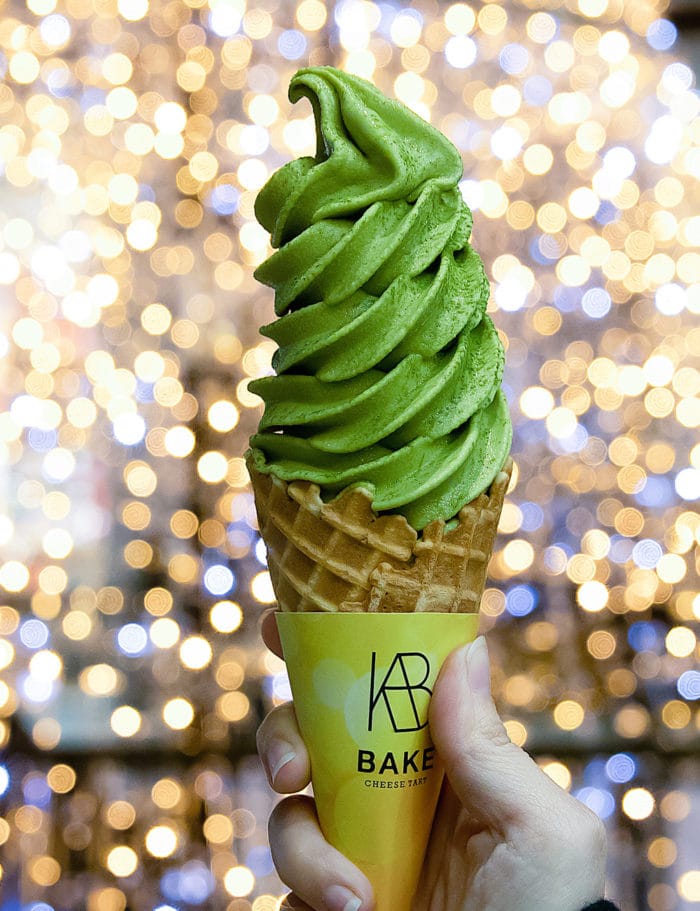 I was looking forward to trying the soft serve because all the soft serve ice creams I ate in Japan were so rich and creamy and nothing I’ve had in the US so far has compared. Unfortunately, the soft-serve ice cream here was disappointing. It was extremely watery, thin and melted quickly. It’s not something I would get again.

I would come back for the cheese tarts though. I’ve tried Hokkaido cheese tarts at several other Asian bakeries, but my favorite ones have been from Bake. 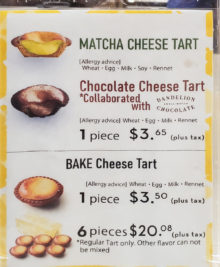