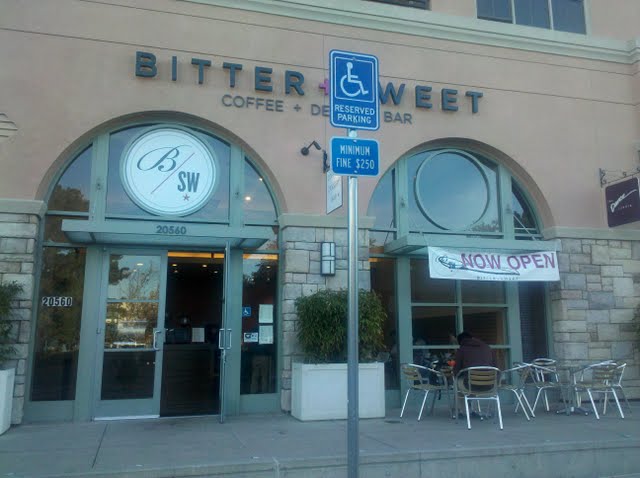 Bitter+Sweet opened in Cupertino last year and has become quite the popular cafe, most famous for its red velvet latte and Humphrey Slocombe ice cream. I visited it during a trip home shortly after it opened but didn’t have my camera. Instead I used my camera phone and while I love my phone, the camera really really sucks. 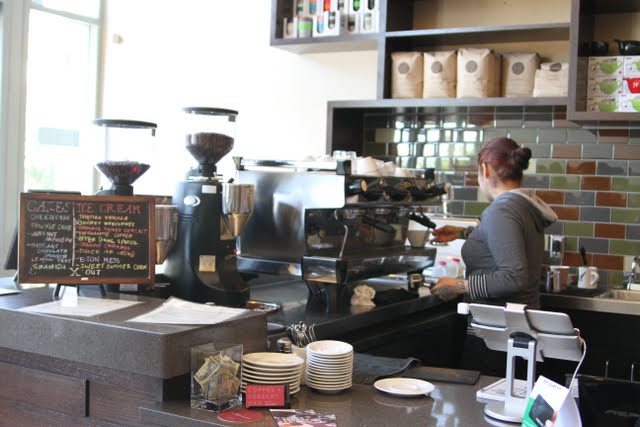 So I never did a post on it. I recently visited again on my latest trip back to the South Bay Area. My main reason for going is that they serve Humphrey Slocombe ice cream. No need for me to drive all the way up to San Francisco, though it does cost more to get it from Bitter+Sweet. 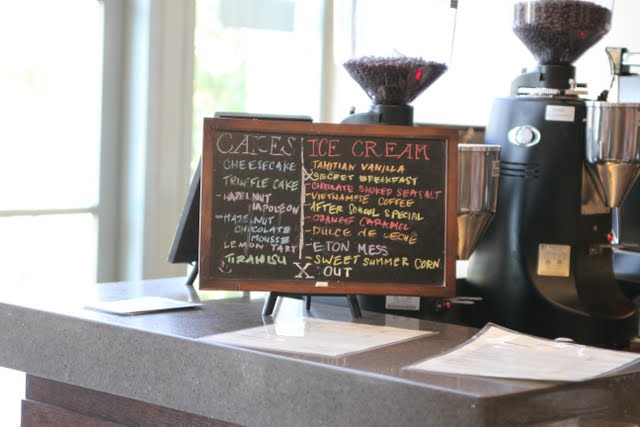 On this occasion, they were out of my favorite: secret breakfast. Instead, I opted for Sweet Summer Corn. 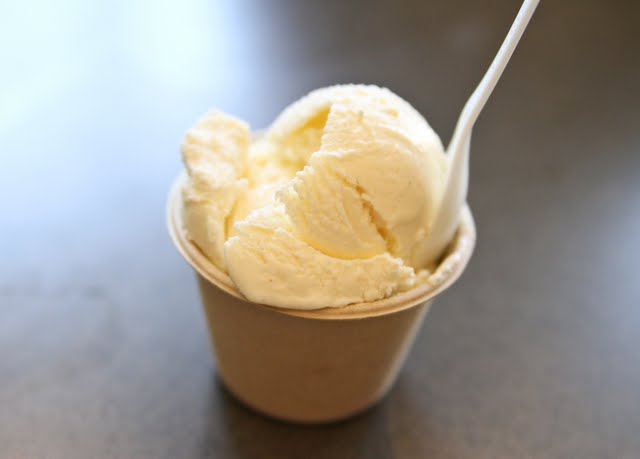 To my delight, the ice cream really tasted just like sweet corn. 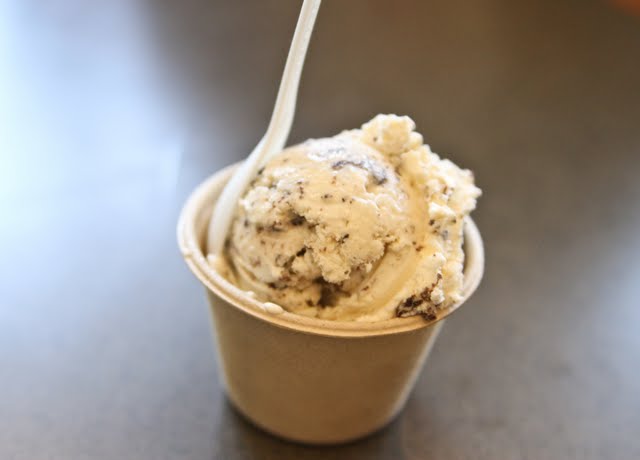 Super sweet, just the way DH likes it. The potato chips stayed crunchy since they were coated in chocolate. 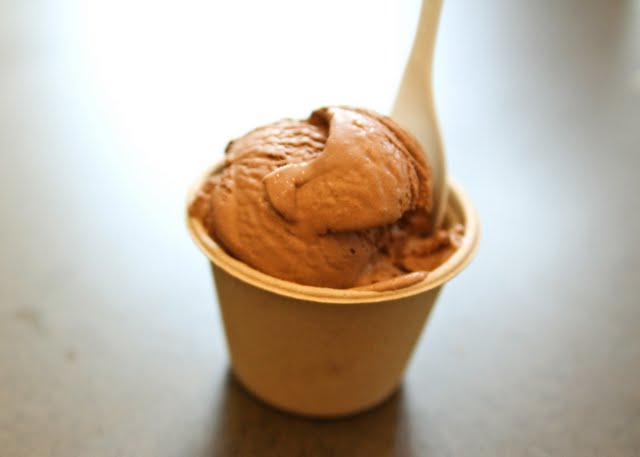 We opted not to get the red velvet latte on this occassion. They have both a cold and hot version. I had previously tried it and didn’t find it to be that special. It just tasted like red food coloring cocoa. 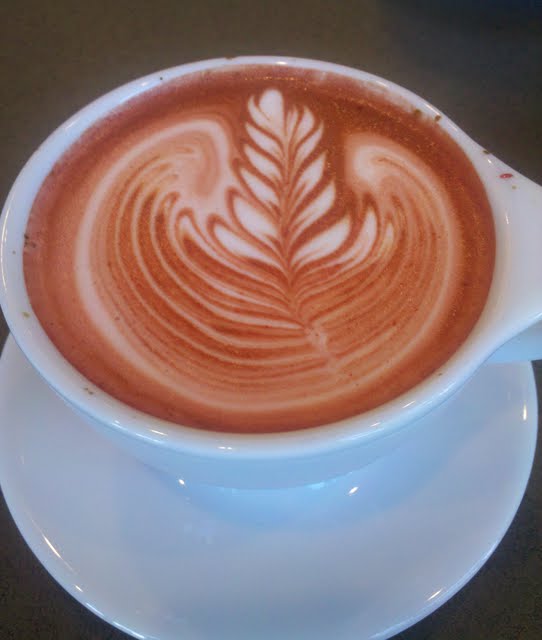 Bitter+Sweet seems to be quite popular and a nice local hangout. I personally think things are  a little overpriced, but the ice cream will keep me coming back.

After my first trip, I also went by Kee-Wah Bakery, which also opened last year too.  It’s the same chain as the ones in Southern California and I’ve always been a fan of the bread and egg tarts. I don’t like this new location in Cupertino as much. It’s a really large location. But they constantly are out of the egg tarts and the bakery often smells like cleaning products. I do stop by for the pineapple buns though. 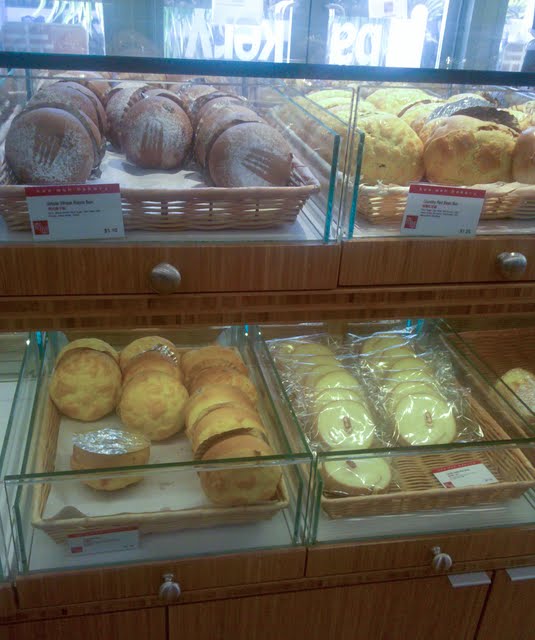 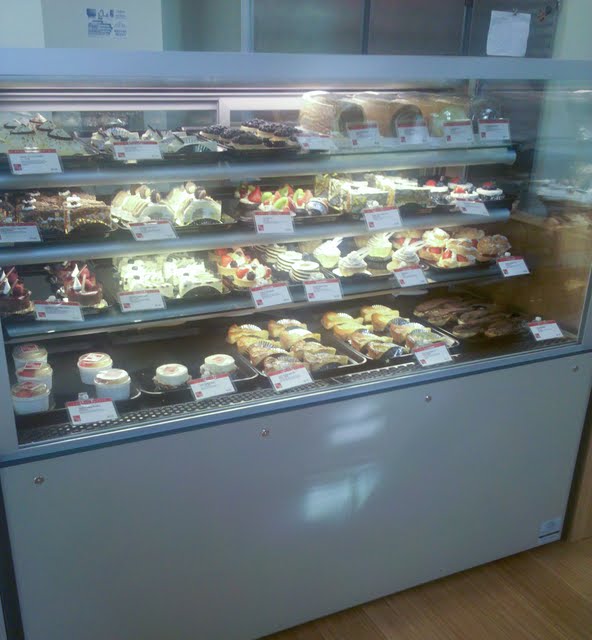 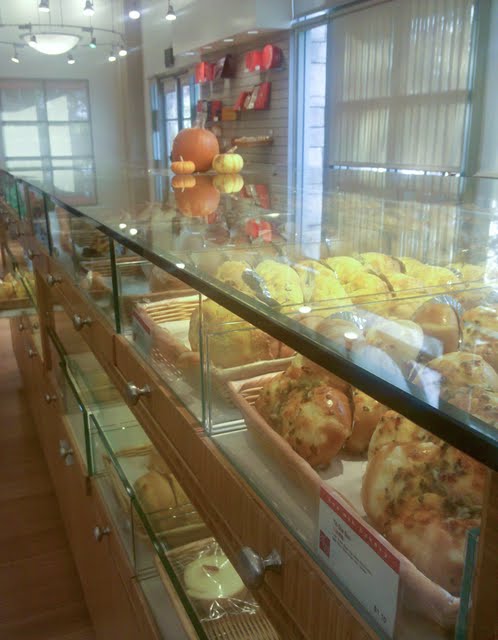 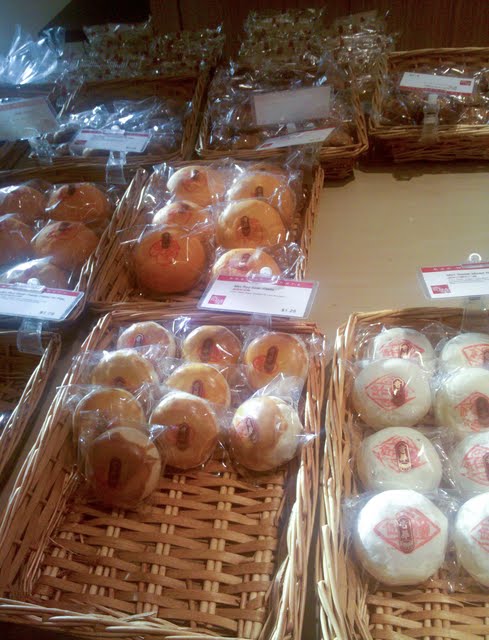