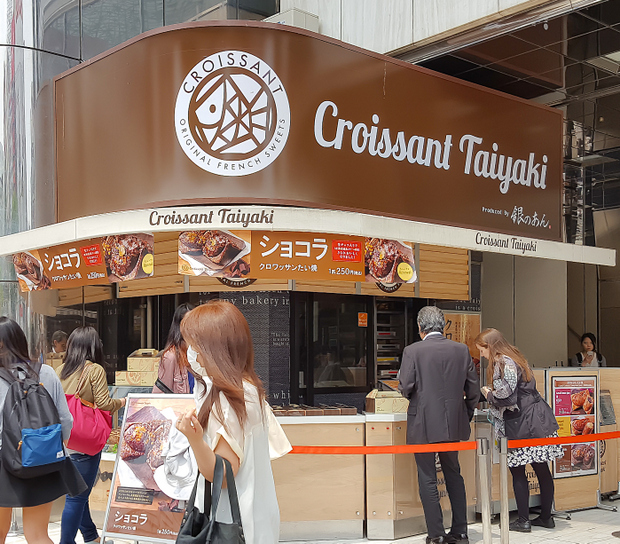 Croissant Taiyaki is a chain in Japan that sells a hybrid croissant taiyaki dessert.

Taiyaki are fish shaped filled pancakes, a popular street food in Japan. Pancake batter is cooked in cast iron fish shaped molds and usually filled with azuki bean paste, though sometimes you’ll find other fillings like chocolate and custard. I’ve always had a fondness for these treats because they are so cute to look at and there’s a similar street food in Taiwan that I grew up loving, though those are round rather than fish shaped. 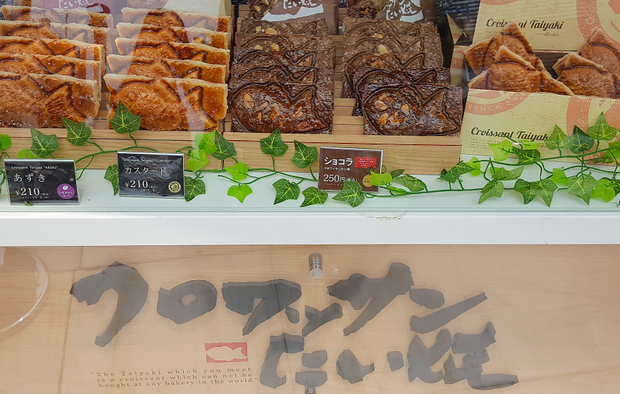 After The Cronut® was created, we saw all sorts of croissant hybrid creations pop up in the US, so no surprise that a similar phenomenon happened in Japan. Here, sheets of croissant dough are cooked in the fish shaped molds and filled with azuki paste, chocolate or custard.

They have several locations in Tokyo, usually conveniently located near the train stations.

We purchased one chocolate and one custard. 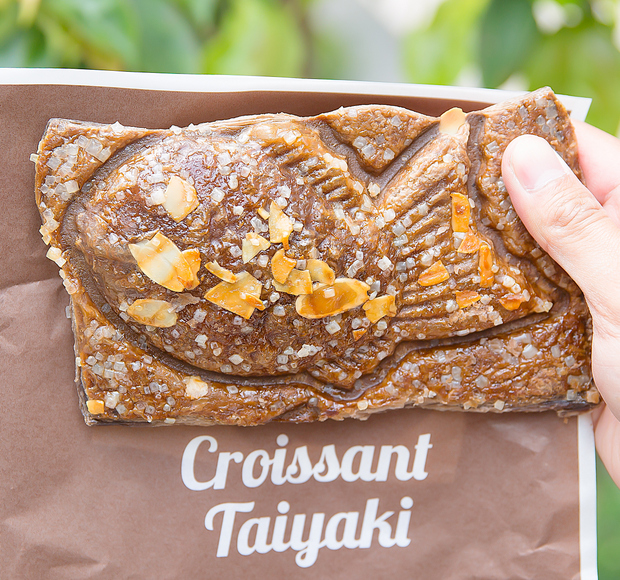 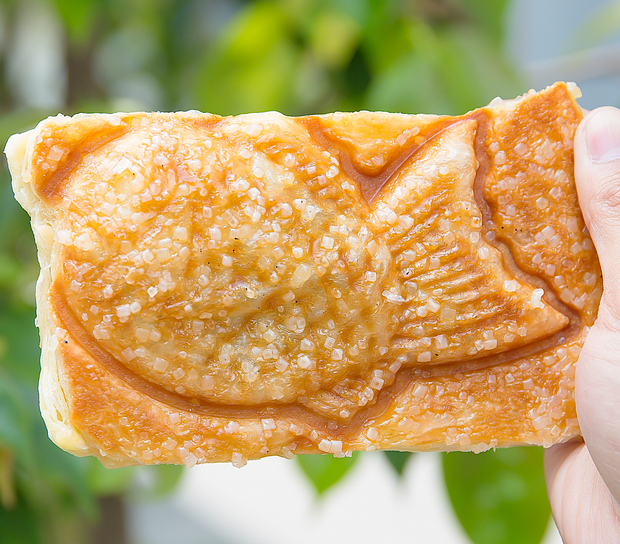 Because of the use of croissant dough, the fish shape wasn’t as well defined, so these didn’t look quite as cute as traditional taiyaki. I was also initially very way because these were not freshly made. However, once I bit in, I actually quite enjoyed them. Both the top and bottom have a few sheets of flaky croissant dough, with a generous amount of filling sandwiched in between. 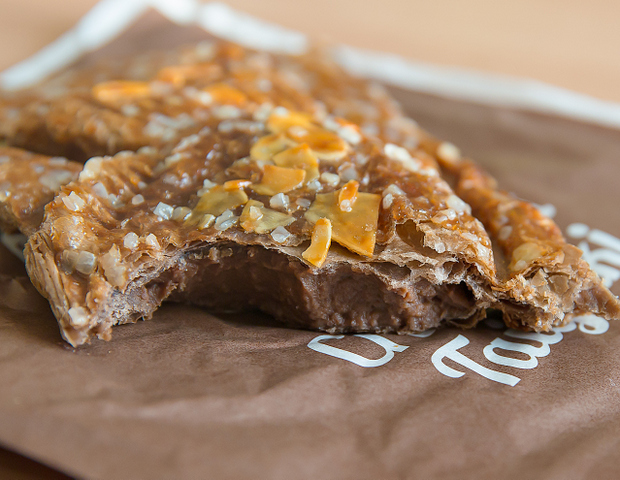 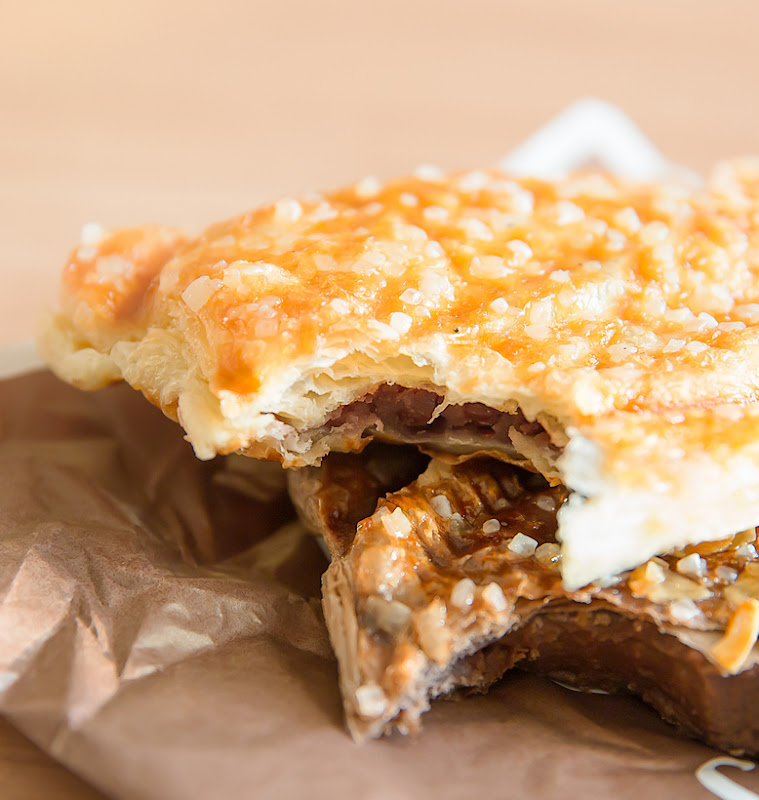 The outside of the croissant taiyaki are embedded with pearl sugar, and gives each bite a crunchy texture– almost mimicking the result of freshly, just cooked taiyaki.

I still prefer the traditional, but these were pretty good and worth trying if you happen to pass by one. 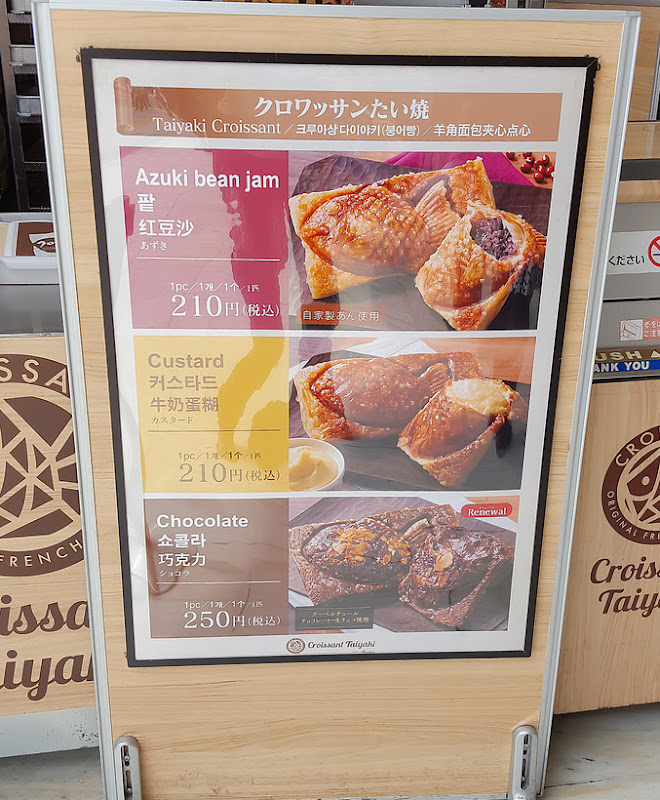