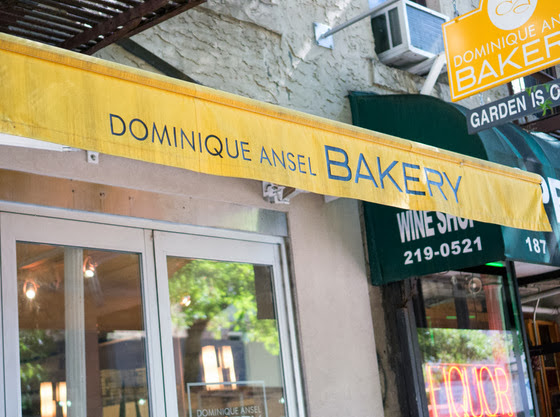 Many of you may recognize Dominique Ansel as the man behind the Cronut craze. However he was already a quite well known pastry chef even before that and has created many other glorious sweets and is continually pushing the envelope with more creations (such as his new magic souffle). 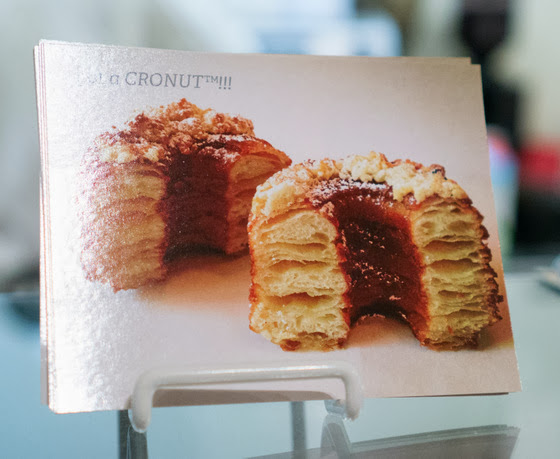 We debated long and hard over whether or not to wait in line for a Cronut. On the one hand, we would have to be in line before 6am to guarantee a spot and then wait until they open at 8am. Once they do open, they only allow a few people in at a time since it’s a small bakery, so there is even more waiting unless you are at the front of the line.

On the other hand, we were in NYC and so close. So much closer than being in San Diego.

In the end, we decided it wasn’t worth the wait. But we did pay the bakery a visit and got some other amazing pastries including the kouign amann, another pastry that Chef Ansel is famous for. 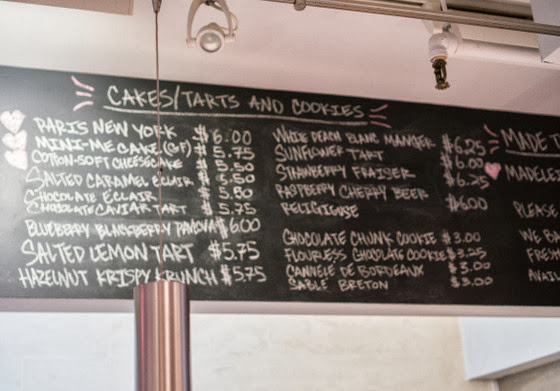 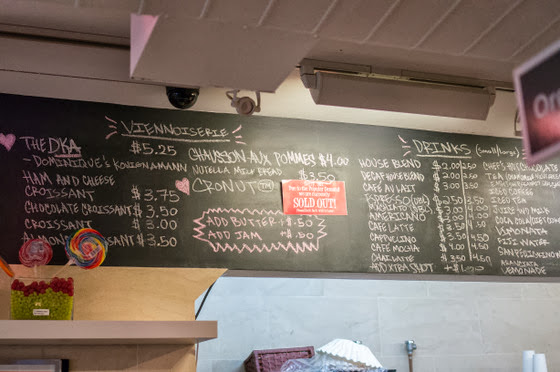 The bakery had dozens of delicious looking cakes on display as well as fresh pastries. I should have taken better photos but I was too busy trying to decide what I wanted. 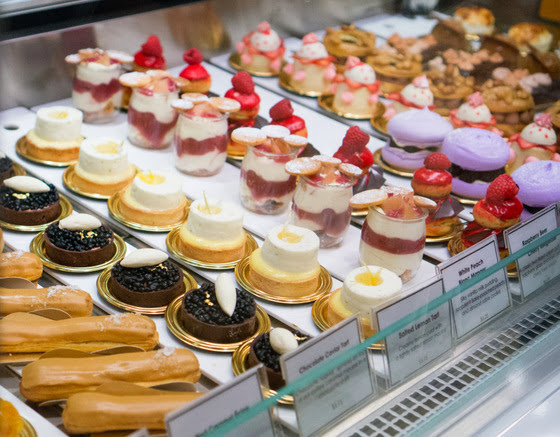 Kouign Amann (pronounced kwee nwa-man), which is called “DKA” for short at the bakery is a Breton cake made of flaky croissant-like dough with a crunchy, caramelized crust. These unassuming pastries look pretty ordinary, but the taste is anything but.

I had to take this photo in a hurry as we got these on our last day and had a plane to catch! 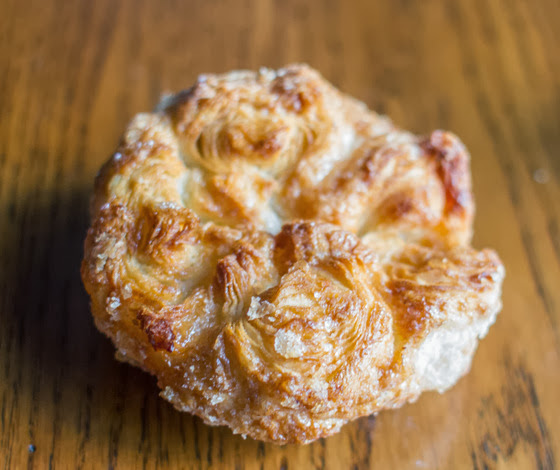 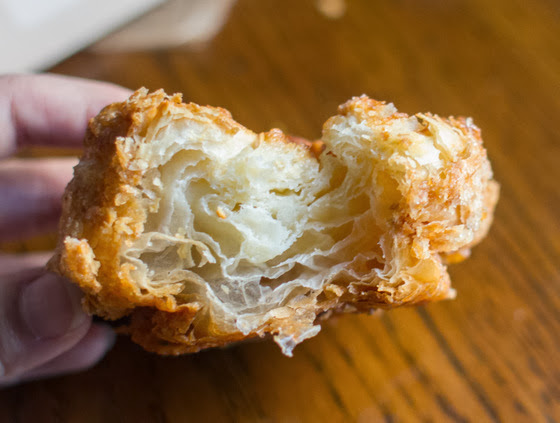 The DKA is not at all oily. It is tender, flaky and tastes impossibly light considering how much butter goes into making it. The outside has a deliciously crunchy and caramelized crust. When you bite in, it feels like you are biting into a puff pastry, but with croissant-like layers. I could not get over how light and airy this tasted. After taking a bite, I could definitely understand why Chef Ansel has even been called the King of Kouign Amann and I did begin to regret my decision for not standing in line for the Cronut. 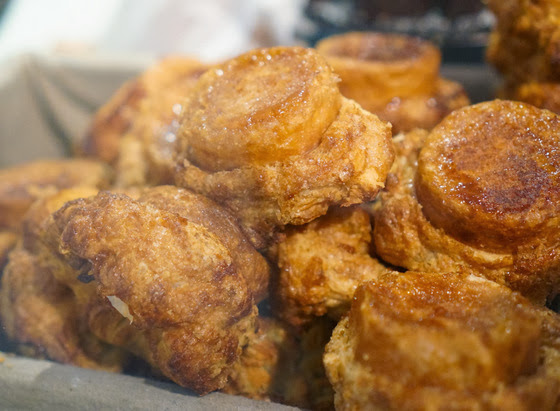 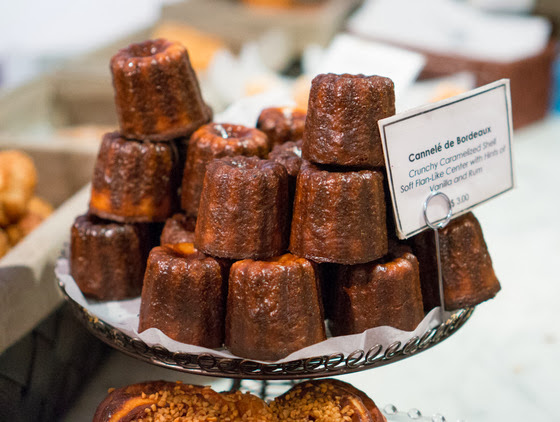 I haven’t really enjoyed any of the canneles I’ve tasted, until I had one here. I’ve known a few people who are obsessed with these and now I can finally understand why. A cannele has a thick caramelized crust with a tender custard in the center. While every version I’ve tasted fits this general description, there was always something missing. I still can’t quite articulate it, but when I bit into Chef Ansel’s version, this was just such an addicting dessert. The caramelized crust gave the cake a chewy texture and the inside custard was just so tender. Other versions I’ve had often the crust is burned or too hard or the custard just isn’t very good.

The bakery also offers mini Madeleine cakes which are made to order. I love cookies and cakes straight from the oven so I can only imagine how good these must taste. Unfortunately you have to wait about 20 minutes and we simply didn’t have the time. 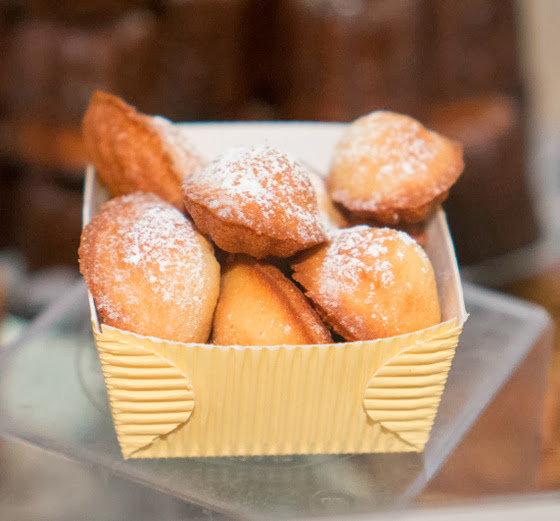 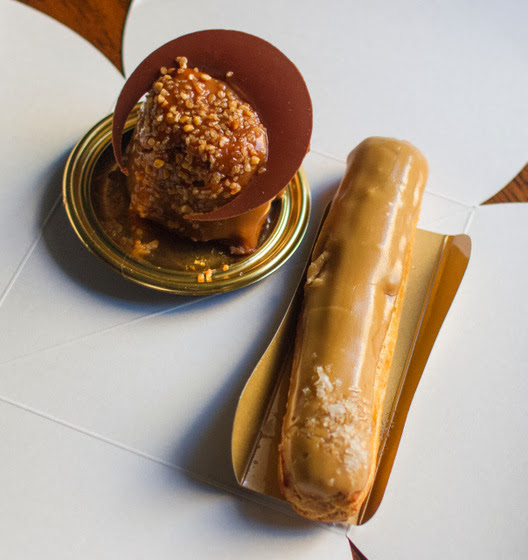 We grabbed these to-go to eat on the plane. Both were excellent. 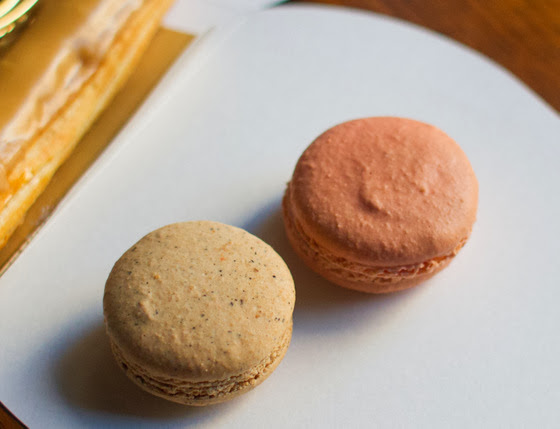 I believe the flavors were hazelnut and guava. Surprisingly, these were the only disappointments of what we had here. I was surprised by how bumpy the shells looked and the cookies just didn’t stand out the way the other items we tried did.

I really regret waiting until our last morning to try out Dominique Ansel Bakery. Had we tried it on the first day, I would have made sure we made multiple visits so I could try more cakes and consume about half a dozen of the DKA’s. I would have also liked to have brought a few canneles home. I am definitely a fan of Chef Dominique Ansel after my visit and can’t wait to return.