A while back, I learned that Emerald Seafood has a late night menu with discounted prices from 9pm-12am.  I have been wanting to go for a while, but I haven’t had a chance because I don’t really dine out so late anymore.

Finally had a chance to try out the late night menu this past weekend. At first glance, the menu seemed pretty extensive.  Here is the menu in English and chinese.  The chinese one is a bit blurry. 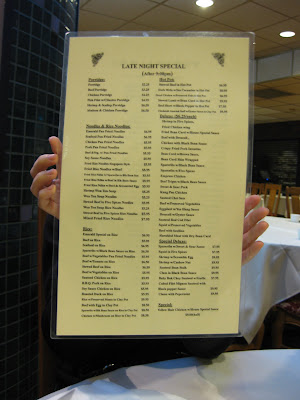 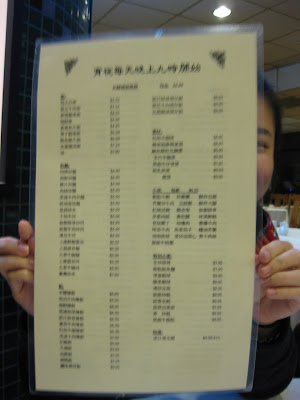 Initially, I was excited by the length of this menu.  I have tried the late night menu at Shanghai City, whic is pretty tasty, except there aren’t that many late night items. However, after browsing this menu, I realized there weren’t many dishes that seemed tasty.  At least not at the cheaper prices.

We ordered a seafood pan fried noodle dish.  I thought the quantity was pretty good for the price. There was a good amount of scallops, squid, shrimp and fish.  The noodles were crispy. Delish! 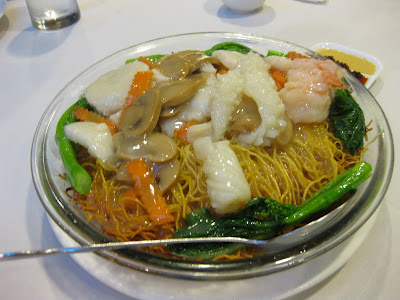 We also got a beef stew hot pot.  Inside were tender pieces of beef and tendons. 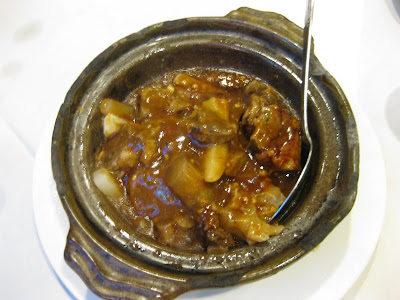 We also got a roasted duck on rice dish.  I found this to be pretty disappointing.  The duck was too salty, dry and had very little meat. 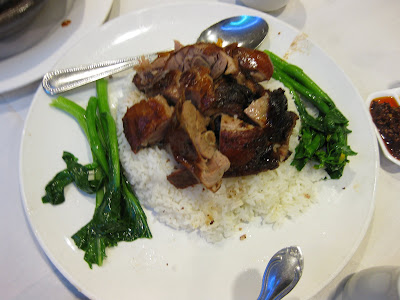 We also ordered a black bean sauce tripe.  The tripe pieces were too big and should have been cut into smaller pieces.  There also wasn’t much tripe in this dish. 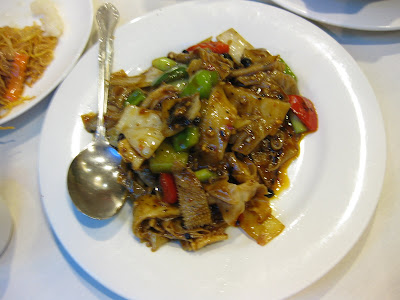 Finally, we got a sauteed fish.  This was made pretty well.  The fish was tender. 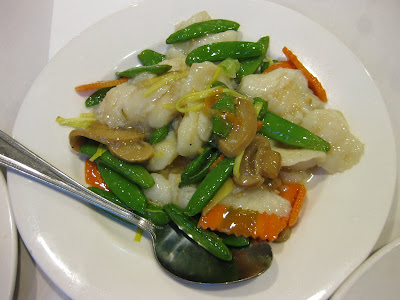 Overall; I was disappointed with the discounted menu options.  At Shanghai City, they offer several classic Shanghai dishes for about $7.  Emerald’s dishes around $7 did not contain many seafood items or classic cantonese dish items.