Nope, this isn’t about tasty cross buns. However, it’s almost as
interesting without the calories. As we were headed to a restaurant as
we are usually on the road for, I spotted this truck pass as we were
getting on the freeway. The chase was on! 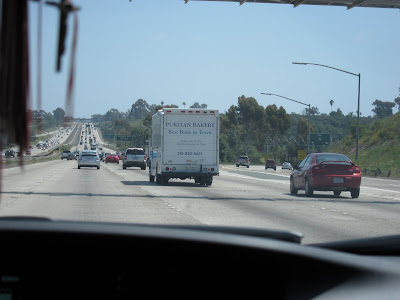 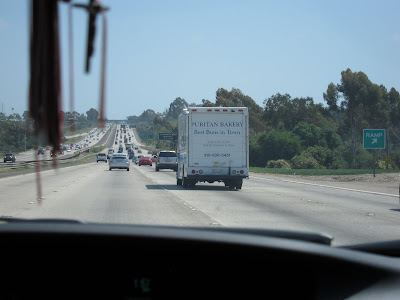 Fortunately, Kirbie and her baby brother along with baby brother’s
girlfriend were in the car to take quick pictures. The experience was
akin to an action movie car chase, except for the sad fact that the
protaganist wasn’t chasing for glory and victory but just a photo of a
potentially funny image. Interestingly enough, the truck was headed to
the same area or something because we were able to get a clear shot
when we got off the freeway and had come to a stop light. Finally,
after the entire chase we were able to admire what I had caught a brief
glimpse of. 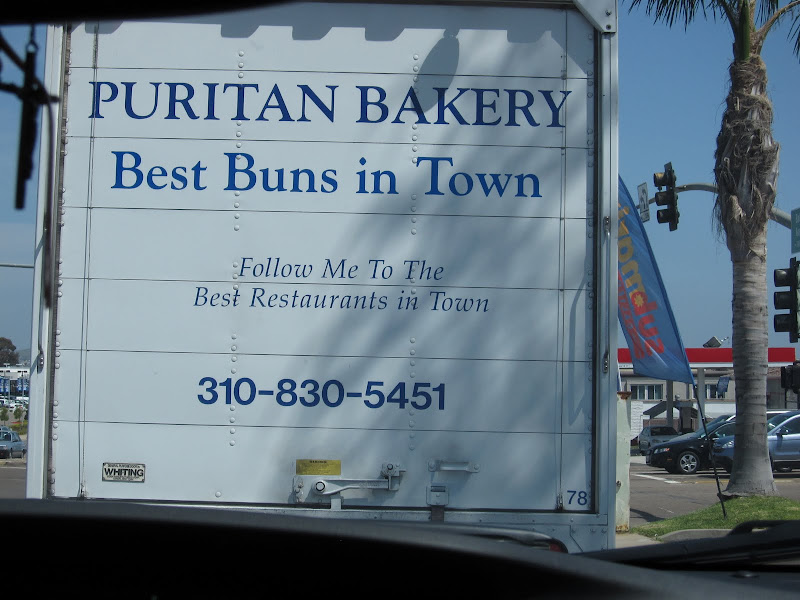 PURTIAN BAKERY Best Buns in Town! Maybe the people who chose the phrase
for their company weren’t reading it the same way I was, but it put a
good smirk on my face. It was well worth the chase to get a clear shot.
I’m not a Puritan, but I’d go here just to check out how good their
buns really were. I’m talking about the bread, its a bakery after all
and I love pastries…