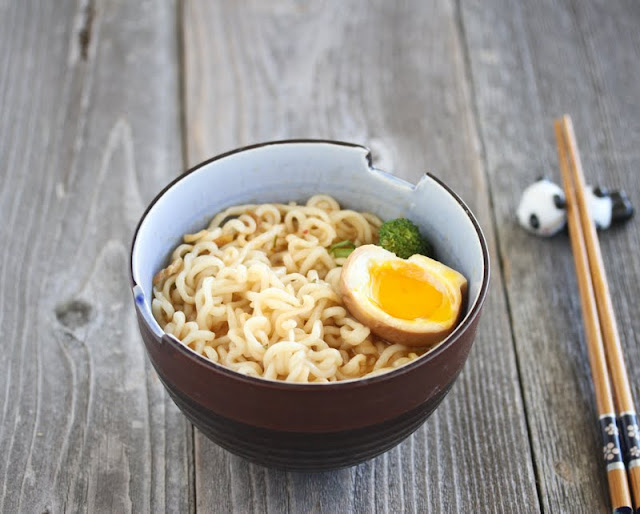 One of my favorite things to get at Japanese ramen shops is the ajitsuke tamago, a perfectly soft boiled marinated egg, with the center still a creamy, runny custard. I didn’t know how to make one until I came across a tutorial on Serious Eats.

It seemed easy enough, so I immediately set to making my own. Well, it wasn’t as easy as it seemed in the tutorial, as evidenced by the entire box of eggs I went through. But I finally came up with a decent homemade version, though not nearly as pretty as the ones I get at the restaurants. 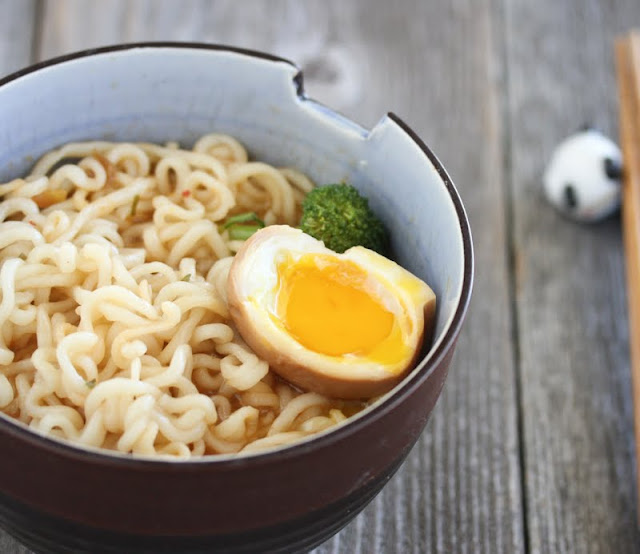 But practice makes perfect so I plan on trying a few more times until I get it completely right. The nice thing is that you can make a few and refrigerate them and eat them over a few days.

The hardest part is figuring out when your eggs are cooked to the desired doneness. Serious Eats says exactly six minutes. But I found my eggs were still too unstable at 6 minutes. It’s a matter of trial and error, and I’m sure it will vary for each person.

Once you figure out the timing for the egg, the rest is pretty simple. You peel the egg carefully (it really helps if you add some vinegar when you boil the egg and if you use a spoon to remove the eggshell), then you dunk it in marinade. 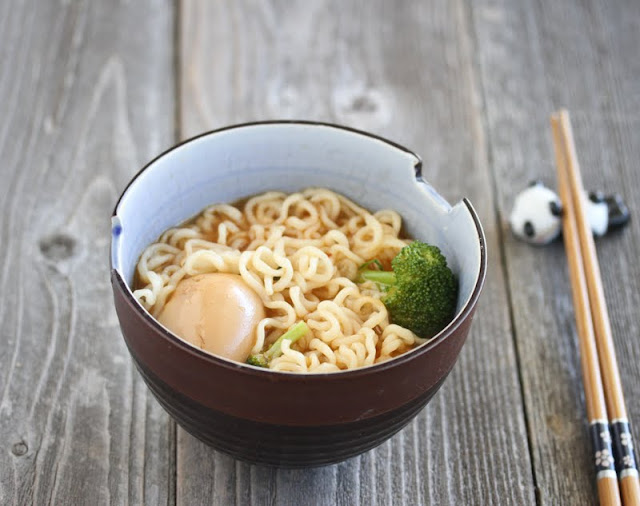 I would have loved to use some thick tsukemen broth or some leftover marinade from the Chinese five spice soy sauce chicken I sometimes make, but I didn’t have any on hand, so I used the recipe provided in Serious Eats. It needed some adjusting because I found the sauce too sweet. If you have some tsukemen broth or have just made a batch of five spice marinated chicken, those broths will work best because it has the richness of the meat and bones which the quickie marinade option does not. 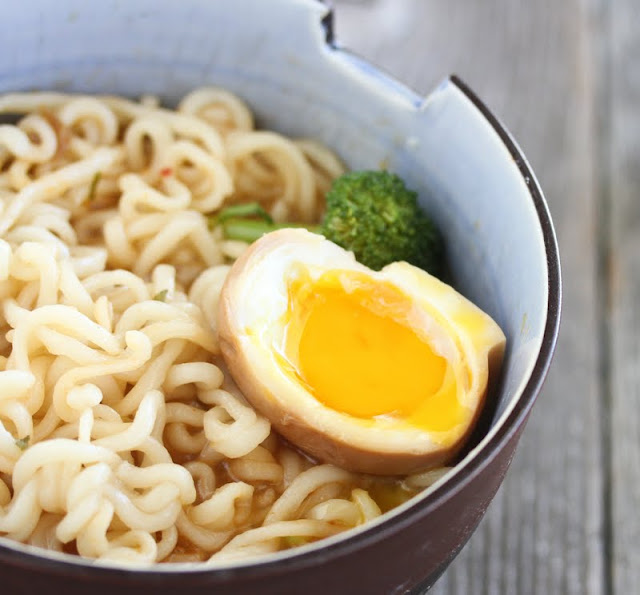 You dunk the eggs for a few hours, but no more than 12 according to the SE article. SE’s method for keeping the entire egg under the marinade so that the eggs don’t float up is to place a paper towel on top. I ended up using a few spoons to weigh down my eggs (one per egg). Sorry I don’t have step by step photos. But there were so many trial and errors that it made it difficult to document. Once I get it down smoothly, I might update with some photos. 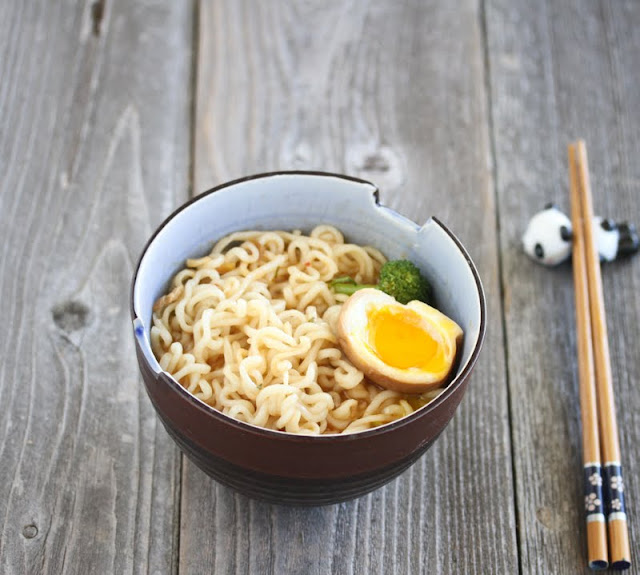 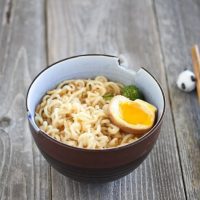 Servings: 6
Prep Time: 8 minutes
Cook Time: 7 minutes
Total Time: 15 minutes
Course: Main Dishes
Cuisine: Japanese
One of my favorite things to get at Japanese ramen shops is the ajitsuke tamago, a perfectly soft boiled marinated egg, with the center still a creamy, runny custard. It's all about the timing with these eggs to achieve the right consistency and can take a few tries to get right.
Print Pin Rate

Did you make this recipe?I'd love to see it! Mention @KirbieCravings and tag #kirbiecravings!
Posted in: Appetizers/Side Dishes, Asian dishes, Recipes
10 Comments // Leave a Comment »