On a recent LA trip, the BF and I stopped by Lu Dumpling House, which is owned by the people who own MaMa’s Lu. Being a big fan of Mama’s Lu, I had to check it out after reading about its opening on mmm-yoso.

Lu Dumpling House is a very small restaurant with only a handful of tables. It is only open Mon-Sat and only until 6pm. It seems most of its business is selling the frozen dumplings, which you can see the employees making in the kitchen. While the short hours may be a negative for some, I was happy to see that they are open in between lunch and dinner hours.

For our last few road trips, BF and I have been trying to make them shorter. We haven’t been able to visit Mama’s Lu since they are closed in the afternoon.

Once seated, we were given some complimentary peanuts and pickled cucumbers. 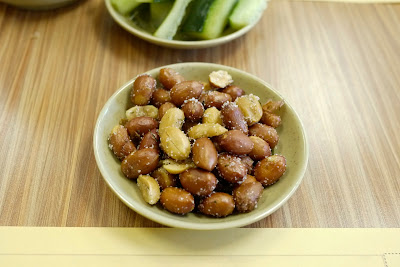 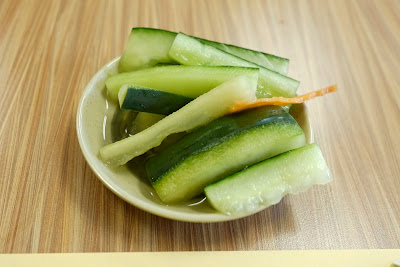 We ordered the scallion pancake, one of my favorite items from Mama’s Lu. For some reason while this pancake tasted good, it didn’t taste as good as I remembered from my visits at Mama’s Lu. Perhaps they didn’t cook it in enough oil or something. I’m not sure, but something was off. 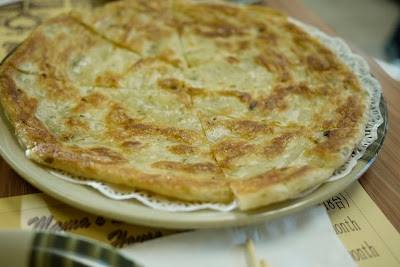 I wanted to choose some dumpling flavors that I hadn’t tried before so we chose fennel pork dumplings. 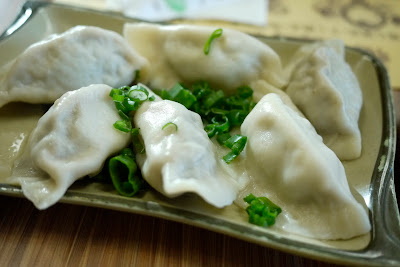 The fennel taste was really strong, which took a little getting used to but I really enjoyed these and loved how juicy they were. 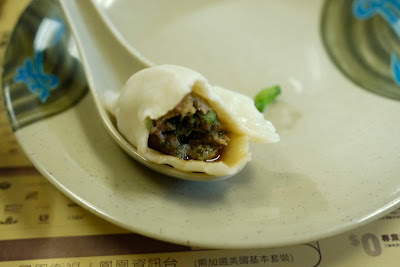 We also got some pumpkin and pork fried dumplings. I thought I would like this more but I didn’t really like this one and neither did the BF. I think the pumpkin flavor didn’t go very well with the pork filling and was a little bland. 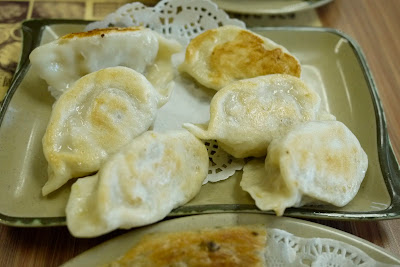 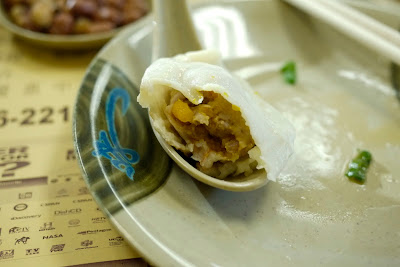 I’ve tried to get frozen scallion pancakes and chive pockets from Mama’s Lu but they are often sold out. I had a hunch that with Lu Dumpling House I would have a better chance of getting them since they were mainly doing business through selling their frozen dumplings. Sure enough, I was able to get bags of each.
Service was great and we’ll definitely be back to pick up more frozen dumplings. The dine in menu unfortunately is not as big as the one at Mama’s Lu. Here is the menu here: