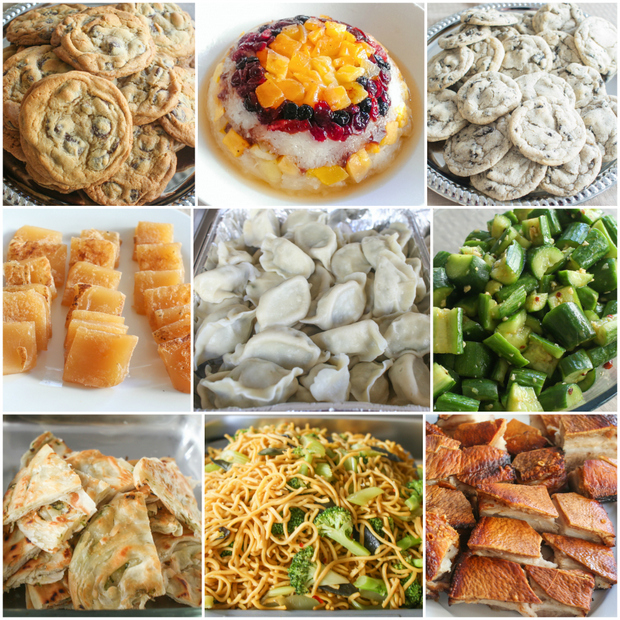 Today is Lunar New Year’s Eve, which is traditionally celebrated with various food and festivities. If you’re looking for ideas of something to make, I’ve included a round-up of Chinese recipes at the end of this post. I also wanted to share some photos from the Lunar New Year party I had over the weekend.

Growing up, Lunar New Year was always a big deal in my family. After I moved away for college, my roommates and I would have people over for dumpling folding parties or to go out to eat hot pot.

The last few years though, after my siblings and cousins left San Diego and it has just been Mr. K and I, we’ve barely celebrated the holiday. We hit an all-time low last year when we didn’t do a single thing until it was 9 PM and I suddenly decided we had to go out for Chinese food to commemorate the occasion. It wasn’t even good Chinese food and in fact the restaurant closed down soon after. It was during the sad dinner that I vowed to turn things around this year. So, I decided to throw a party!

We invited some good friends over and I attempted to try to cook for about 16 people. Since I share so many recipes on this blog, I knew people would be expecting me to make everything, so I made almost everything from scratch, though we ended up buying the dumplings because Mr. K refused to help me fold a hundred dumplings. It was a lot of fun and I think everyone had a good time. Some of the food didn’t turn out quite as I wanted it to–I haven’t quite mastered trying to cook so many dishes all at the same time.

The last hour before guests arrived was a really big scramble. No matter how many times I am determined to get everything done early, it never happens and the morning hours just get away from us. I did manage to have about 5 minutes to spare and take a few pictures before the first guests arrived. I tried to include some of the traditional dishes served during Lunar New Year, but I didn’t go too crazy trying to include them all. If you’re curious about the holiday and the symbolic foods eaten during this holiday, you can read my previous post here. 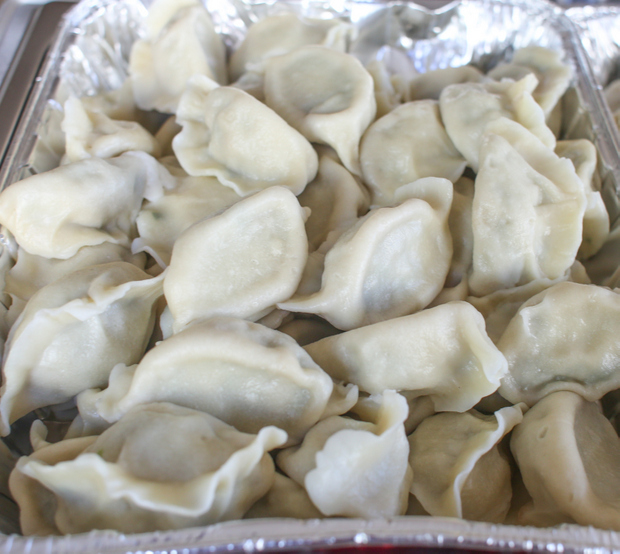 Dumplings are often eaten during New Year’s because they are folded in a shape that resembles ancient currency, so eating them should bring fortune in the new year.

We bought these frozen dumplings from 101 Noodle Express in Irvine. I’ve made my own homemade dumplings in the past but Mr. K refused to help me fold so many and wanted to go buy them instead. While most Asian supermarkets sell frozen dumplings, I don’t really care for the artificial preservatives and so if I buy frozen dumplings, I like to buy them from Chinese restaurants which make them in-house and make their own dough.

Our friends raved about the dumplings. I think it was the most popular item of the day, so I think it was worth the effort of taking the road trip to go buy them. 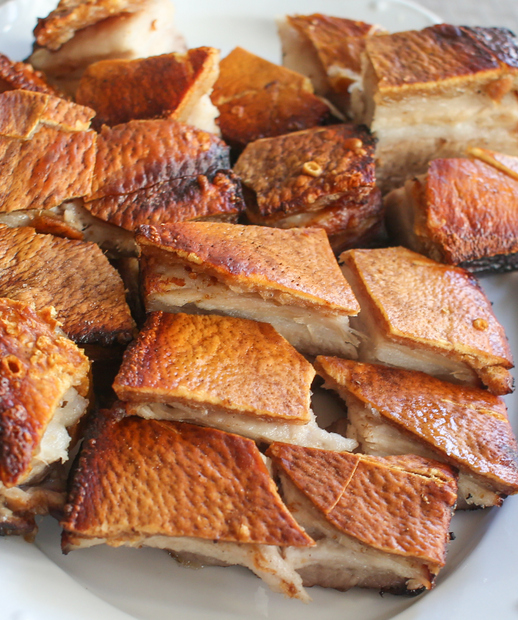 This is one of the dishes that suffered during my multi-tasking. I’ve made it about half a dozen times now with no issues, but this time the skin did not come out right. Instead of golden and crackling, it came out flat and a little overcooked. The meat was still juicy and the skin was actually very crisp like a chip, but it was a bit too hard for me and I’m so annoyed that I let it sit in the oven too long. 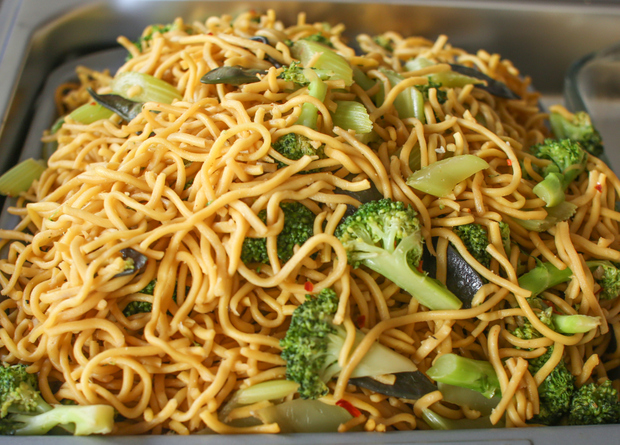 Noodles are usually served because they represent long life. My wok couldn’t quite handle so many servings of Lo Mein so we ended up making them in several batches. 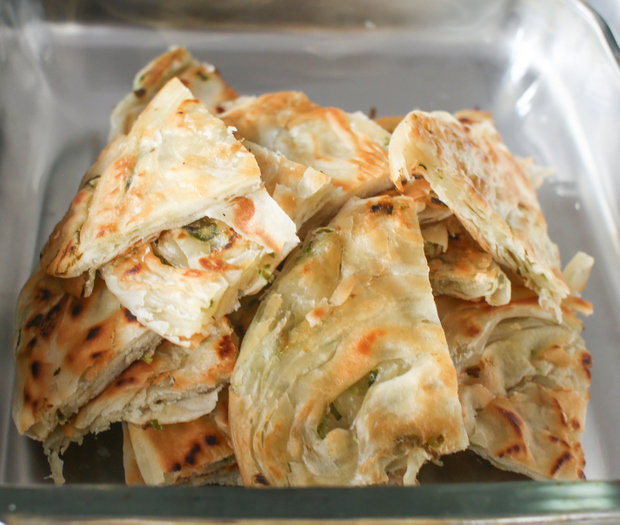 For some reason, these didn’t quite have as much scallion flavor as I usually prefer for my pancakes. I really need to practice being able to cook for a large group. 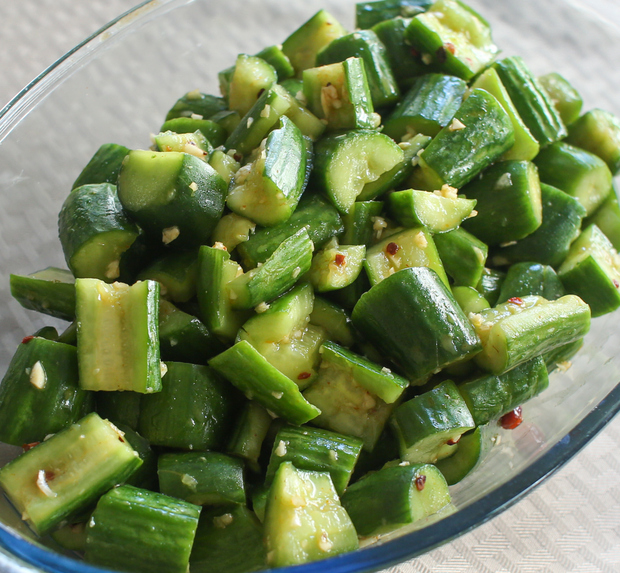 I wanted some more vegetables and I really love this dish. Plus it’s supposed to be eaten cold, so I didn’t need to worry about trying to make i stay warm. 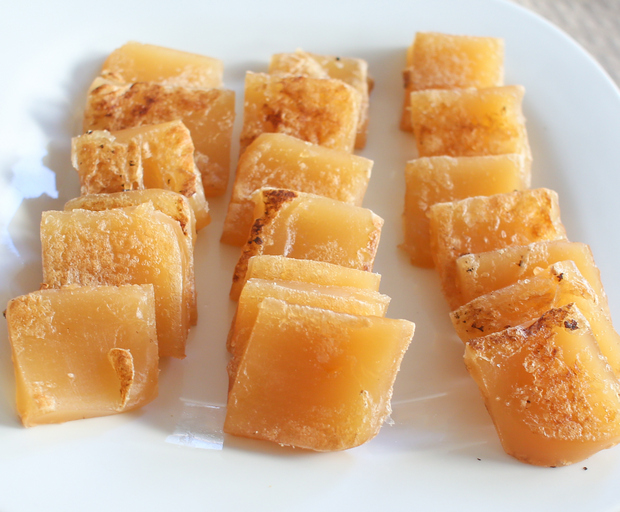 Of course, since it was a New Year’s party, I had to serve New Year’s cake. It is supposed to be good luck to eat it because the cake name is a homonym for “higher year.”  The cake is a simple steamed cake made of glutinous rice flour and brown sugar. It has a chewy, mochi-like texture. It’s usually cut into squares and pan-fried, which is what I did here. 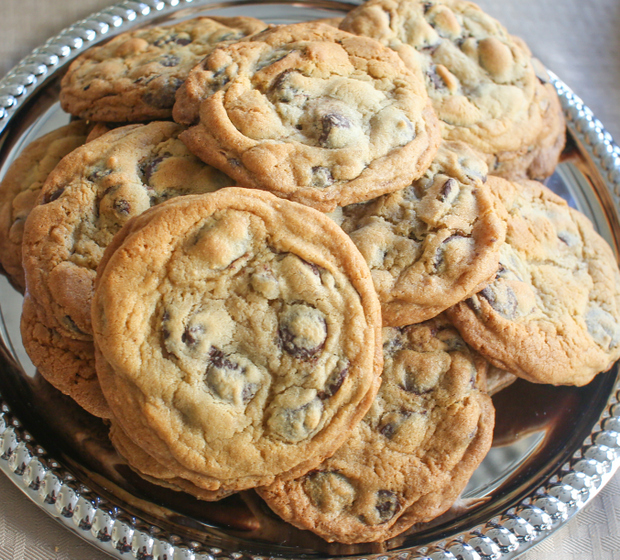 So, breaking from tradition, I wanted to serve some of my favorite dessert recipes. It’s been awhile since I  made the New York Times cookies because they take so long to make, but I had a few friends hinting that they missed them, so I decided to bake some. Yes, the recipe is a little complicated but these are the best chocolate chip cookies I’ve come across and worth the effort. Everyone seemed to really enjoy them. 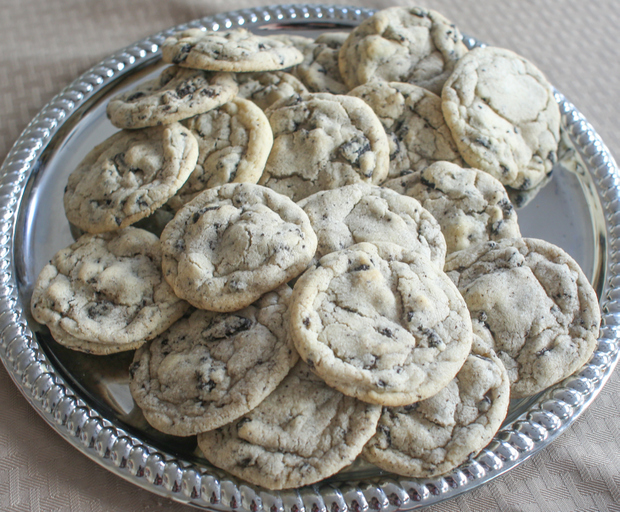 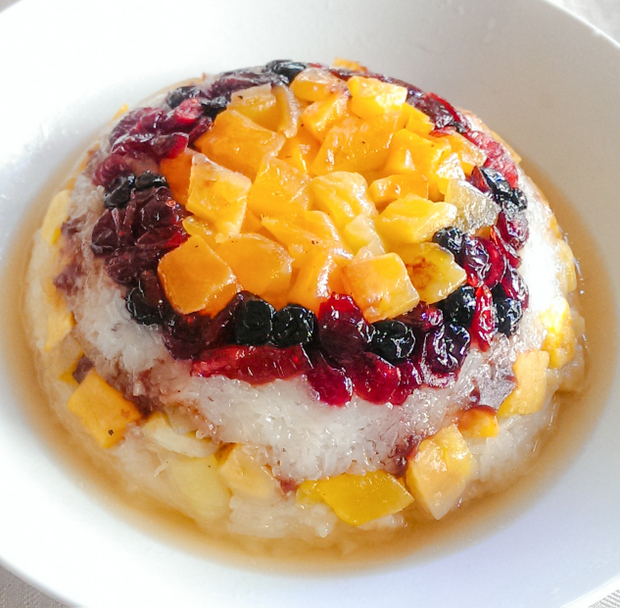 One of my friends brought over this beautiful eight treasure rice dish she made. This has been on my to-do list, but I’ve never made it before. It’s a sticky sweet rice that is layered with 8 different ingredients or “treasures.” 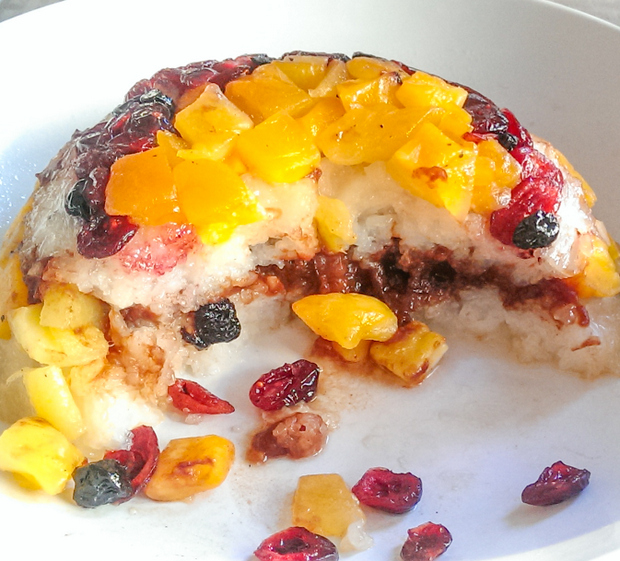 Some of the common ones include dried fruits, red bean paste, and sweetened nuts. Hers was so lovely. Now I need to make my own!

Overall, the party seemed to turn out pretty well. We had a good time hanging out with our friends and hopefully they had fun too. Happy Lunar New Year’s Eve!