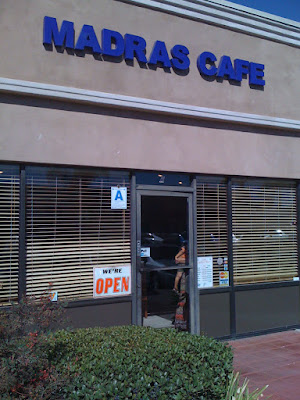 After I visited Ashoka the Great, a few people recommended that I try out Madras Cafe, which features Southern Indian vegetarian food, and is in the same plaza as Ashoka.  As a result, Madras Cafe has been on my list of places to try for quite a while.  You can read a great post on Madras from Kirk at mmm-yoso.  Getting Boyfriend to go try it with me was a bit tricky.  Boyfriend is very big on meat and is not a fan of vegetables.

I waited for a day he was in a pretty good mood and was distracted to casually announce that I wanted to try out Madras Cafe, a vegetarian Indian place that had gotten good recommendations from quite a few people.  I don't know if he was actually listening, but he didn't protest.  So off we went to Madras Cafe.

We opted to try the buffet so we could sample a bunch of different dishes.  The buffet has these metal trays and little individual bowls you can put in your trays, so that the dishes don't mix.

I don't know the name of many of the dishes, so I'll just show pictures.  (I forgot my camera unfortunately so I had to rely on my camera phone) 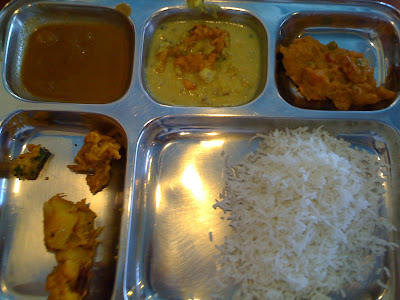 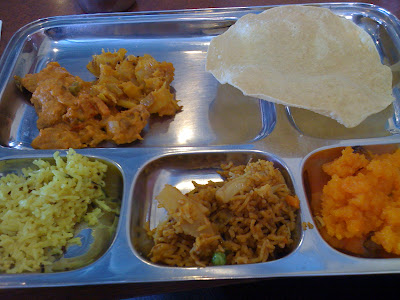 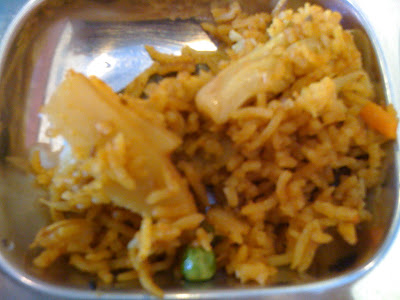 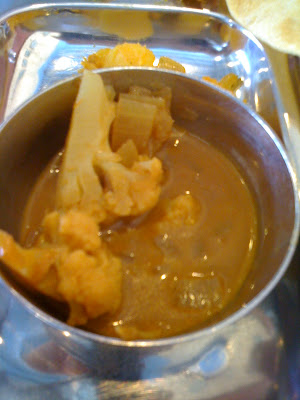 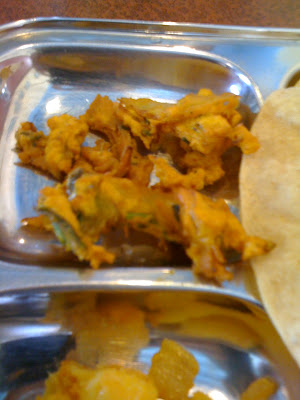 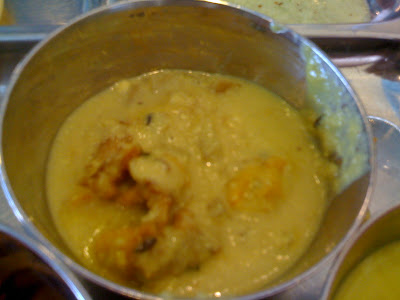 A lot of the dishes were spicy, which I liked.  I particularly liked the rice and the potato dishes. There was also a good eggplant curry.

Shortly after we were seated, we were given fresh hot dosas.  Dosas are
like a crepe.  The inside was filled with a potato curry.  I liked the
dosa.  It was crispy on the outside and I liked the curry filling. 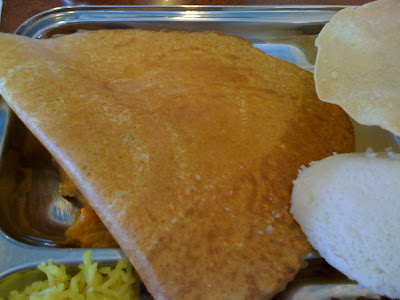 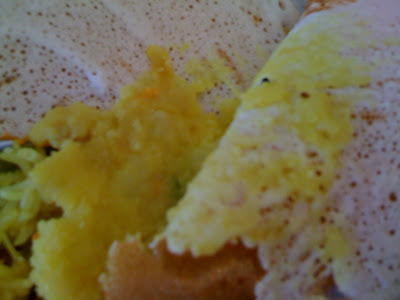 We
also got hot Idlis, a type of rice cake. I didn't really like this. 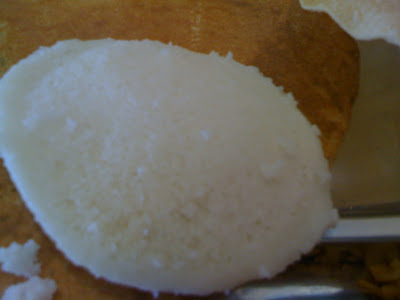 There were two desserts.  One was this orange colored dish.  The waiter said it was cream of wheat.  I didn't really like the texture of it.  There was also this tapioca pudding with coconut flakes.  I enjoyed this one more. 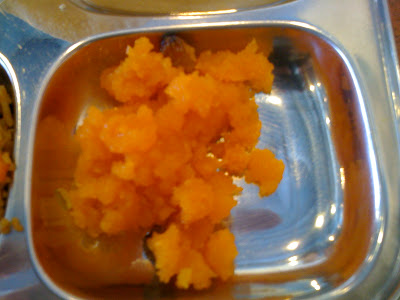 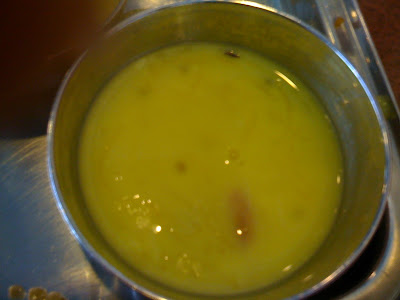