by Kirbie
Jump to Recipe
1626 shares

A quick and easy shortcut method for making steamed eggs. This method is faster than the traditional steamed method for cooking, but still produces an egg custard dish with a silky and smooth texture. 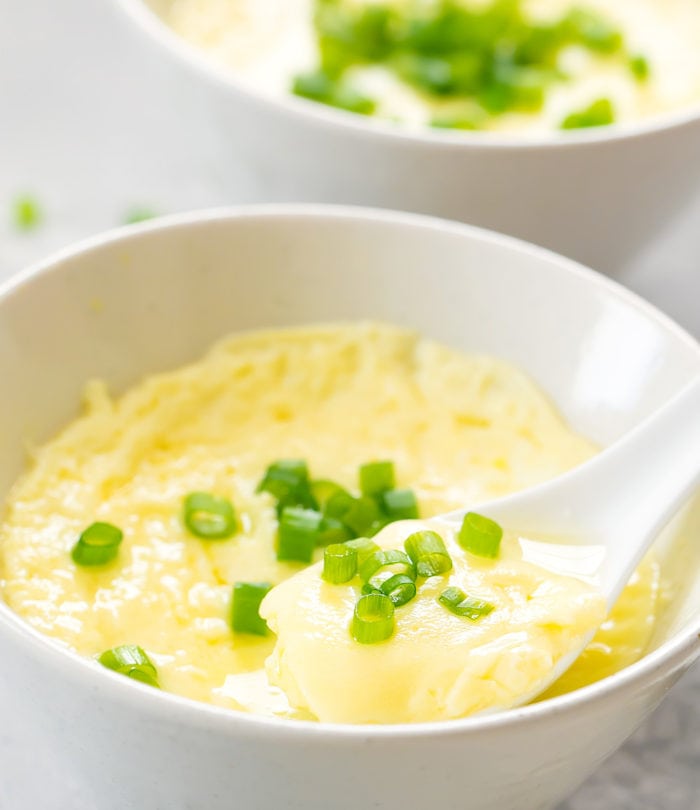 I love eating steamed eggs. It’s healthy, delicious and easy. I previously shared traditional recipes for steamed eggs including Instant Pot Chinese Steamed Eggs and Korean Steamed Egg. And while I love making those traditional versions, the microwave version is the version I make most often because it is just so much faster.

When my siblings and I were little, this was the first dish we were allowed to cook unsupervised. We would often make this in the morning for breakfast, so this is a dish I’ve been making most of my life.

The egg custard won’t be quite as pretty (it wrinkles more when cooked in the microwave), but the texture is still soft and smooth. If I’m cooking this dish for my family, I’ll use one of the traditional methods. But if it’s just me, then I will just make a quick microwave version. 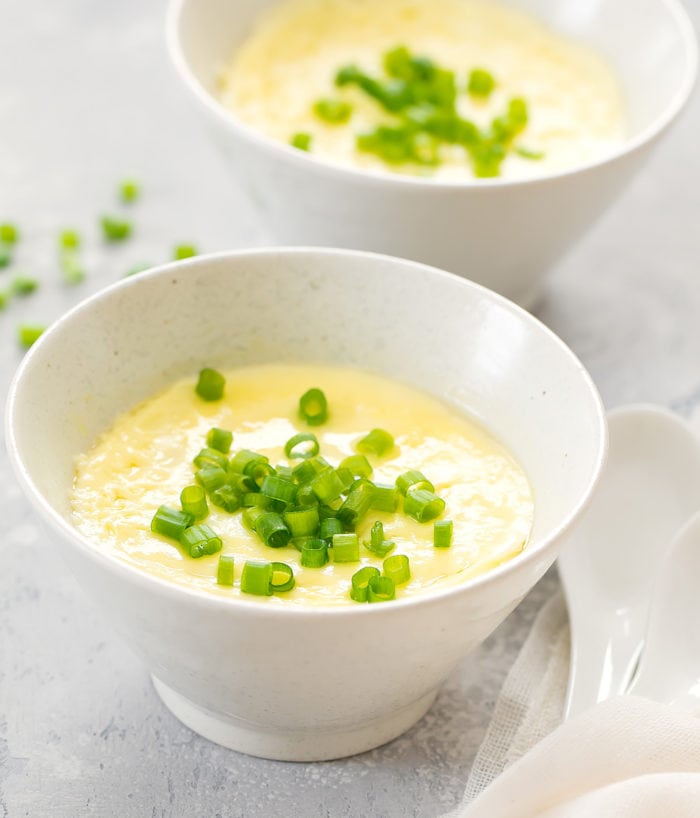 Steamed eggs cook the eggs much slower, which allows them to cook more evenly and develop a very soft and silky texture. When done correctly, the egg custard will look very smooth and pretty.

Microwave steamed eggs cook the egg much faster. As a result, the eggs are a little firmer and the cooking is a little uneven. You may have parts of the custard that are slightly more cooked, but overall the texture is still very soft– just not as soft as the steamed version. The microwave version also will not look as pretty. The surface of the custard will usually be more wrinkly.

How to Make Steamed Eggs in the Microwave 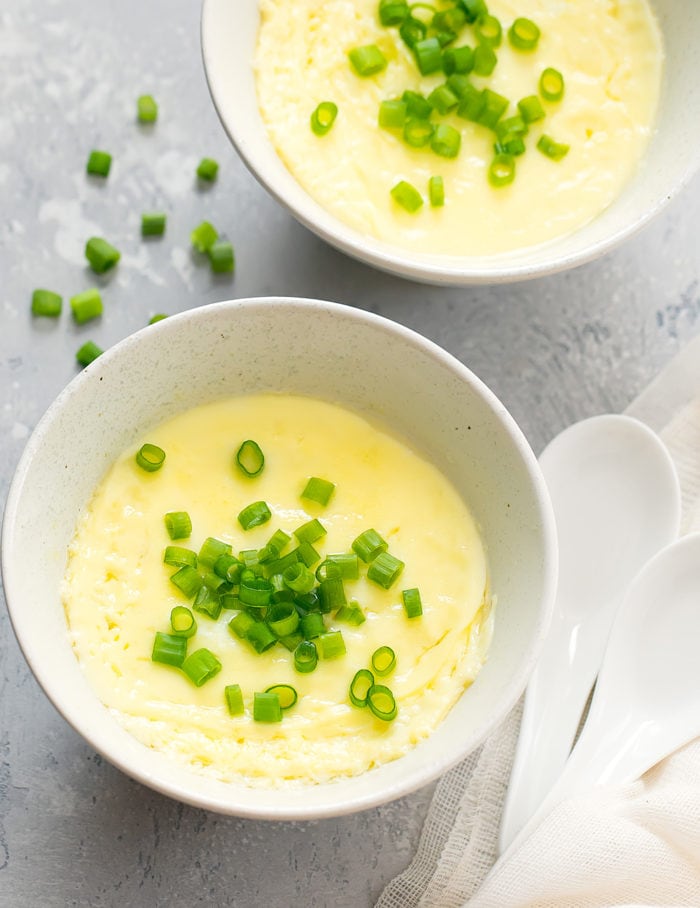 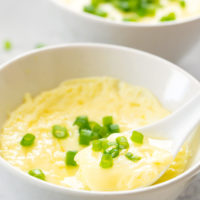 Did you make this recipe?I'd love to see it! Mention @KirbieCravings and tag #kirbiecravings!
1626 shares
Posted in: Asian dishes, Chinese, Microwave, Recipes
18 Comments // Leave a Comment »