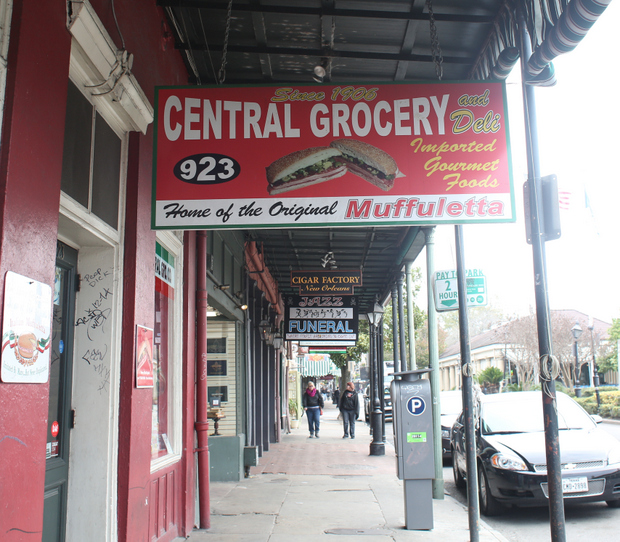 While researching my trip for New Orleans, I came across the muffuletta, a popular sandwich in New Orleans originally invented at Central Grocery.

I’ve never been much of a sandwich person,but this was one of the highlights of my trip, and one of my biggest regrets was not buying another one for the plane ride home.

Central Grocery is a small, Italian grocery store and deli. It is located on the same street as Cafe Du Monde, so right after our morning beignets, we headed over.

The sandwich is quite large, about 10 inches in diameter. Luckily you can order a half order or a quarter order. But we ordered a whole one, just so we could marvel at how big it is.

Look, it’s bigger than my face! 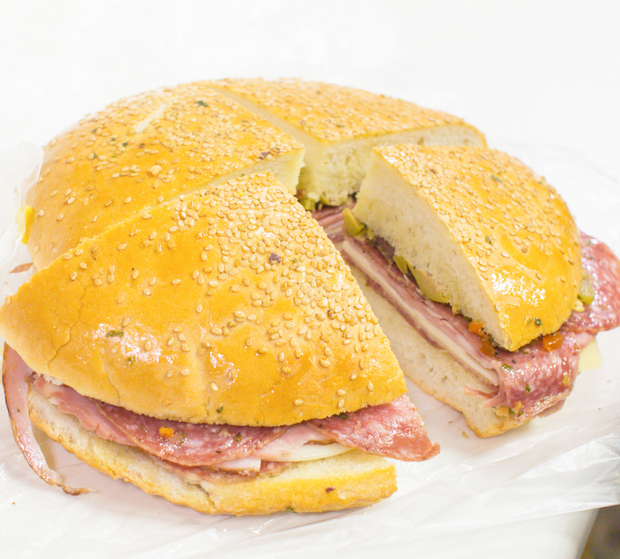 The sandwich is made of a muffuletta bread, which is similar to a foccaccia, but lighter and with a crispy outside. The sandwich is layered with olive salad, mortadella, salami, mozzarella, ham, and provolone.

On paper, I was prepared to dislike this sandwich. I don’t really care for deli meat sandwiches, I prefer my bread to be toasted, and I don’t like olives. But somehow, it all worked. And it was one of the most delicious sandwiches I’ve ever eaten. 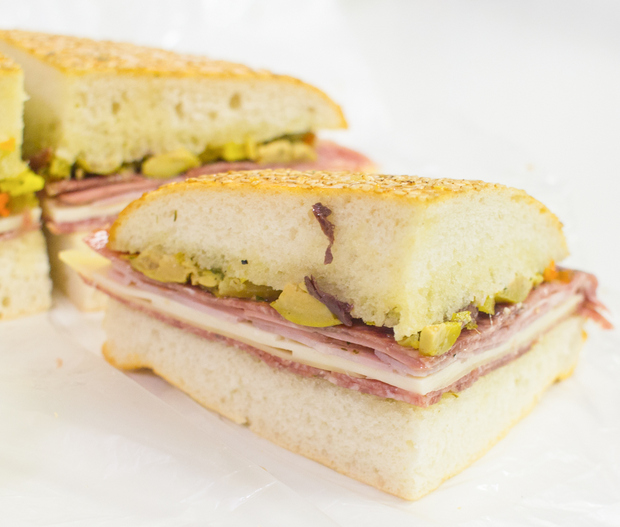 A view from the bottom side: 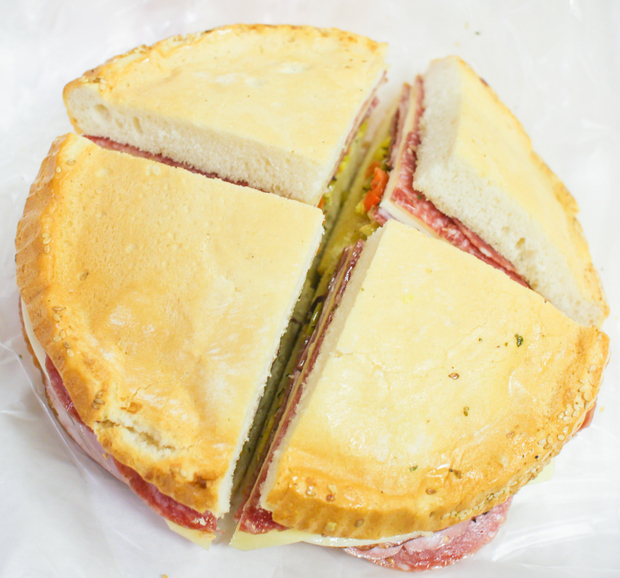 The bread was soft but firm, the olive salad was marinated in a way that the flavor didn’t bother me, and it had just the right balance of meats and cheeses. We also tried another version during our trip at a restaurant that was more cheffy, where they toasted the bread, used fancier ingredients, but I actually preferred the original.

If you are making a trip to New Orleans, I highly recommend you try the Muffuletta from Central Grocery while you are there.

6 comments on “Muffuletta from Central Grocery”