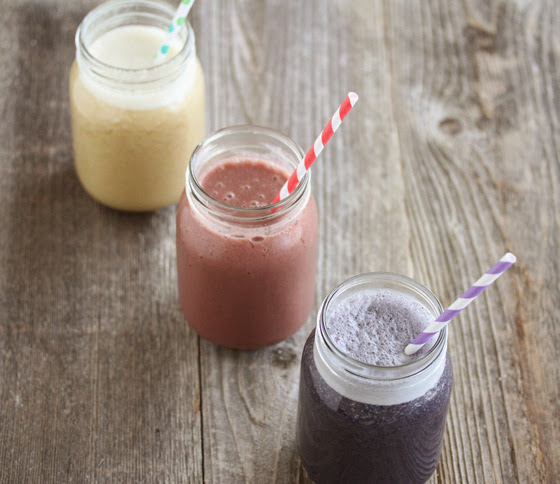 It seems everyone I know has done a juice cleanse of some sort. For the longest time, I had no interest in trying one, especially because I couldn’t imagine days of only drinking juice and not eating anything solid.

But after hearing positive experiences from several friends, I was curious. And after being sick nearly a month from what started out as a small cold, I thought it was time for a detox.

So when I was approached with an offer to try the Kaeng Raeng detox cleanse, I decided to give it a shot. What immediately appealed to me was that you are allowed to eat during the cleanse, it just has to be raw foods.

I was sent the beginnger’s 3 day detox plan. Freeze dried fruit smoothie pouches were delivered to me. To make the smoothie, you simply add water to it and blend it into a smoothie. You can add ice if you want it extra thick. 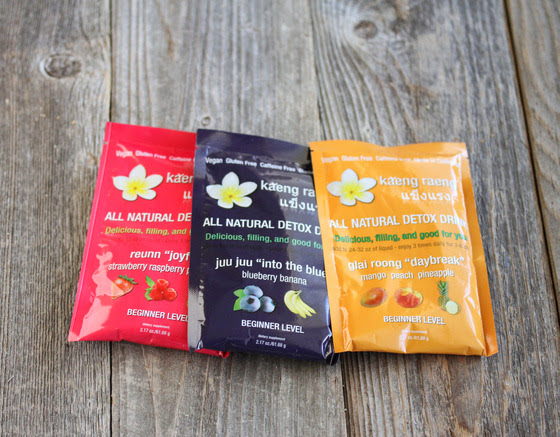 Each pack is supposed to be consumed with at least 24 oz – 32 oz of water (3 to 4 cups). And one pack equals one meal supplement. The first thing that I noticed was that even though this is a fruit smoothie, each serving had a very low amount of sugar, which had been a big concern of mine. You can view the nutrition facts here.

I was pleasantly surprised to find that these smoothies did keep me full. I won’t lie. I didn’t completely stay on the cleanse. It wasn’t that it left me hungry. I just had too many food temptations lying around that I couldn’t completely forgo for three days.

But they did leave me full. On Day 1, I got through almost the entire day feeling full and satisfied from the juices. At midnight I caved and ate some Doritos because I missed my nightly snacking routine. Mr. K saw the crumbs on my mouth and commented “I thought you were on a cleanse. Fail” Then he shook his head at me and made me feel so guilty.

On Day 2, I decided that rather than try to do the cleanse completely, I would let myself eat some foods, but keep it super healthy (i.e. salads, grilled fish and egg whites) and use the juices to keep me full and squelch hunger pains. That worked out much better and I prolonged the juice program from 3 to 6 days since I wasn’t drinking as many a day.

In the morning, I’d drink a pouch. Lunch would be something really healthy. In the afternoon, when I started to get hungry again, I would take out another jar of juice and take a few sips and feel much better. After dinner, I would drink more, which stopped me feeling the need for desserts and tons of snacks after dinner.

So I didn’t follow the cleanse exactly, but I still felt like it helped. I ate much cleaner and healthier for a week thanks to the Kaeng Raeng smoothies.

One thing about the smoothies is that after they are blended, if they sit around, the fruit particles and water will separate so you do have to shake it again before drinking. I found it was best to carry mine in mason jars. Not only were they easy to bring to work without worrying about leaking, but it also allowed me to easily shake the smoothie before drinking. And I was able to divide them out: 2 jars of juu juu for breakfast, glai roong for afternoon, etc.

Flavorwise, I enjoyed the taste of all the smoothies. I felt like the juu juu was more filling, likely from the banana. The glai roong was the sweetest.

Having never done any other juice or detox cleanses, I don’t have much of a comparison point, but I liked my experience with Kaeng Raeng. You can read more about Kaeng Raeng here.

Please note: I was sent a complimentary 3 day beginner pack for review purposes. I was not compensated for the review and my opinions are my own.

I hope everyone has a great rest of the weekend and Happy Father’s Day!