Happy weekend everyone! As a result of several things (viewing Taiwan foodblogs, becoming interested in taking good food pictures with my camera, searching through my old pictures), I'm dedicating this post to sharing some of my food experience in Taiwan from last summer.

So when I went to Taiwan last summer, I took my camera with me and I took a ton of pictures — or so I thought. I also ate a lot of food.  Fancy food, street vendor food, homemade food.  From morning until night I was always eating.  And yet, for some reason, I didn't take pictures of all my yummy food! Perhaps I knew if I did, I would end up craving foods I don't have access to.  I don't know.  All I know is that I was going through my pictures and realized that despite eating massive amounts of food, I had very few pictures of the foods I ate.  Here are some of the pictures I did remember to take: 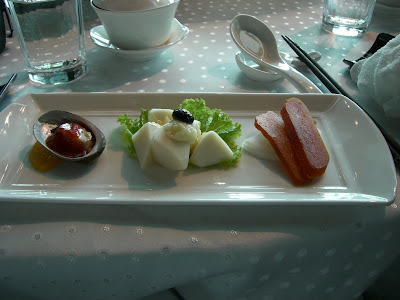 This was taken from a restaurant inside Taipei 101.  I don't remember the name, except that it is one of the restaurants on the top floors that need advanced reservations.  The food was beautifully presented, but tasted just okay.  The view from up high was gorgeous though.  This was one of those 8-course meals (I think it was 8. I didn't take pictures of every course).  This dish featured a mussle, fresh bamboo and it looks like some sort of preserved ham-type meat. 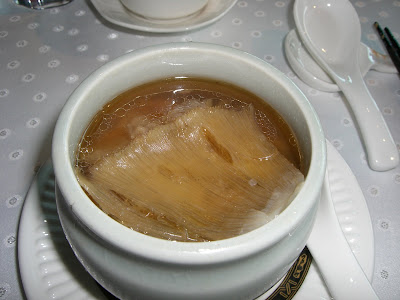 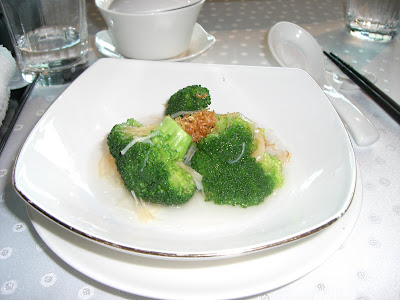 Still at the same restaurant, here is some broccoli with little bits of dried scallop on top.  Beautifully presented, but the taste was just alright.  Nothing really stood out about it. 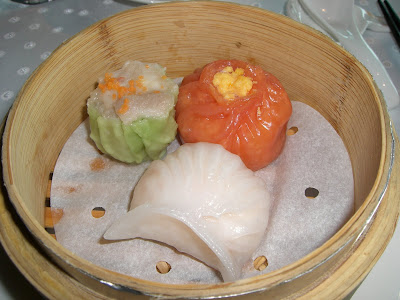 This was the highlight of the meal for me.  It is also one of my favorite food pictures ever.  I love how pretty the dim sum dumplings look, with the different colors.  The reddish one had a tomato based skin.  I don't remember what was inside. The green one had some sort of vegetable tasting skin and is a pork shu mai.  Finally there is also a shrimp har gow at the bottom of the picture.  Such a pretty presentation and yummy too! 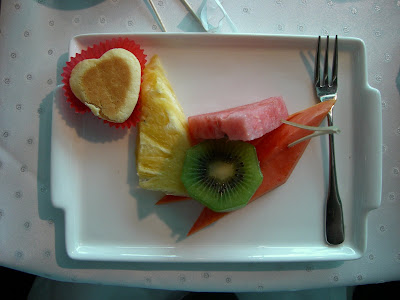 This was dessert. I liked the plating of this.  The bottom is papaya, and there is a piece of pineapple, kiwi and watermelon.  On the side is a pineapple cake in the shape of a heart! I've never seen pineapple cakes in other shapes other than the standard square/rectangle. 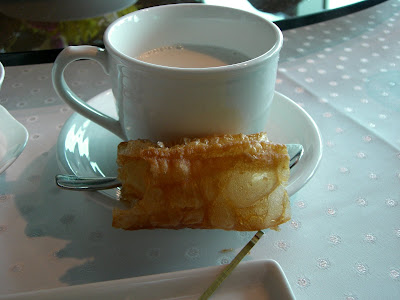 This was a good finish to the meal as well.  The "tea" served is a hot almond milk.  It was served with a plate of fried chinese crullers (yu tiao).  I've never had hot almond milk with crullers, since I usually eat them with soy bean milk.  It tasted pretty good with the almond milk.

I've got a few other pictures from my trip to Taiwan, but I'll save them for another post.

Here are some pictures of the beautiful city I took from our view from the restaurant: 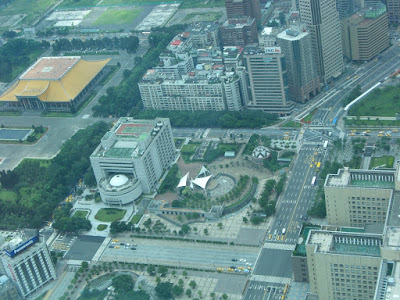 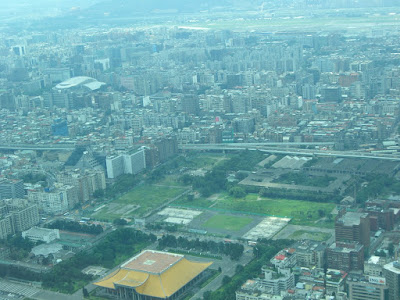 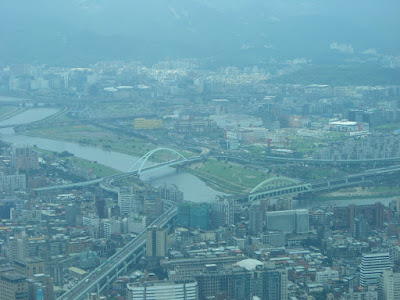