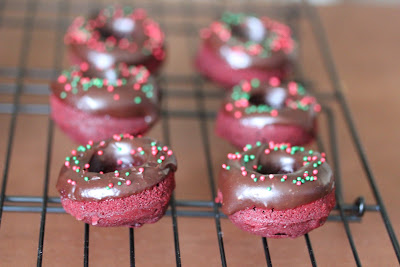 I’ve had so much fun making mini donuts this year that I wanted to make them for Christmas. At first, I wanted to make some cinnamon ones and just decorate them with Christmas sprinkles. But then I thought of trying red velvet ones.

The red velvet donut cakes make these mini donuts even more festive. They aren’t really donuts, just cakes shaped like donuts. I have to confess, I haven’t had as much time to bake as I hoped so I used a red velvet mix to make these. 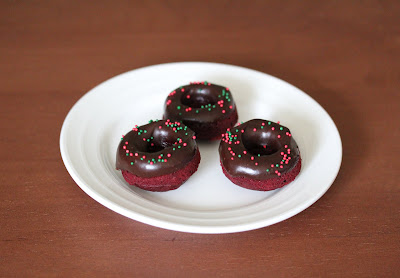 I used Duncan Hines red velvet cake mix. I baked them for about nine minutes. After they cooled, I topped them with chocolate ganache and them some sprinkles.  I think they came out quite cute.