Making these top lists is taking longer than I thought! If you missed it, yesterday I shared my Best Bites in San Diego 2015. Now I’m sharing my overall sweetest bites of 2015. Here goes: 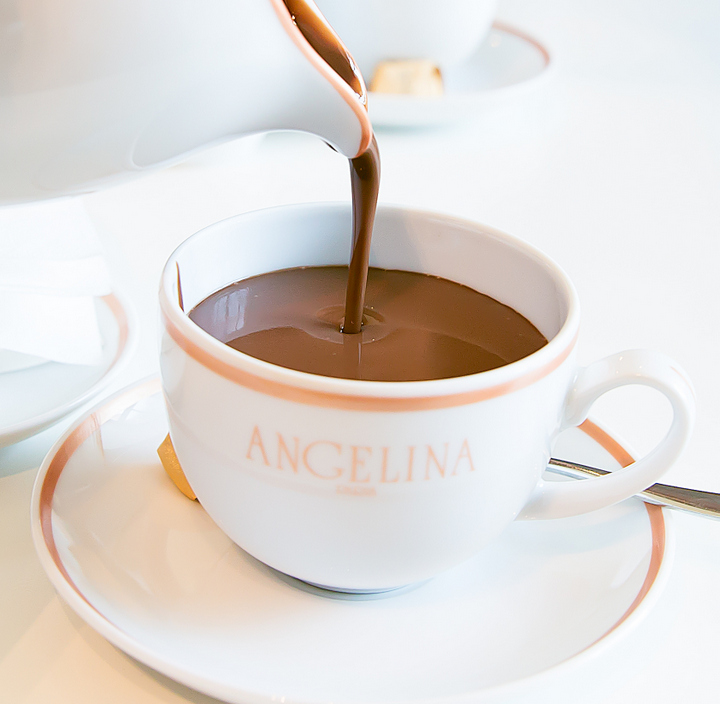 The entire time I was walking through the Louvre, I couldn’t stop thinking about the world famous hot chocolate waiting for me at the end. It was worth the wait. This was the most luxurious cup of hot chocolate I’ve ever tasted. 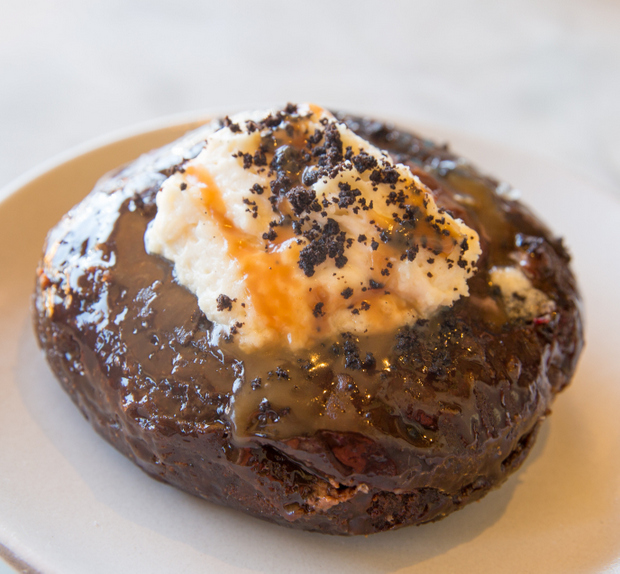 Sidecar Doughnuts is a favorite of ours but I was especially impressed with their chocolate budino, which starts with a chocolate yeast based donut, something I’ve yet to see anywhere else. It’s then filled with chocolate budino, caramel sauce and finished with some cream and sea salt. 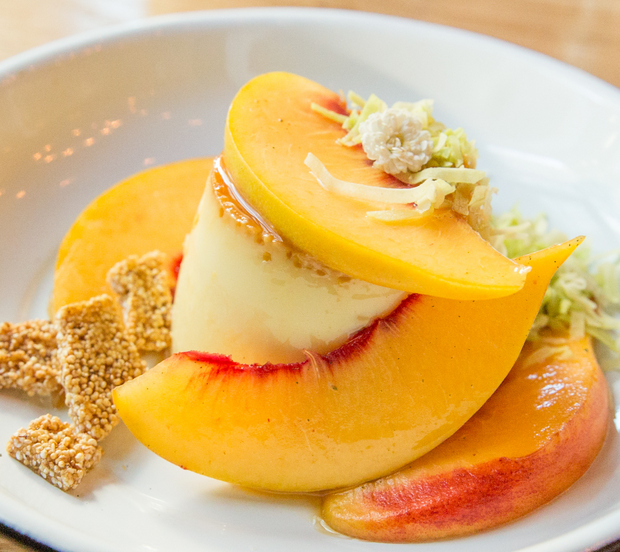 If you’re paying attention, you may have realized that I actually chose Plum from Bracero for my Best Bites in San Diego list rather than this coconut flan. But I also stated that I really loved all the desserts we’ve had at Bracero so I’m featuring another one of their memorable desserts for my Sweetest Bites list. 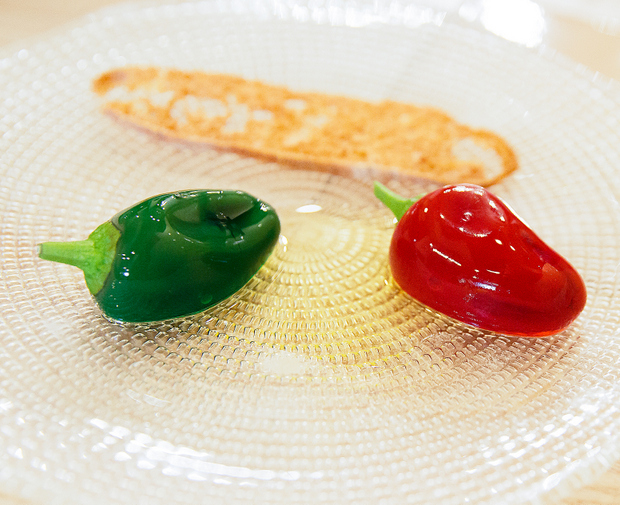 I’m dreadfully behind on posting about my vacation food adventures from this year and this is a post that is still to come. These chocolates were made to resemble peppers and drizzled with an olive oil finish. They were so beautiful to look at and equally fun to eat. 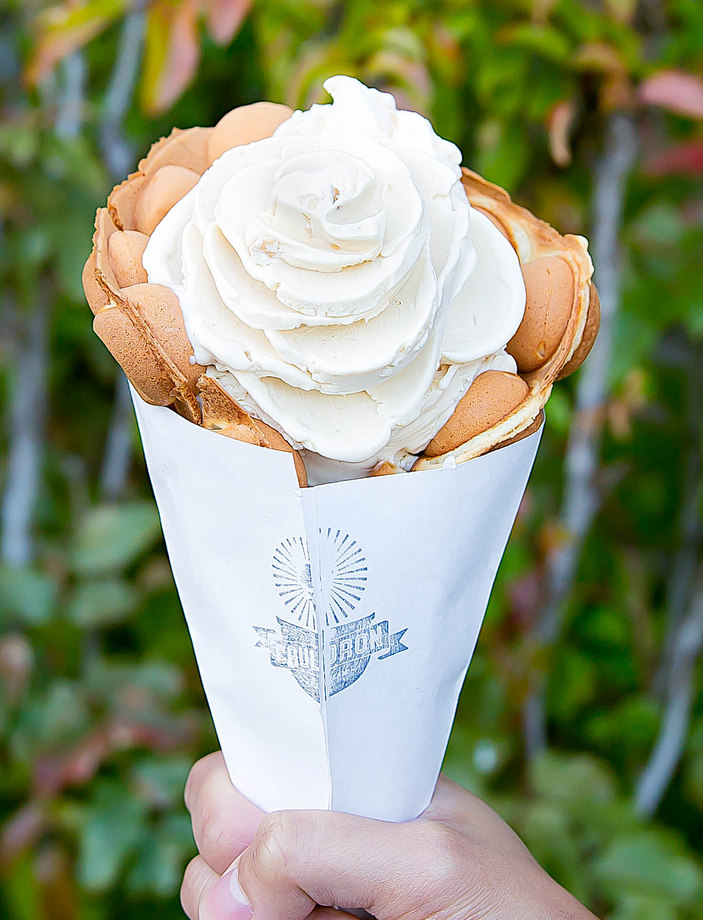 This combines so many of my favorite things: ice cream, rose-shaped design, and of course Hong Kong style egg waffles shaped into a cone! This is one treat that tastes as good as it looks and is not just gimmicky. 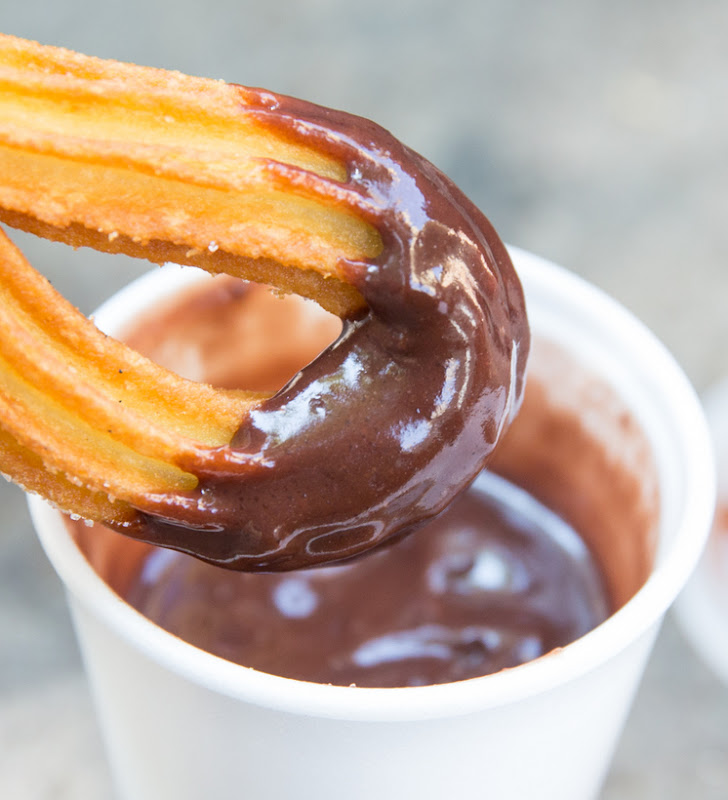 Every morning in Barcelona, I started with a bag of churros from Xurreria Banys Nous. I was then perfectly content for the rest of the day. I could have left there not have eaten anything else and I think I would have still been happy. 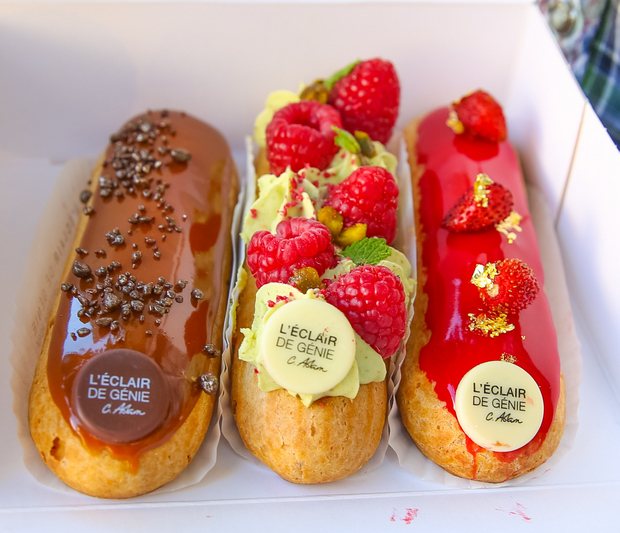 L’Eclair de Genie makes the most beautiful eclairs I’ve ever seen and they all taste wonderful as well. The frambroisier stood out for it’s particularly beautiful decor and I loved the mix of raspberries and pistachios. 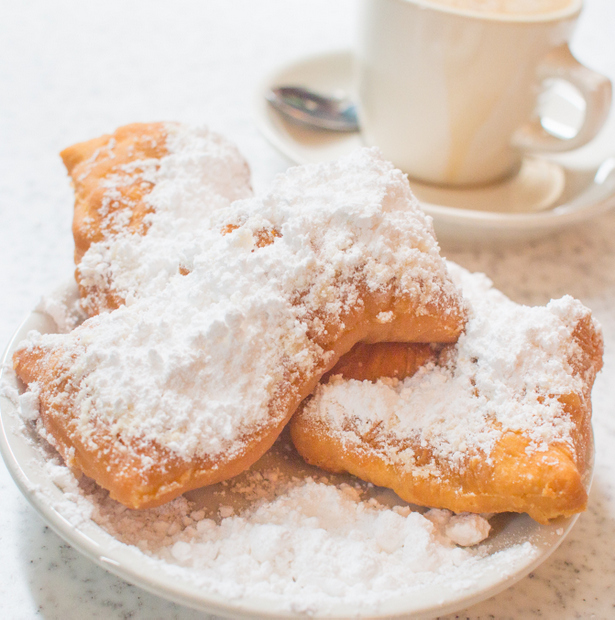 I had beignets from Cafe Du Monde every day I was in New Orleans, sometimes twice a day. And looking at this list, it’s the bite I crave the most to have again, especially since I’ve yet to find beignets that even remotely resemble Cafe Du Monde’s anywhere else outside of New Orleans. I always have a hard time describing it to people who haven’t eaten a proper beignet because it really is it’s own unique treat.

Posted in: Bakery/Desserts, Restaurants by Cuisine
0 Comments // Leave a Comment »