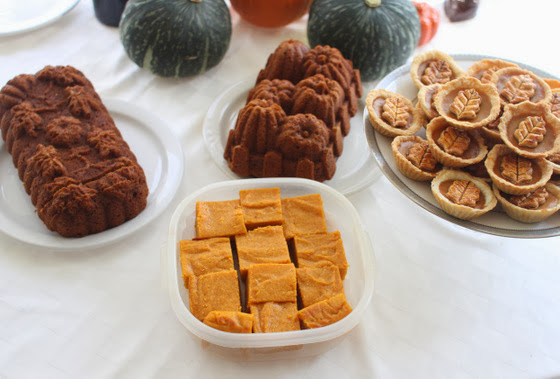 I hope everyone had a safe and delicious Thanksgiving. This year, Mr. K and I spent Thanksgiving Day with his side of the extended family, which meant quite a layout of food. 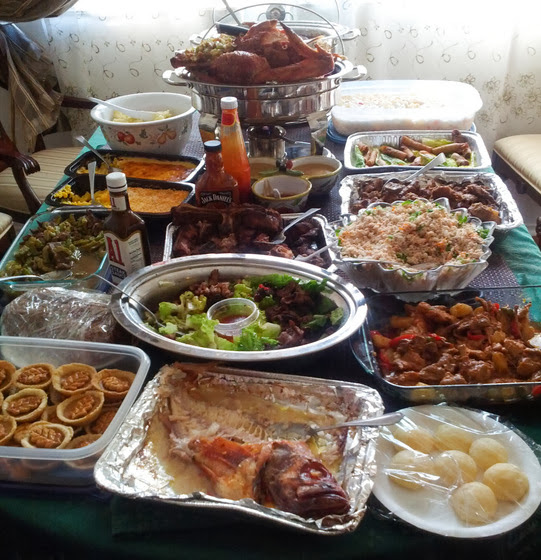 I was hoping to arrive early enough to snap pictures of all the food before people began eating. But one thing led to another and we ended up leaving the house later than planned and then we got stuck in some crappy holiday traffic. So by the time we arrived, people had already began eating.

I did try to take a few pictures, but I had to be really really quick, since everyone was enjoying the food. 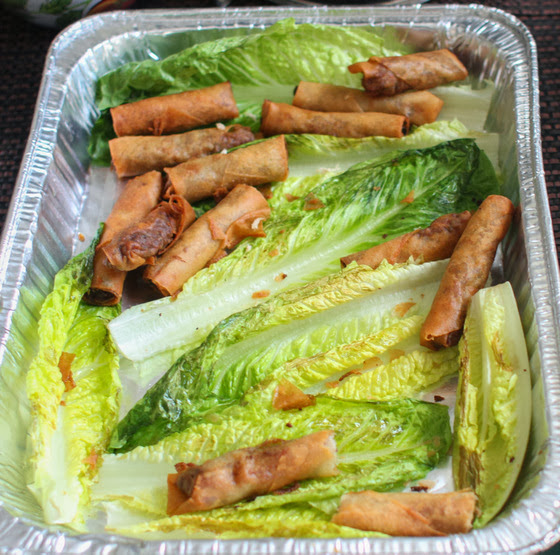 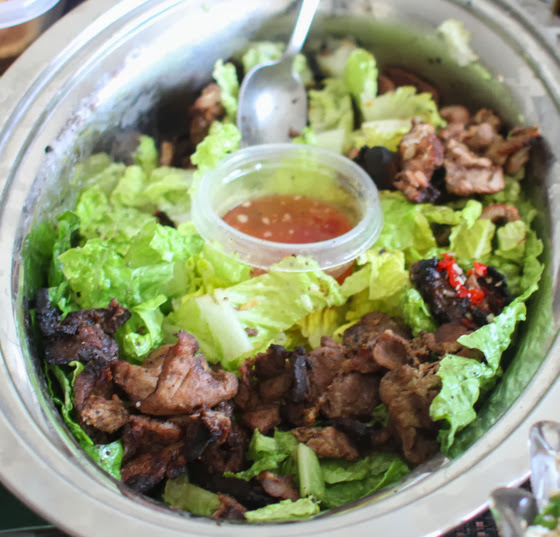 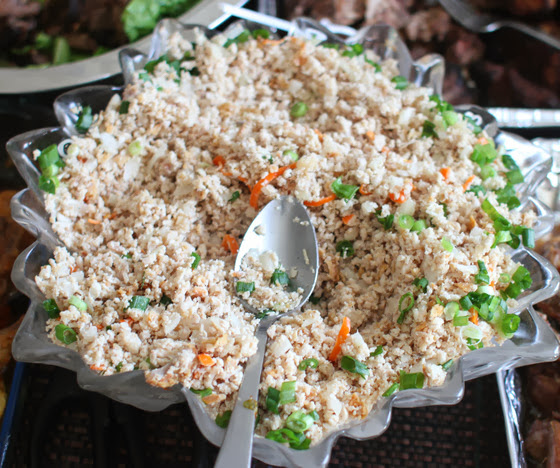 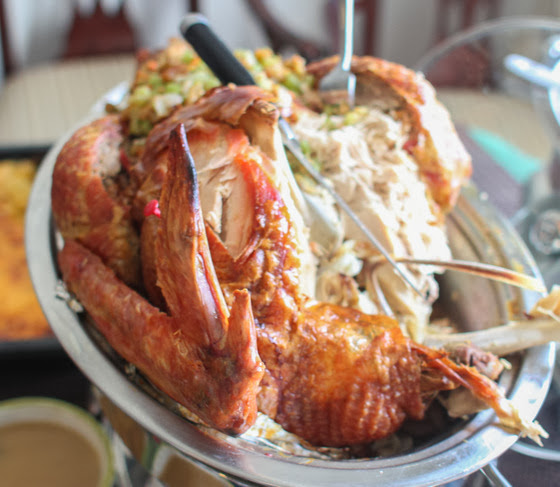 Like a lot of the gatherings, it was mainly a mix of American and Filipino food. There was of course a turkey, and many side dishes which I did not get the name of. There were also the classic American sides like mashed potatoes, creamed corn, macaroni and cheese.

There was an entire table dedicated to vegetarian and fruit dishes. 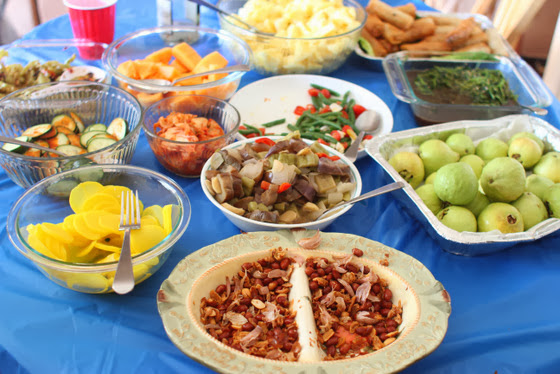 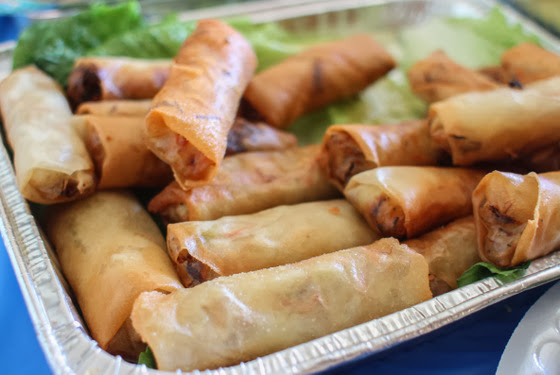 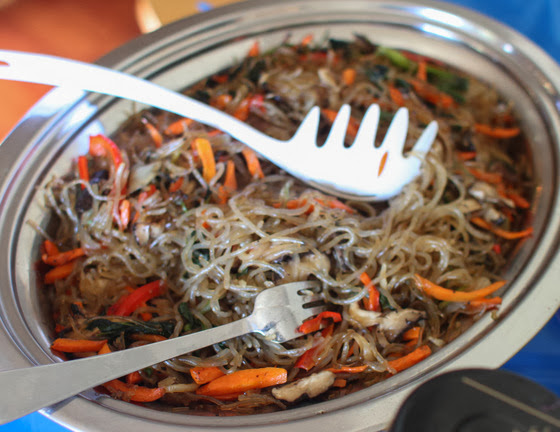 Some of the desserts: 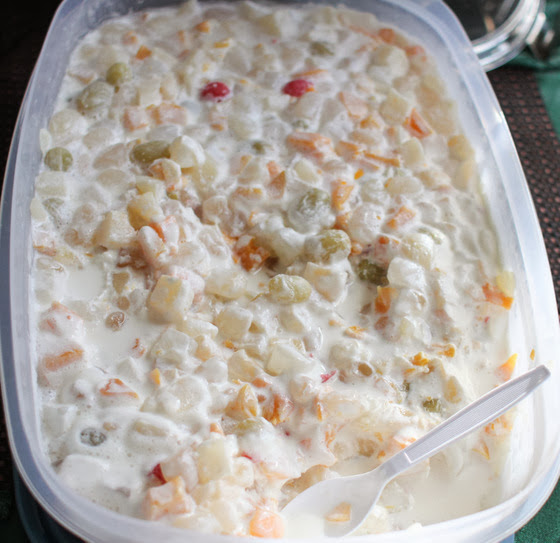 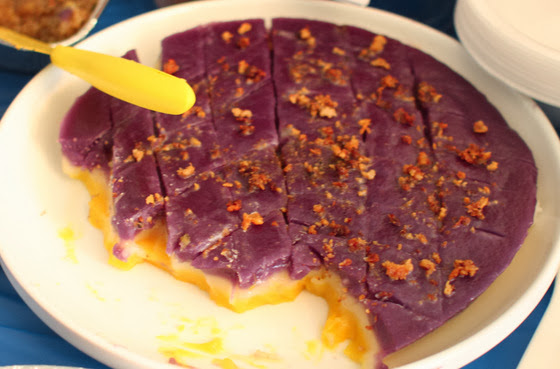 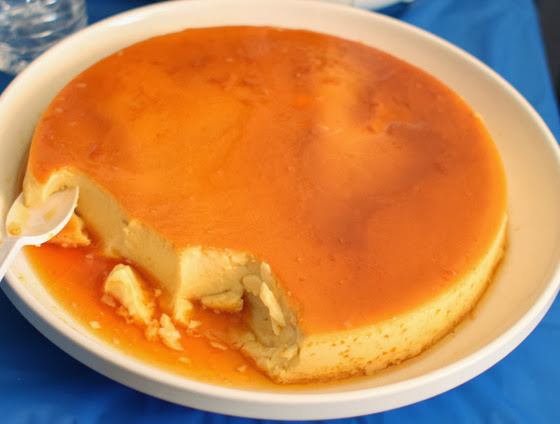 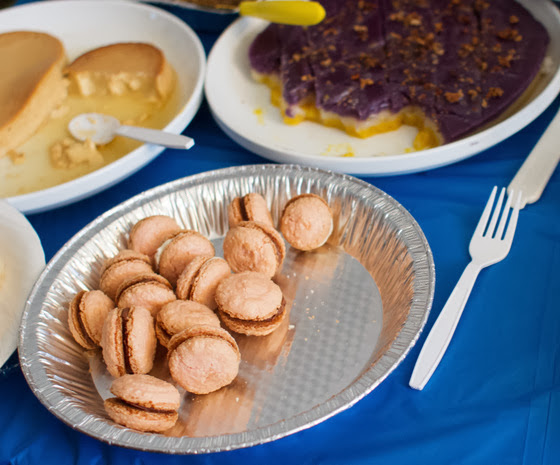 I baked late into the night on Wednesday, bringing my mini pumpkin pies, pumpkin bread loaves, and mochi.

Afterwards, my kitchen was a completely mess, with piles of dishes everywhere. Fortunately for me, I recently got sent a few OXO cleaning tools to help make the job easier. Normally I can’t even get Mr. K to do his own dishes, but he helped out just to play with the new equipment. 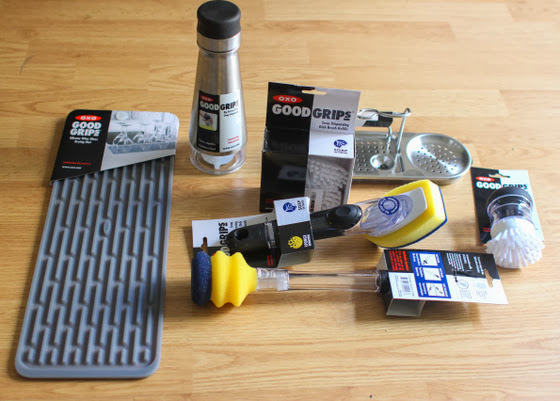 My favorite tool was the Soap Dispensing Stemware and Glass Wand. It allowed me to easily clean tall and narrow glasses. I also like that it has its own soap dispenser as part of the wand.

Here’s some before and after shots of my kitchen sink: 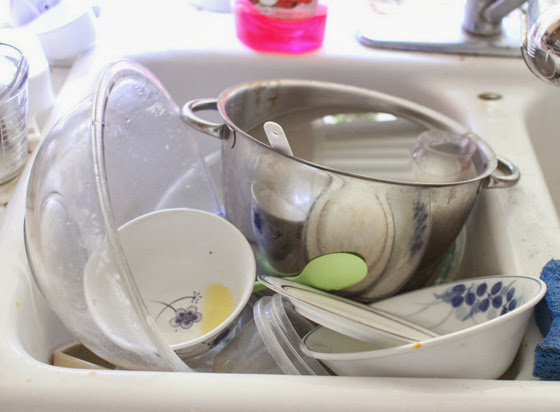 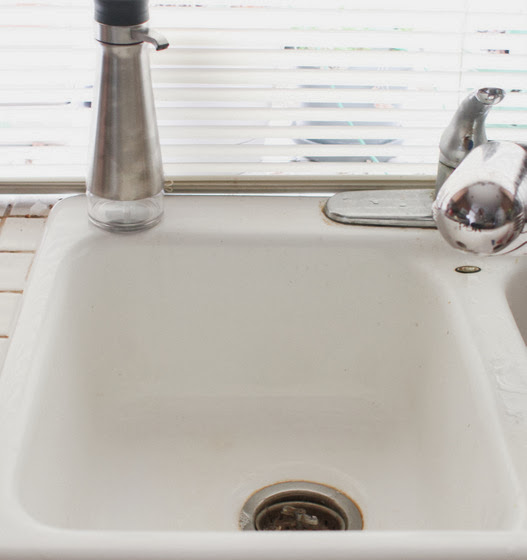 The OXO tools were provided to be as part of OXO’s partnership with TaskRabbit to help clean-up for Thanksgiving. Have you used TaskRabbit before? It’s a program that allows you to bid for services of tasks you need completed from people in your neighborhood that have been vetted and background checked. I haven’t had a chance to use it yet, but if you are interested in trying it out, TaskRabbit and OXO provided me with a $25 off coupon for my readers: AXF7V9734N6.

I took this quick photo of the desserts I made before packing up everything to bring over. Good thing too because once we arrived, people swarmed over the new food and it was cut and served before I even had a chance to put my purse down.

After the big Thanksgiving lunch feast, we sat around with the cousins, watching football and catching up.

As the sun began to set, we went our separate ways, many of us going to do some shopping.

Mr. K and I went to a friend’s house nearby first, where we played Cards Against Humanity (the adult version of Apples to Apples), and indulged on more dessert including banana pie, pumpkin, pie, cassava cake and sponge cake with crispy skin. 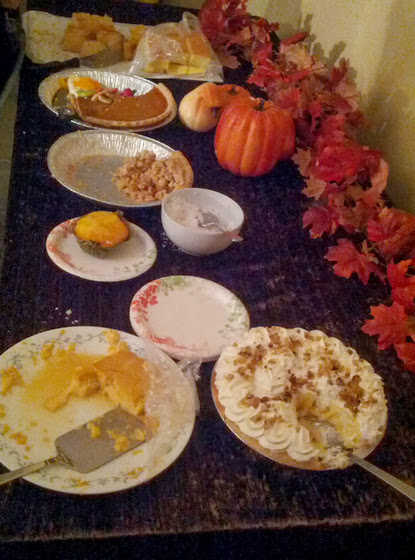 When we went home, I did most of my Black Friday shopping online. While I’ve gone to the physical stores in the past, there was honestly nothing I wanted that much to wait in lines and fight the crowds. Luckily, there are so many online deals now, so I could shop while curled on the couch.

I bought a food processor from Target’s online Black Friday sale with my remaining gift card to replace my dying one. We debated getting a hdtv, but ultimately decided against it. 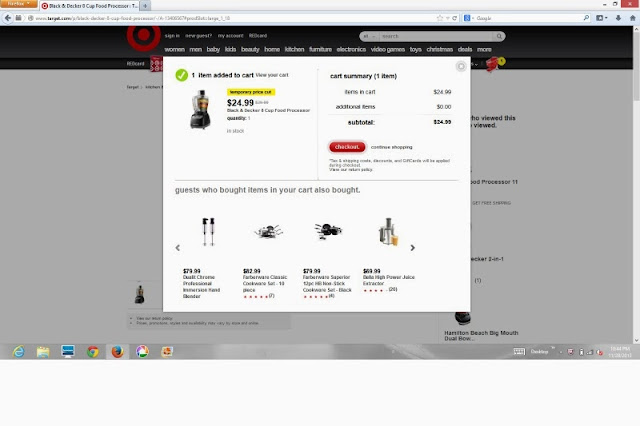 I also browsed around the Tokidoki website and Macy’s, but didn’t buy anything. On Friday morning, we headed back to San Diego. We originally were going to do some in-store shopping, but the rainy weather made us lazy. I plan on doing a little more shopping during Cyber Monday (without the watchful eye of Mr. K).