The newest Fearless Flyer arrived in my mail just as I was about to make a Trader Joe’s run. This month highlights a lot of Valentine’s Day themed treats, but I also found a few other gems, like their take on Chinese soup dumplings! 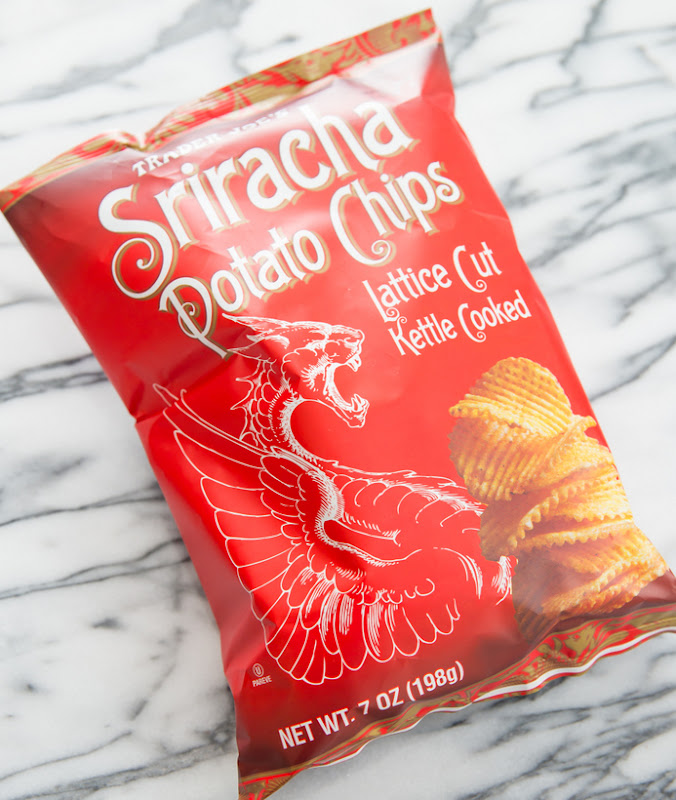 Trader Joe’s has been expanding its sriracha flavored products lately. I really enjoyed their previous ghost pepper flavored chips so I was excited to try these out. 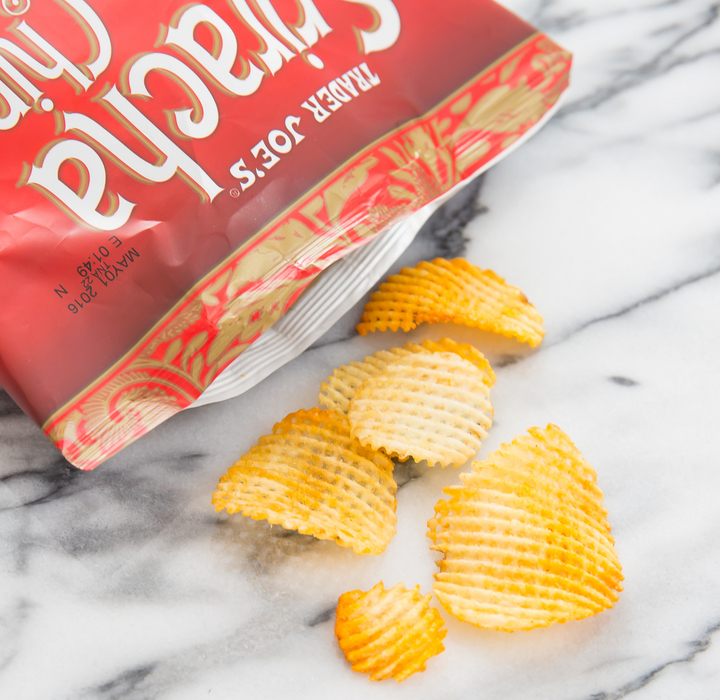 The lattice chips had a really good crunch to them. However, I found the sriracha flavor pretty lacking. Had this been a blind taste test, I don’t think I would have even guessed sriracha. The dominant flavor was actually salt. I kept tasting pockets of salt in some of the chips like they hadn’t been mixed properly.

I’ve enjoyed nearly all of Trader Joe’s flavored snacks but unfortunately, this one didn’t work for me. 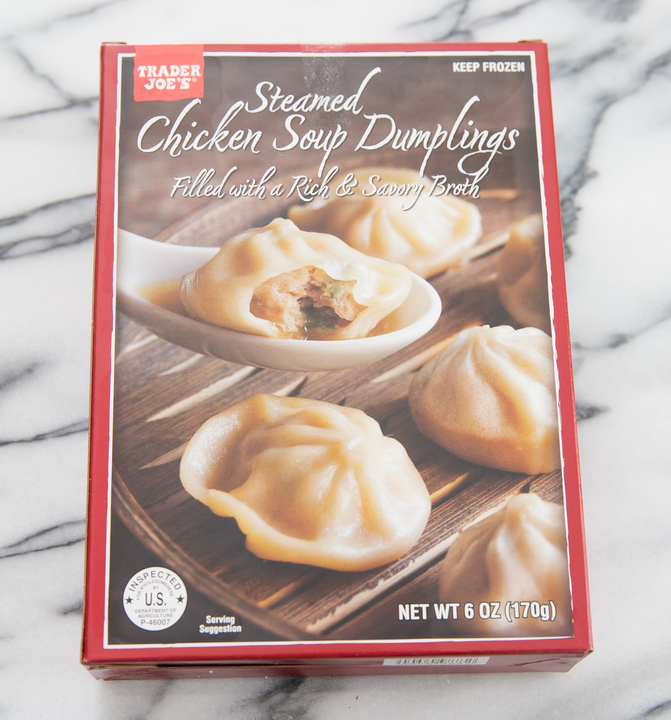 I was so excited when I read about these in the latest flyer. I love Chinese soup dumplings, but most of the versions in San Diego are pretty disappointing. I’ve actually been wanting to try making my own and hopefully I’ll get around to it one day. Trader Joe’s version uses chicken rather than the traditional pork, which is fine with me. 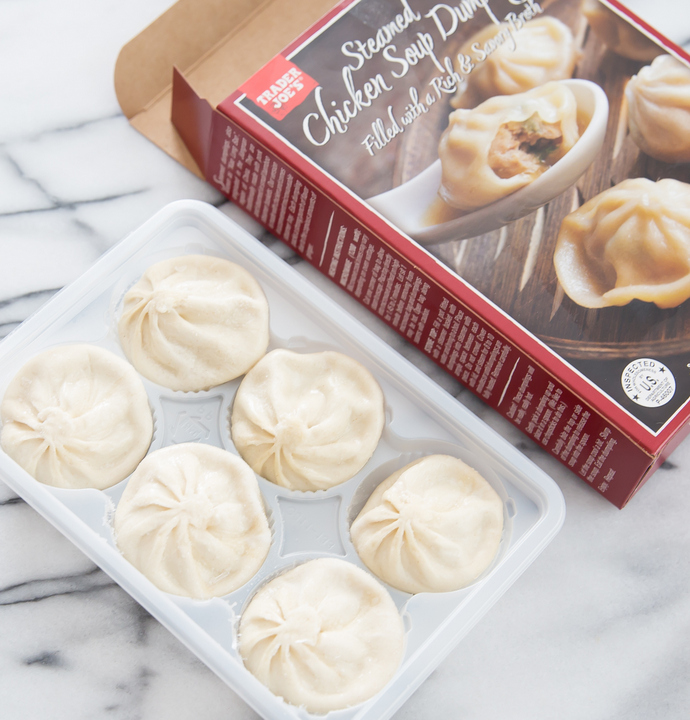 Each box sells for $2.99 and contains 6 frozen soup dumplings. The dumplings were a decent size, bigger than the one-bite ones from Din Tai Fung, and about the same size as the ones offered at other restaurants I’ve been to. 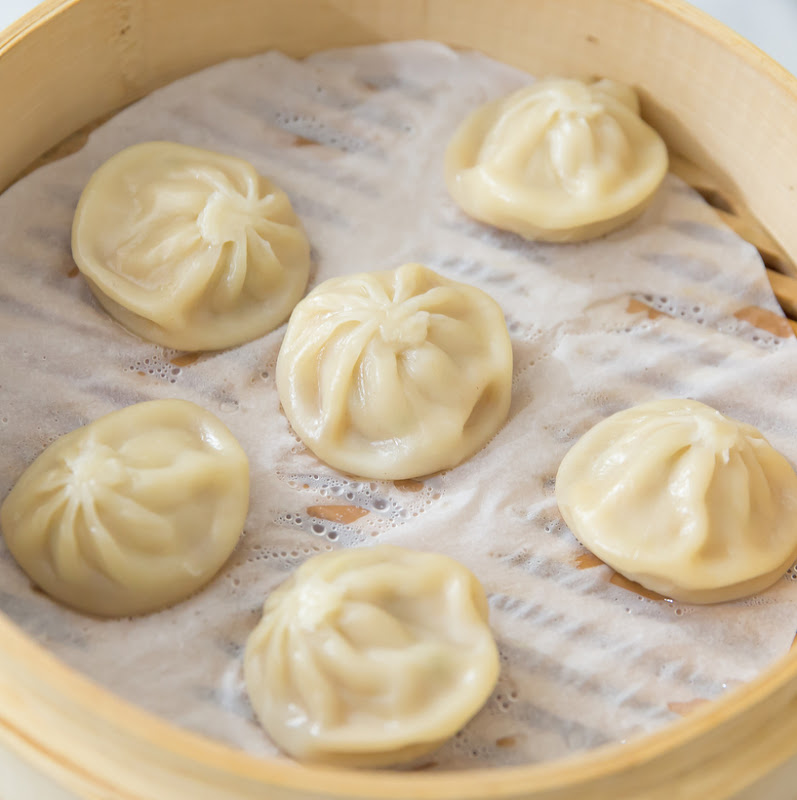 I steamed them according to the instructions. When they were done, you could immediately tell some of the soup had seeped out.

I was pleasantly surprised with the skin. A good soup dumpling should have a thin skin and these were pretty thin, but with enough elasticity that they didn’t break when I picked hem up. There was still a small amount of soup left in each one, but I wish they had more soup left in them. The meat had a good flavor, savory with a hint of sweet. I would have preferred a little more salt, but some soy sauce vinegar dipping sauce helped.

Overall, I was pretty happy with Trader Joe’s version of soup dumplings. They actually were better than some of the restaurant versions I’ve had in San Diego and I’d get them again next time I have a craving for soup dumplings. 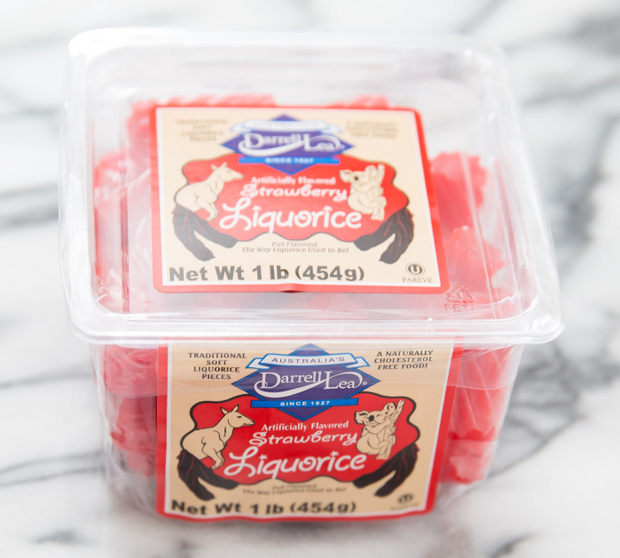 I recently became obsessed with Australian licorice after discovering it at Sprouts. I love that they are thick, with a somewhat soft center. I was excited when I spotted these strawberry flavored ones. They had a good texture, but I actually prefer the flavor of the ones sold at Sprouts. 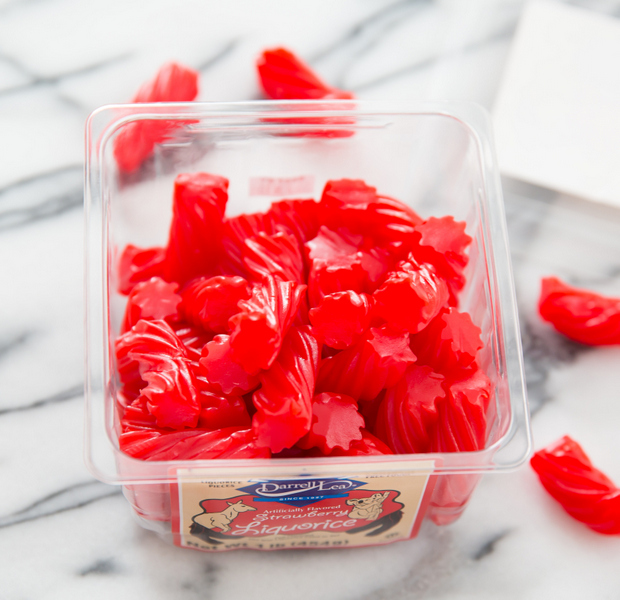 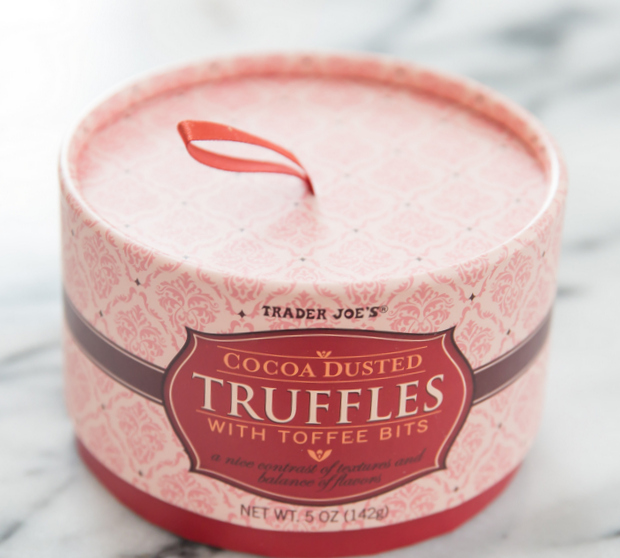 I know I’m probably in the minority here, but I actually don’t love Trader Joe’s truffles dusted with cocoa. It’s just too much cocoa powder for me and I always make such a mess eating them. I felt compelled to try these because of the toffee bits (I love toffee!) These were basically their traditional truffles but with toffee bits. 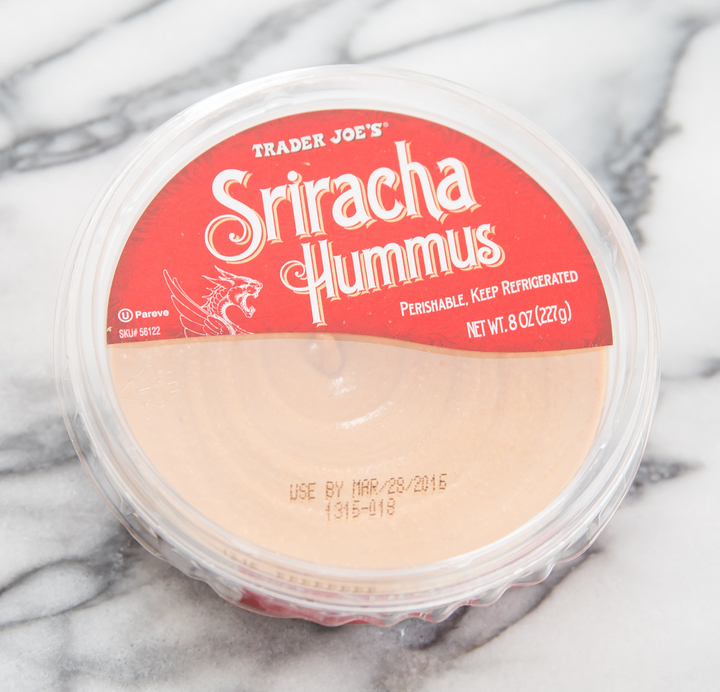 Finally, not a new item, but something I needed to stock up on and wanted to highlight. I love the salted caramel sauce at Trader Joe’s. It’s ultra thick and very rich. It works great with ice cream and for baking. 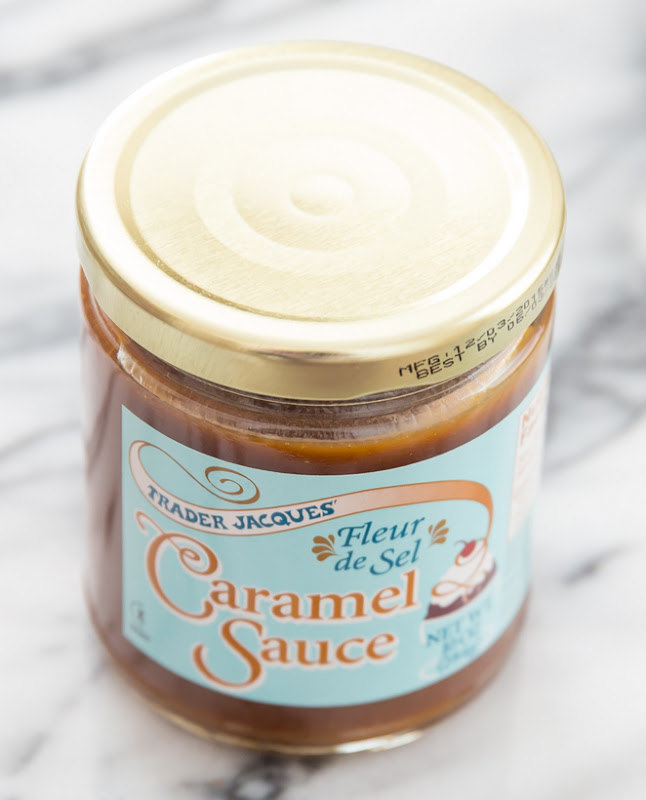 So that’s it for now. I did also pick up some groceries, but nothing particularly unusual or exciting. One thing that I originally had in my cart and then removed was the vodka tomato sauce. Now I’m regretting it. Has anyone else tried it? Should I go back and get it?