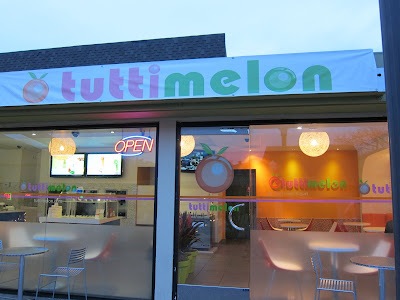 Despite the high Asian population where my parents live, the San Jose/South Bay Area was slow to pick up on the frozen yogurt trend.  I remember coming home on several occasions and being shocked that there didn’t exist a single Asian self-serve frozen yogurt chain.  However, once it started, the yogurt places started to pop up like crazy.  It got very competitive and you’ll find that most yogurt places charge .30/oz for the self-serve joints (whereas the average in SD is still about .38/oz)

On my last trip home, I’ve noticed that it’s become so competitive due to so many new stores opening, that a lot of the yogurt places are trying to come up with new ideas to distinguish themselves from the rest.  One trend I noticed was the offering of fresh made gelato.  As a big gelato lover, this is one trend I’m digging and I hope it catches on in San Diego. 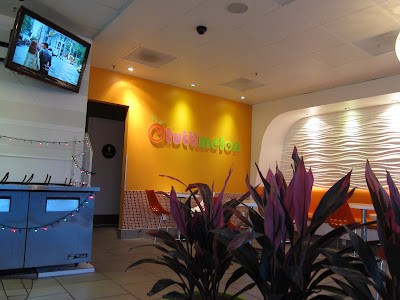 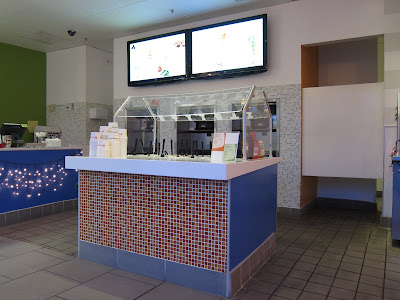 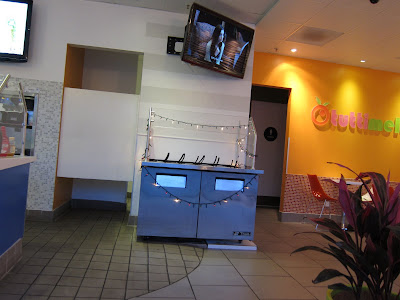 Usually, I get my gelato fix from Italian bakeries.  The Asian frozen yogurt joints offer a lot of “Asian flavored” gelatos like green tea, along with the traditional Italian offerings like hazelnut, pistachio, chocolate hazelnut. 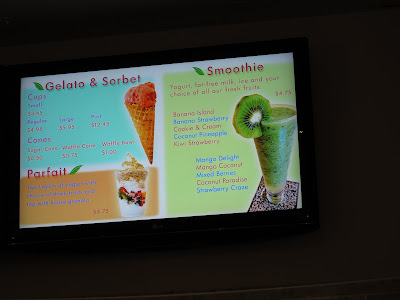 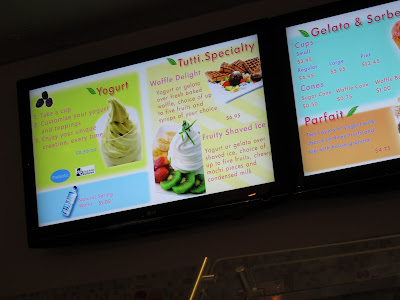 I saw the new Tutti Melon on my way to Fantasia for my usual taro milk tea treat.  I decided to stop by inside.  The yogurt offerings included a lot of the more tropical fruits I enjoy such as passionfruit, papaya.  However, they were all tart, and I’m not a big fan of tart yogurt.  Instead, I opted to try the gelato instead. 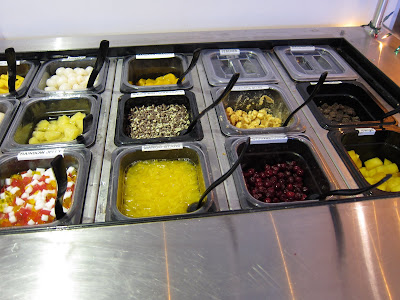 After much debating, I decided to try the green tea and honey lavender.  The consistency of the gelato was just right: thick, dense and creamy.  The flavors were intense, as they should be with gelato. The honey lavender was dripping with honey that was almost chewy.  I really liked the gelato here. 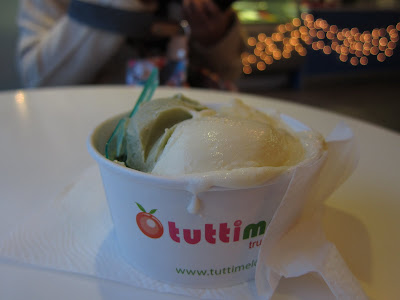