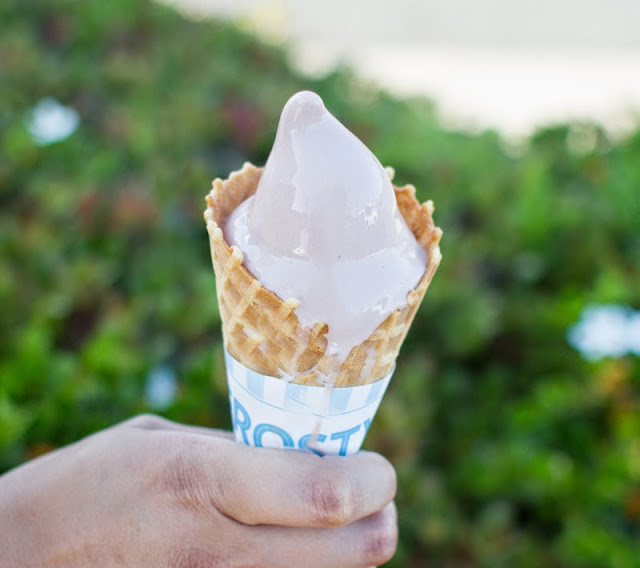 I love waffle cones. I sometimes go to certain frozen yogurt shops simply because they offer waffle cone bits as one of the topping options. I can’t think of any other major fast food brand that offers waffle cones, so I was really excited to try the Wendy’s Frosty Waffle Cone.

I first learned about the new product on Twitter. The Twitter campaign was quite clever. It started by Wendy’s asking its followers what was the best way to eat a Frosty, other than just with a spoon. This led to some interesting and creative suggestions. At the conclusion of the discussion, Wendy’s revealed that they thought the best way was to eat it in a cone, and thus announcing the debut of the waffle cone. 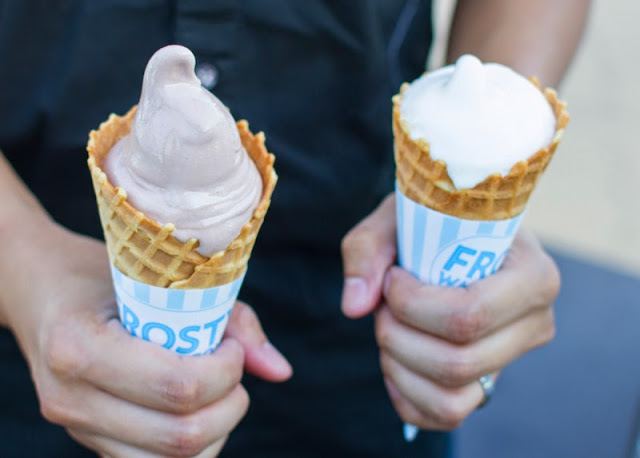 So last weekend I popped into my local Wendy’s and saw the promotion.

Currently they offer vanilla and chocolate. We got one of each flavor. The waffle cone was pretty big, like your standard oversized waffle cone, and inside was about as much frosty as you usually get with a small Frosty. 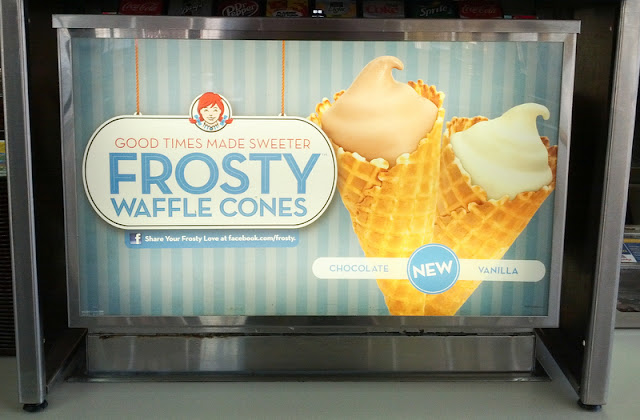 I’m used to eating soft serve or regular ice cream in my waffle cones, and if you’ve ever had a Frosty, you know it’s more more liquid than soft serve. The first few bites, it does hold up well, but soon it begins to melt really fast, so you do have to eat it pretty quick. I’ve seen some reviews complain about how quickly it melts, but then it’s supposed to be a Frosty, and that’s just the nature of a Frosty.

While it did melt fairly fast, we were able to eat the whole thing relatively mess free, with the paper wrapped around the cone catching any drippings.

Here it is a few minutes later. 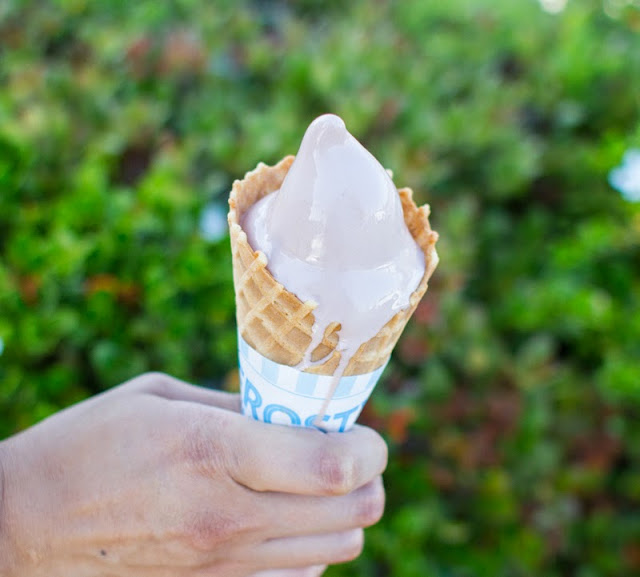 I did enjoy the waffle cone. Solid, sweet, crunchy. Considering most ice cream shops charge significantly more for a waffle cone, the Wendy’s one is a great deal even if you simply just love waffle cones.

Currently, the Frosty Waffle Cone is offered with the chocolate and vanilla Frosty flavors, priced at $1.69 (at least in San Diego). I hope they eventually offer their other Frosty flavors with the cone too, like Oreo or caramel.