I’ve raved about the beef rolls at 101 Noodle Express but I’ve never actually done a complete post on the restaurant. We usually just order the beef rolls as take out but on my last few visits to the Irvine location, I was really tempted to sit down for a full meal because the menu has a diverse amount of dumpling and noodle soup offerings and the staff seemed really friendly.

We recently had to  attend a wedding and would be passing through Orange County and decided to stop at 101 Noodle Express for lunch.

The staff was as welcoming as I remembered and the lady taking our order was super friendly and fluent in English.

No stop would be complete without the famous beef rolls. The rolls here are huge, like burritos and at about $7 an order, it’s priced cheaper than many other competing restaurants who serve inferior rolls. 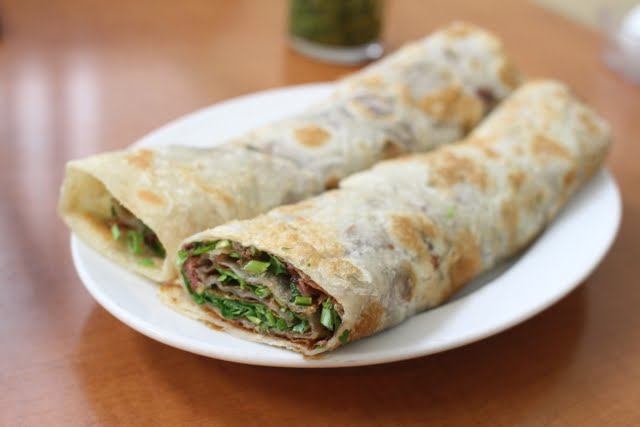 Thin slices of marinated beef, cilantro, are wrapped together with a savory chinese pancake. This alone is a meal in itself. At the table, they also have a cilantro jalapeno sauce which I highly recommend adding to the roll. It really enhances the flavor. For some reason the sauce is never included with take out orders. You have to specifically ask for them to give you a few containers. 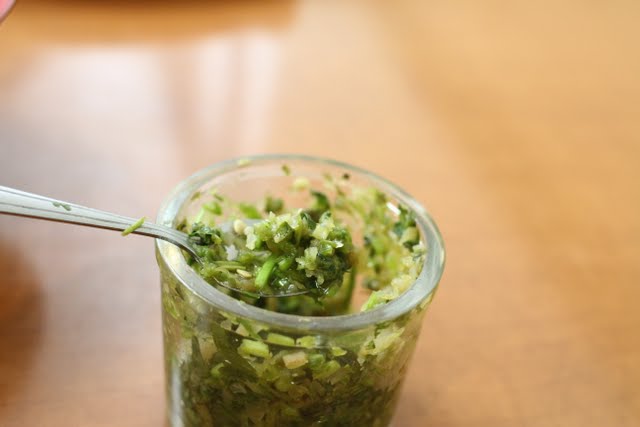 They have quite a few steamed soup dumpling fillings. Usually the only ones I see on a menu are pork or crab. At 101 Noodle Express there was also fish, duck and a few others. I attempted to order duck but they were out. So I opted for the fish. 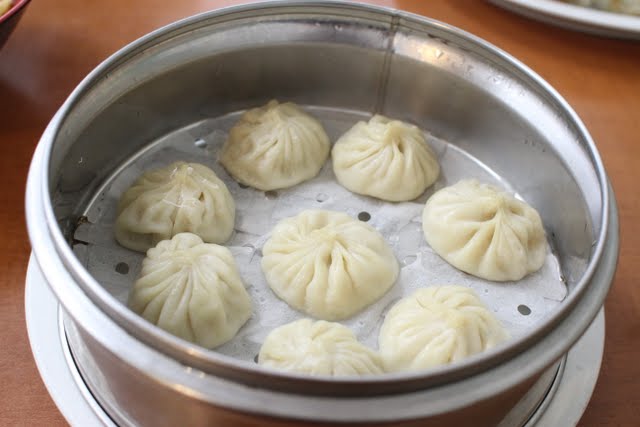 The dumplings arrived pretty as a picture. The skin wasn’t too thick and there was a lot of soup in the dumplings. I wasn’t so much a fan of the fish filling though. It had a slight chalkiness to it.

There is also a wide selection of dumpling fillings. I forgot to take a picture of the menu, but here is an excerpt I found of the Alhambra menu.  We finally chose the shrimp and pumpkin pan fried dumplings. 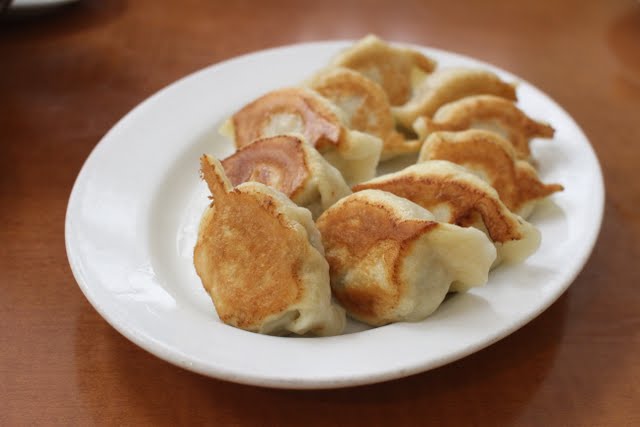 I love the golden pan crispy crust on the dumplings. I did find the filling to be too much pumpkin. I was wishing for something salty to balance the sweet and for more protein. 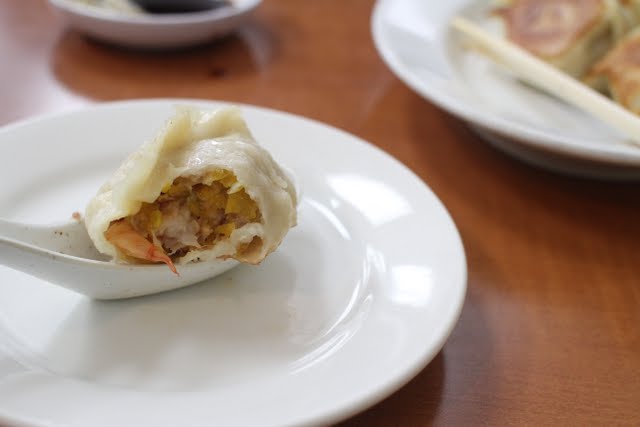 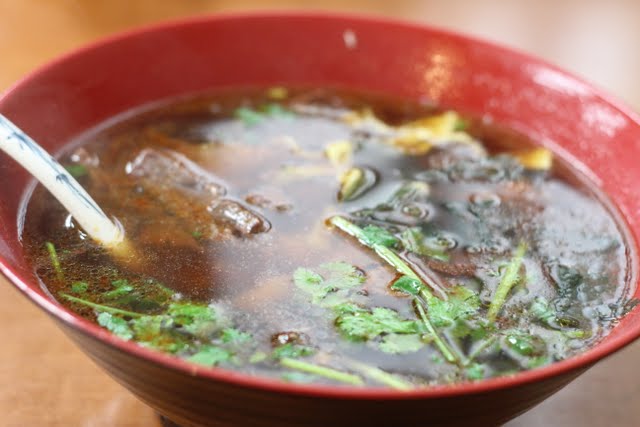 The broth flavor was pretty weak once you got past the spice. Despite this place being named 101 Noodle Express, the noodles were too soft and a lot of the torn pieces were too broken for my liking. 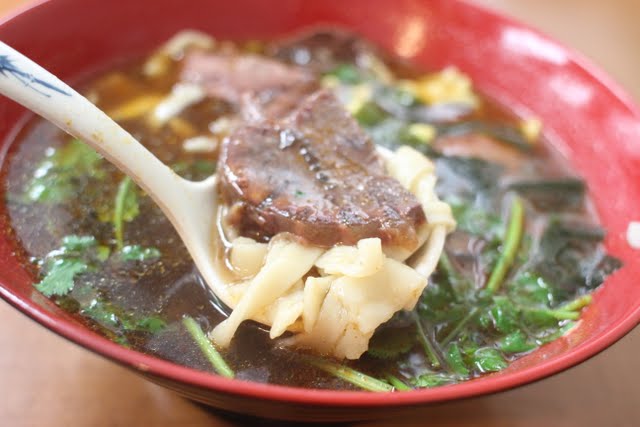 Even though the service was pretty good, we found most of the dishes to be underwhelming. I think we’ll stick with take out orders of the beef rolls. I might come back to try some of the other dumpling flavors.