by Kirbie
Jump to Recipe
6090 shares

This creamy custard pie is called impossible pie because a pie crust magically appears during baking. This easy pie requires just 4 ingredients and one batter that takes only five minutes to prepare. When the batter bakes, it separates into a creamy custard and a pie crust. 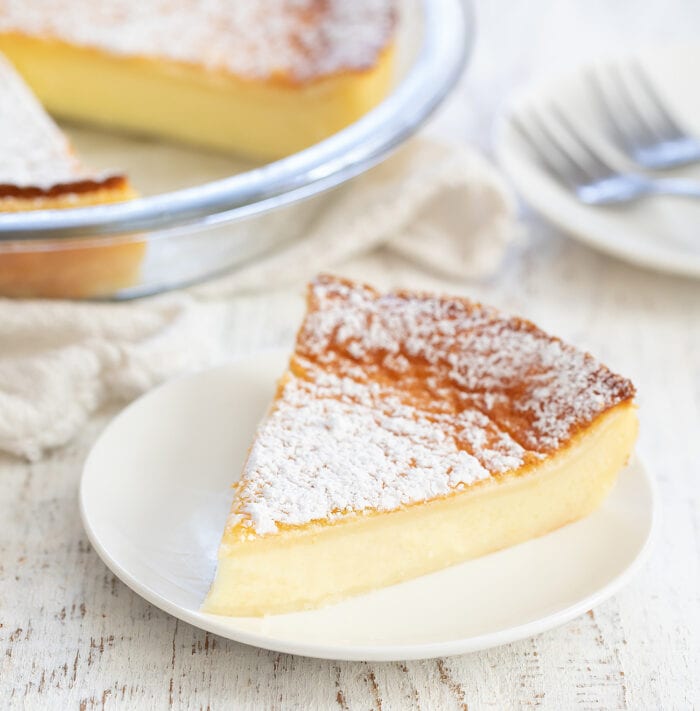 This dessert is best served chilled, making it perfect for summer. I don’t make pies often because I don’t like having to make a crust. Which is why I like making this pie. You don’t need to make a pie crust, but one will appear during baking. This recipe is similar to Magic Cake, except that you don’t need to separate the eggs and it doesn’t have a cake layer.

The original version also uses butter but I found that it works without the butter and doesn’t taste much different. If you want more flavor you can also some vanilla extract.

Eggs: The eggs are needed to form the custard. Unlike magic cake, you do not need to separate the egg yolks from the egg whites.

Flour: Regular all purpose flour is used for this pie. The flour will sink to the bottom during baking, creating a firm layer that acts as a pie crust.

Milk: I used low fat milk but any milk or milk alternative should work for this recipe. 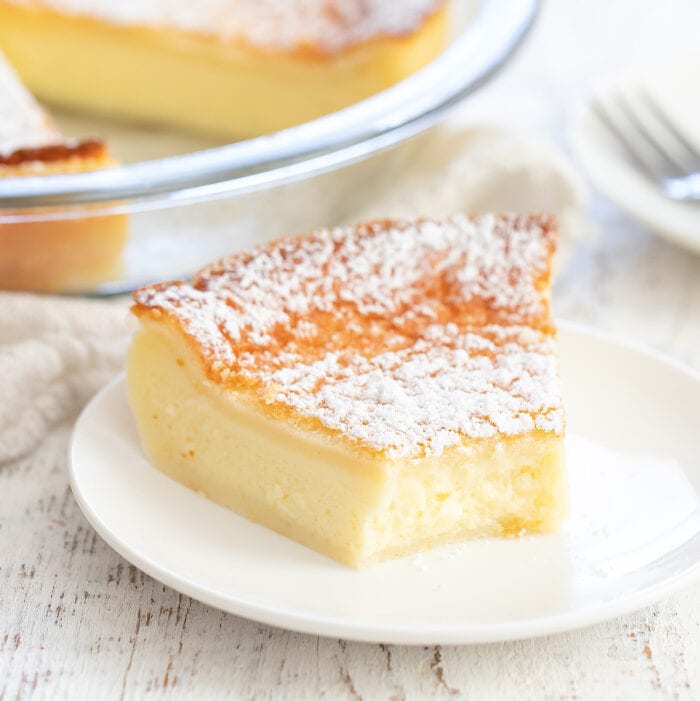 This pie is referred to as impossible pie or magic crust pie. It is an old-fashioned recipe that has been around for a long time. The pie gets its name because a crust magically forms during baking. There are actually two variations of this recipe. The version I’m sharing in this post and that is pictured in the photos is a two-layer pie. It has a creamy custard on top and then a firmer layer at the bottom that is like a pie crust. There is also a version of this recipe made with shredded coconut. The shredded coconut version is a three-layer pie. The shredded coconut sits on top of the creamy custard. The layers on not as distinct for the coconut version, as the coconut does get mixed with the custard layer. I share more on the coconut version in the notes of the recipe card at the end of this post.

My family likes both versions. I slightly prefer the coconut version but I also really love coconut desserts. However, I make the non-coconut version more because I don’t usually have shredded coconut in my pantry.

How to Make Impossible Pie

All the ingredients are added to a blender and then blended together. Then you pour the batter into a pie pan and bake it. That’s it! 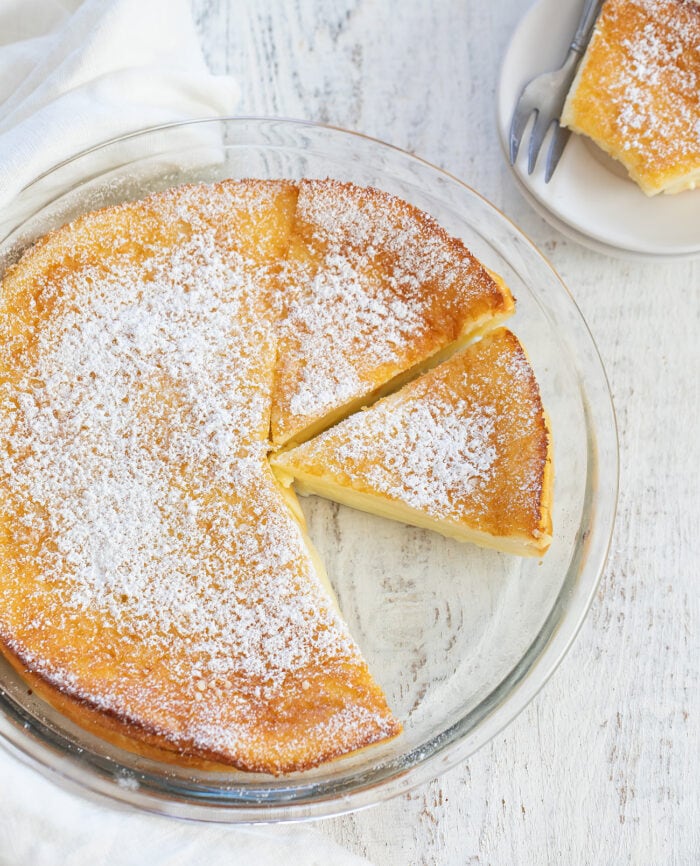 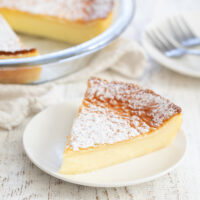 Did you make this recipe?I'd love to see it! Mention @KirbieCravings and tag #kirbiecravings!
6090 shares
Posted in: 4 Ingredients or Less, Pies, Recipes
215 Comments // Leave a Comment »

215 comments on “4 Ingredient Impossible Pie (No Butter or Oil)”