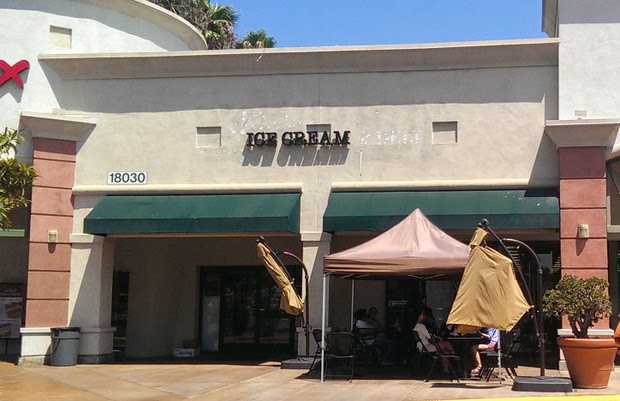 We recently visited Afters Ice Cream, an ice cream joint in Fountain Valley that has become quite popular because of their “Milky Bun” a fresh donut stuffed with ice cream. The sign made it a little hard to spot. 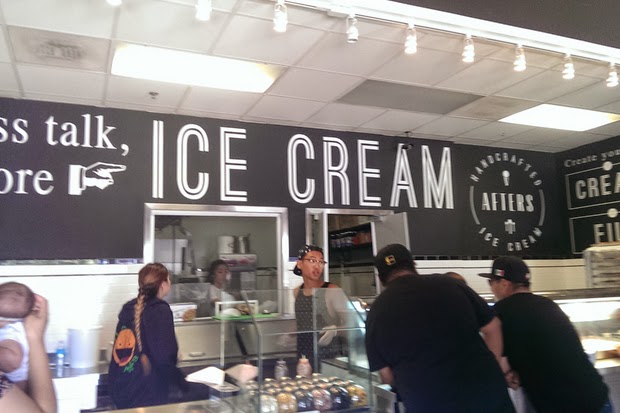 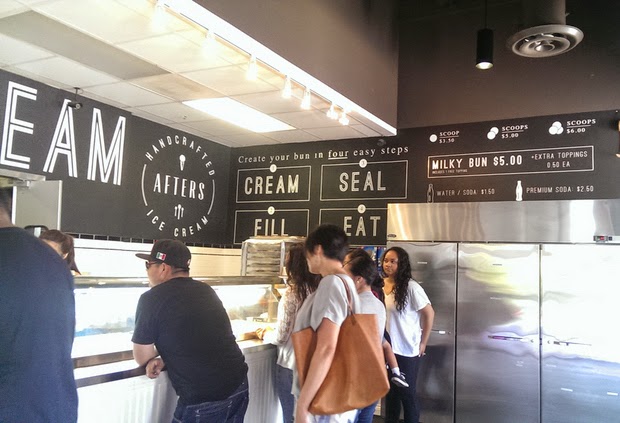 We were extremely lucky to arrive when there was no line. After we left, the line seemed endless. The shop offers quite a few unique ice cream flavors like Jasmine milk tea, cookie butter, milk & cereal, and more. One thing I didn’t really like was their liberal use of food coloring. For example, the jasmine milk tea was a purple color, and the cookie monster is a bright blue. 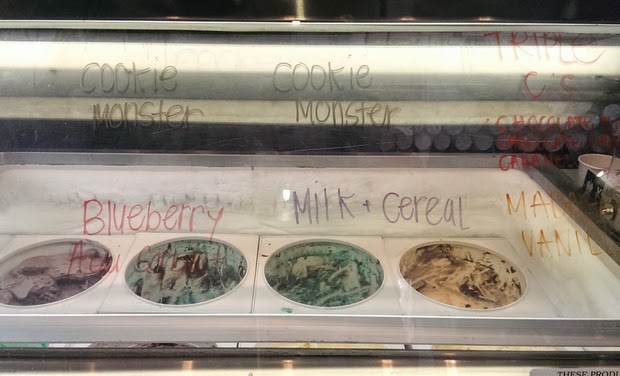 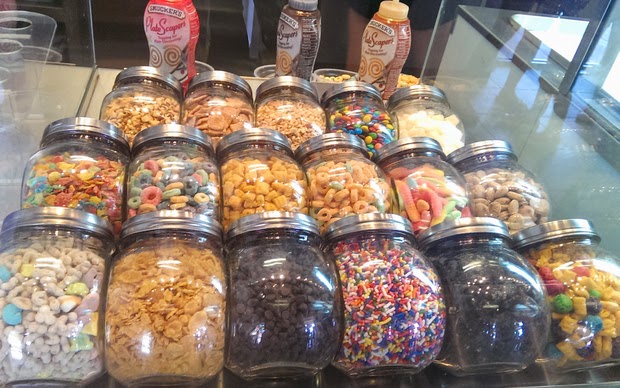 We all chose to order the Milky Bun. You start by choosing a donut (glazed or unglazed), an ice cream flavor, and toppings. The ice cream donut is then sealed before it is presented to you. 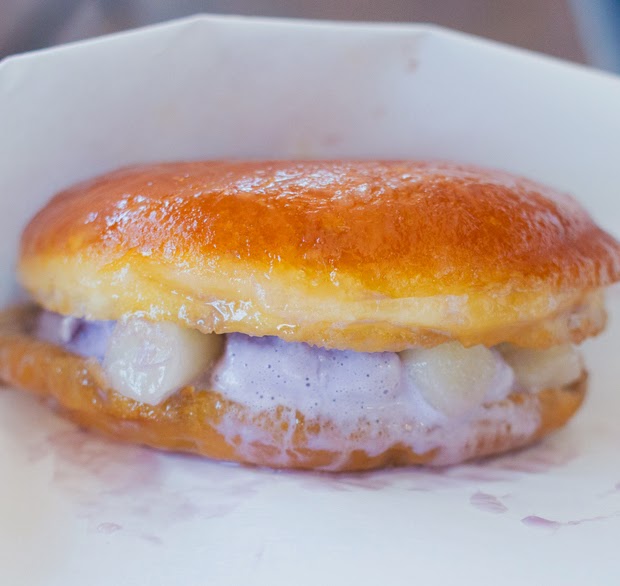 I really enjoyed the ice cream, but found the donut to be too bready, dense and sweet. The contrast of the warm donut and cold ice cream was interesting, but it caused the ice cream to melt quickly. There were four of us in our group and everyone had the same feeling about the donut. We enjoyed our ice creams but did not like the donuts. 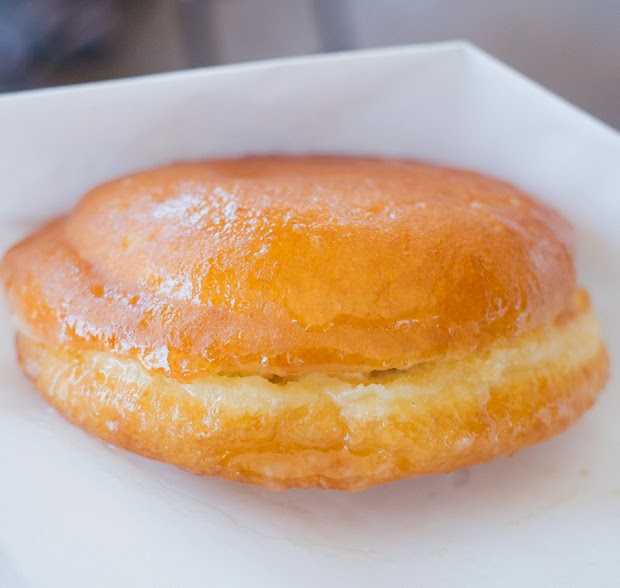 This donut was sealed better than mine. Again, we enjoyed the ice cream, but were pretty disappointed with the donut. 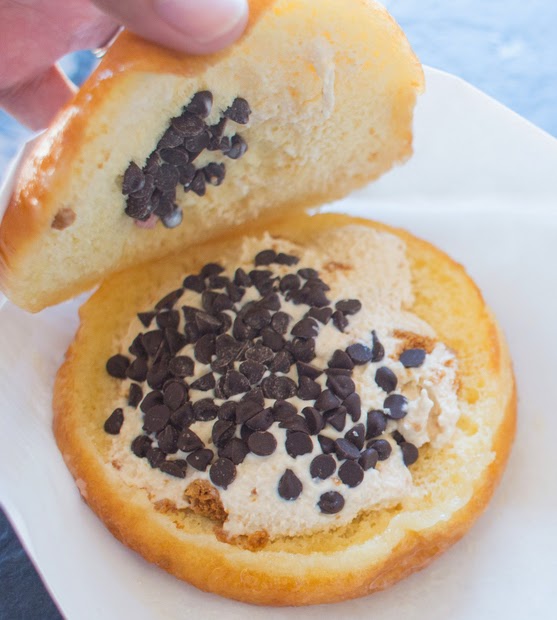 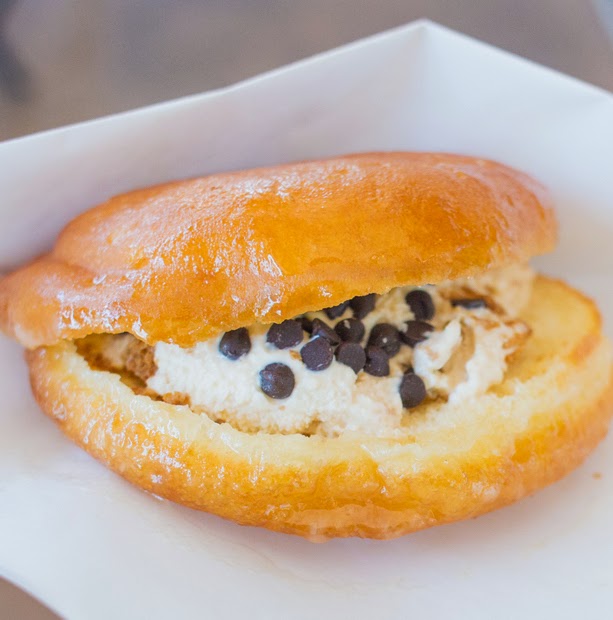 Overall, we had mixed feelings about this place. I’d return for the ice cream if there wasn’t such a long line but I wouldn’t get the Milky Bun again. We didn’t quite understand the popularity of this place and the long lines since none of us liked the donut. I’m actually surprised donut shops haven’t tried to offer an ice cream donut sandwich since it is a lot easier for a donut shop to buy ice cream rather than have an ice cream shop try to make a good donut. 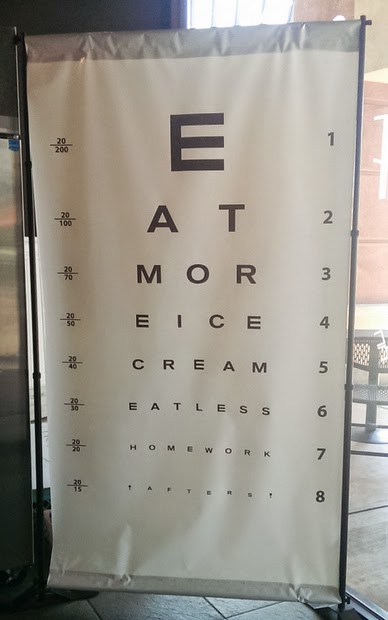