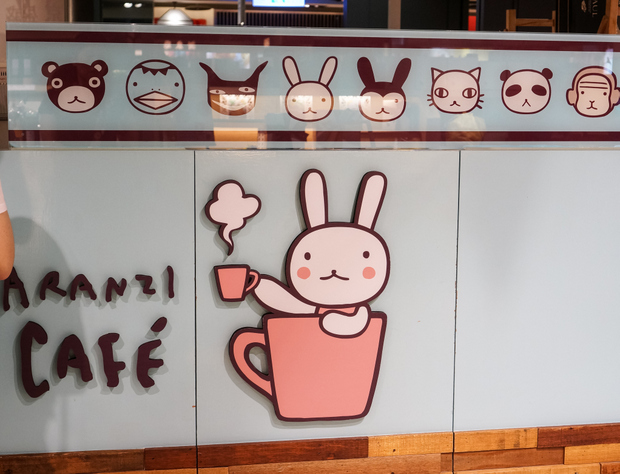 My trip to Taiwan was full of cuteness overload. One great example was Aranzi Cafe, a chain of bakery cafes originally from Japan and with several locations in Taipei. They offer some of the most adorable cakes and sandwiches I’ve ever seen. 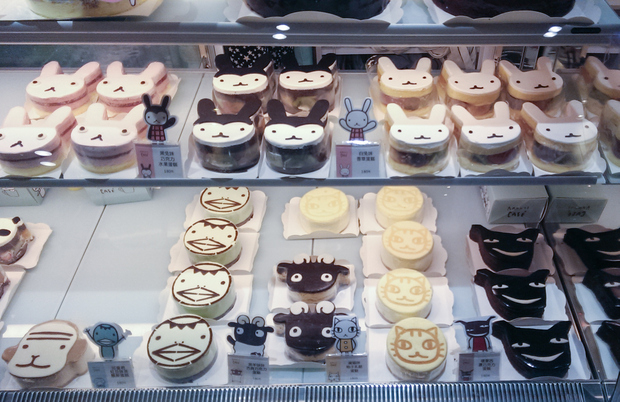 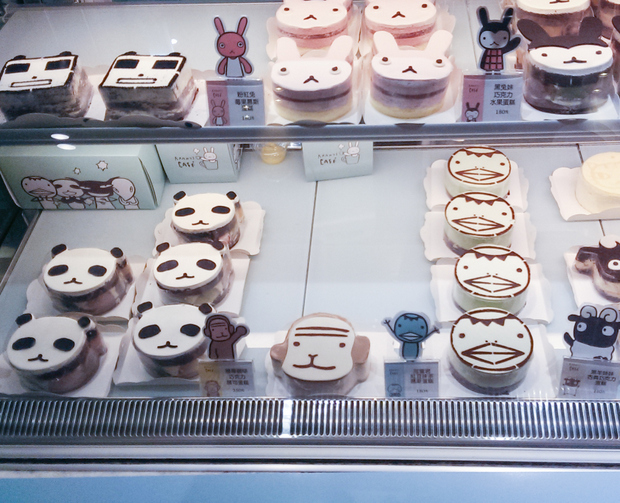 I was first made aware of them from a hungry girl’s guide to taipei during our dessert tour outing. Once she showed me one, I started noticing them everywhere. There is one located inside the food court of each of the Shin Kong Mitsukoshi  shopping centers and I believe there are a few standalone cafes too. 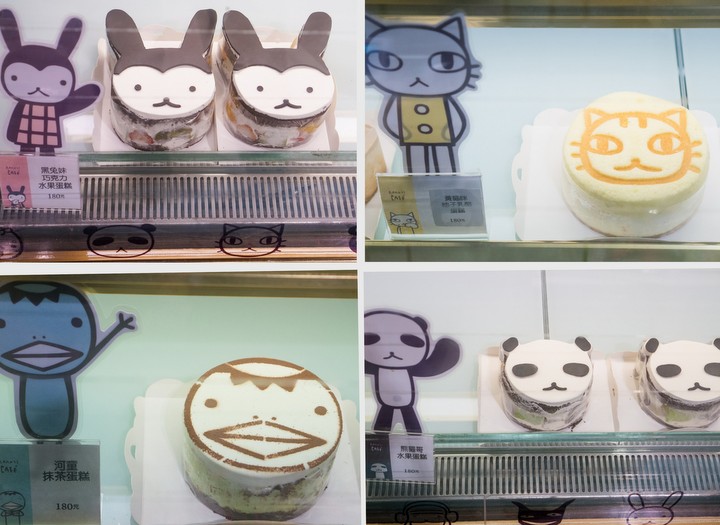 On my last day, I finally had a chance to get one. I was really curious as to how they were decorating the cake, so this was all done in research of course. 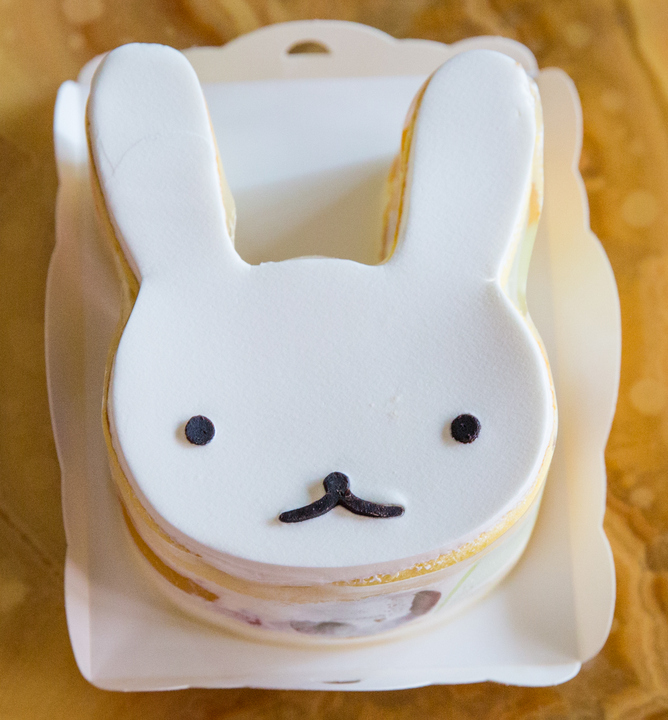 We chose the bunny shaped cake. I delayed the process of cutting into it and ruining its cuteness as long as possible by taking several photos. 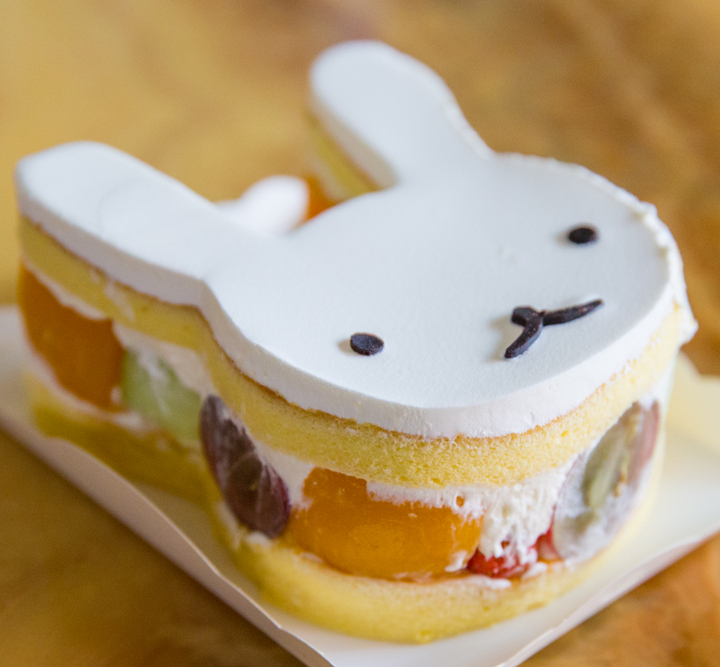 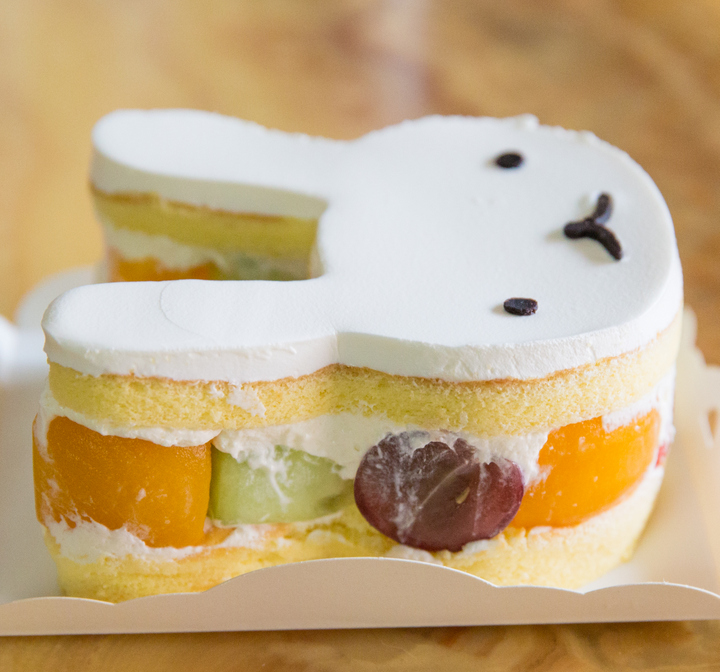 It’s basically a vanilla sponge cake with a fresh fruit and whipped cream filling. The top white layer also tasted like a whipped cream frosting, but even upon closer inspection, I couldn’t figure out how they got it to look so perfectly smooth.

The small cake could easily feed four, and Mr. K and I had a hard time finishing it on our own. For $180 NT or approximately $6 USD, I thought the price was pretty fair, especially since it was so cute. 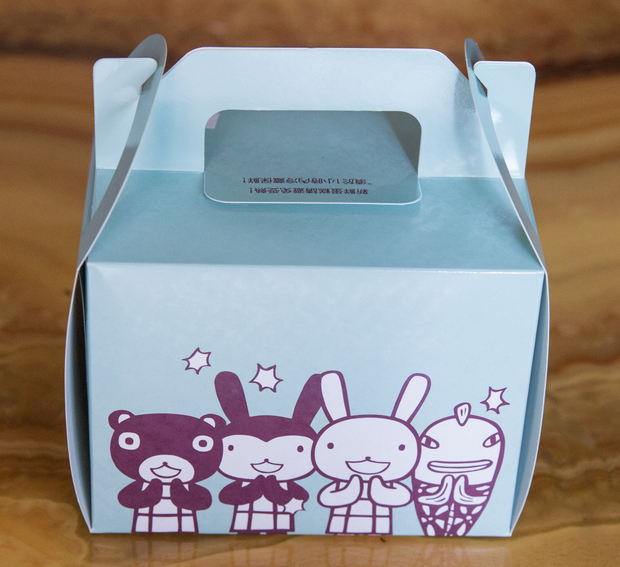 Not only was the cake adorable, but the little box it came in was really cute too. Heck, even the napkins had the adorable characters. 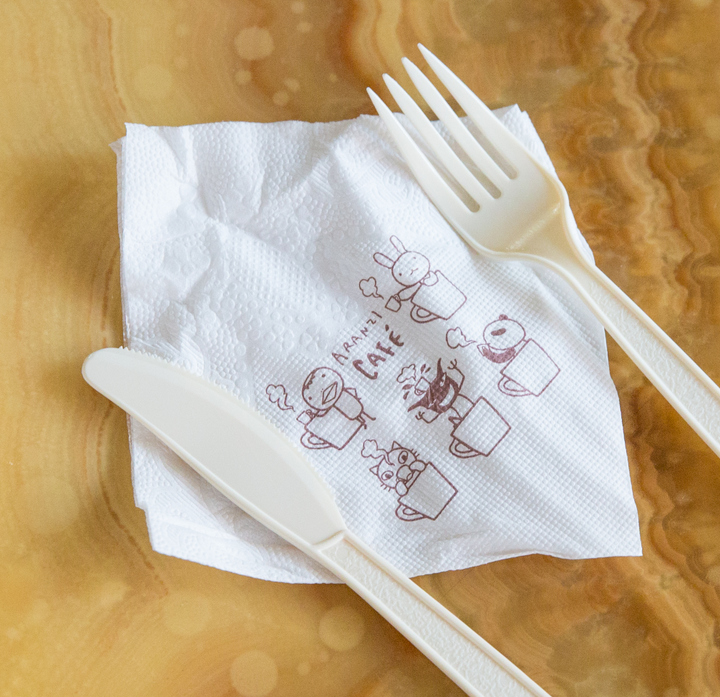 It’s definitely worth a visit if you are near one. I only wish I had more time to properly explore the menu offerings.