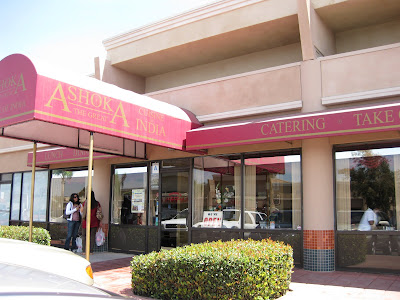 Thanks to a tip by clayfu, I got to try an Indian buffet place this weekend that I have not yet tried.  After researching the place, I was excited.  I love Royal India, but Ashoka is closer to where I live and I don't have to deal with downtown parking.  Another great thing is that their lunch buffet is open until 4pm!  Because of other weekend commitments, I am not available for lunch on weekends until after 1.  Royal India's buffet ends at 2:30, so it's always a bit of a rush to get there and enjoy the food.

Ashoka is located in the Little India area on Miramar, which I have to confess, I have never been to until now. Parking was a bit hard to find because there are not many spaces and there are a lot of restaurants and stores crammed into the plaza. Boyfriend and I circled the lot for a while, and followed people exiting until we found a spot.

Since Royal India is the only Indian buffet I have really enjoyed in San Diego, this review is going to do a lot of comparing with Royal India.

The selection was much bigger than Royal India and most other Indian buffet places I have been to.  There were a lot more meat curries and other dishes I have not tried before.

For example, there was this soup I've never had before (I don't remember the name): 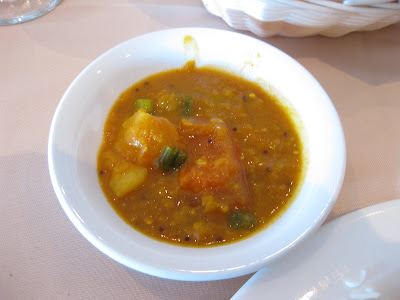 Here are some pictures from the lunch buffet display: 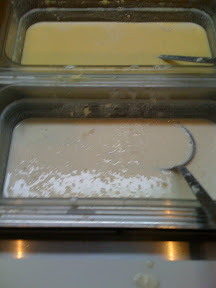 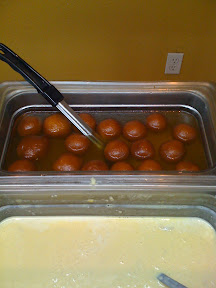 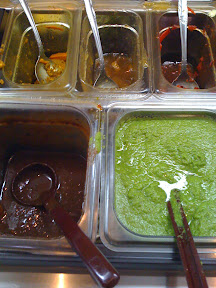 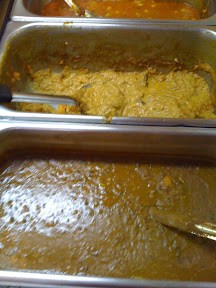 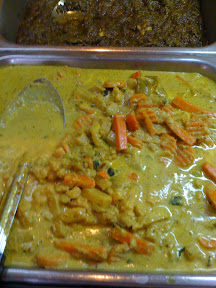 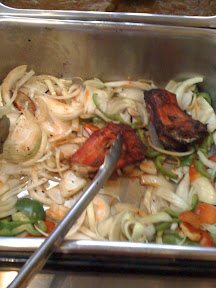 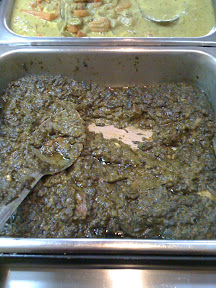 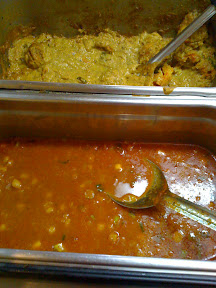 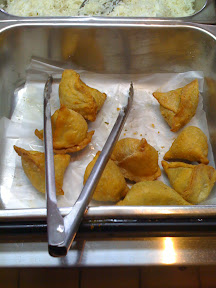 Here are some pictures of the food we ate: 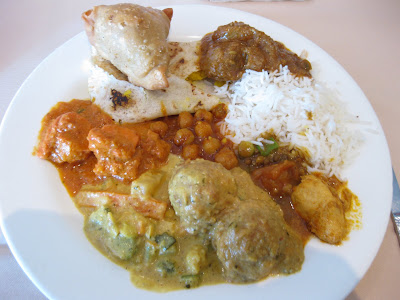 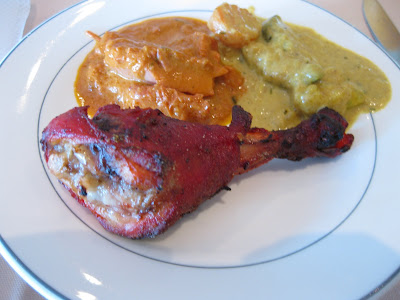 For most of the dishes at Ashoka, if they are offered at Royal India, I
found the Royal India versions to be more flavorful.  Most of the curries at
Ashoka were a bit bland/watered down.  Not too bad; just not the best either.  Some of the
other Indian buffets I've been to have no flavor at all.  I did find
the tandoori chicken here to be more flavorful here.  Also the vegetable somosa.  Very big, spicy and flavorful! Delicious! 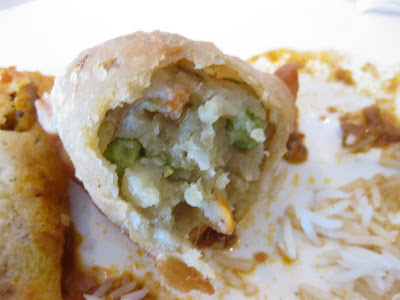 Our meal came with garlic nan, which was pretty cool, instead of just regular nan. 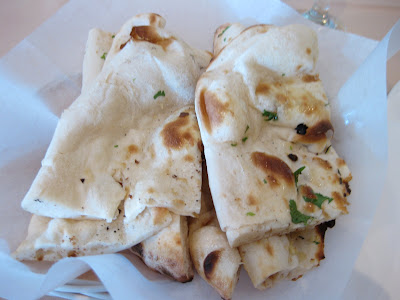 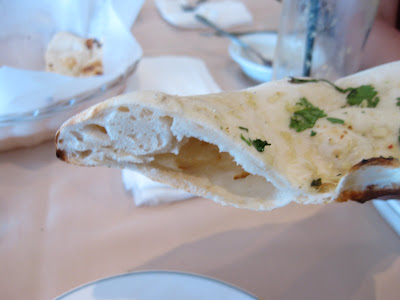 For dessert, they offer some fruits, salad, a coconut kheer, mango kheer and gulab jamun. 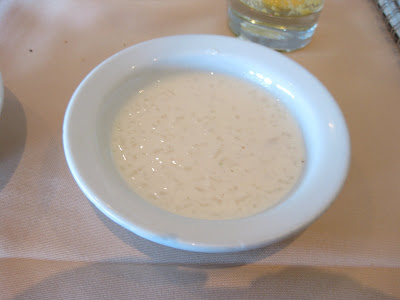 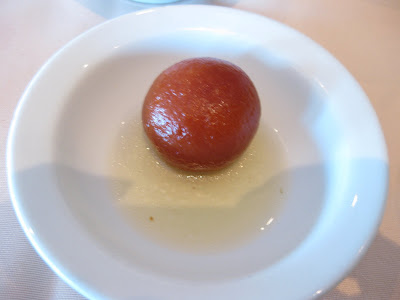 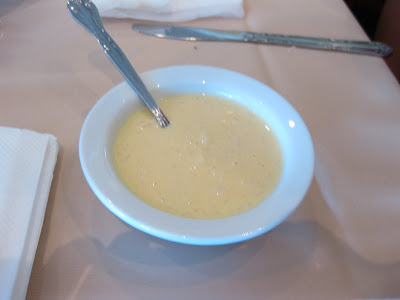 Both the mango and coconut kheer had little bits of almonds in it.  I enjoyed them both.  I still enjoy the coconut kheer at Royal India the best though.  There is some secret ingredient that was in the one at Royal India which I have not found anywhere else.  Ashoka had this really cool serving spoon to scoop out the kheer without it spilling and making a mess.

We also ordered the mango lassi. 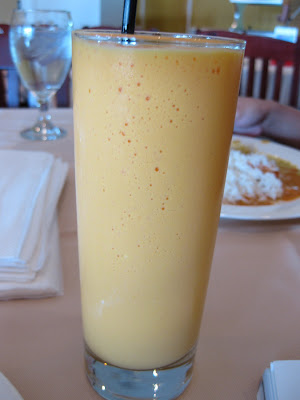 It tasted good, but the consistency was a bit too liquidy.  I prefer the one at Royal India.

Overall:  My favorite Indian buffet is still Royal India.  I think in general, the dishes they serve are a bit more flavorful.  However, Ashoka is pretty good compared to other Indian buffets I've tried, offers more dishes, and is open later and in a more convenient location.  I will definitely be back.