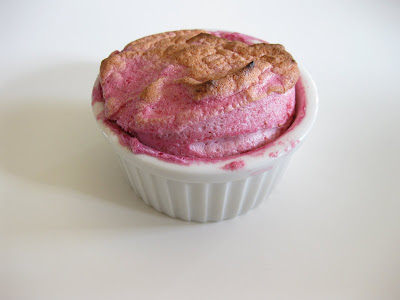 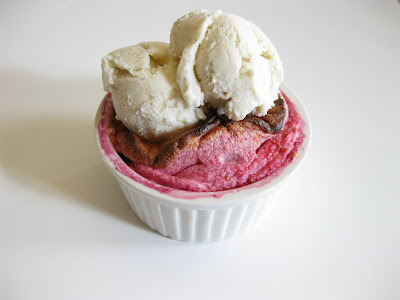 This is the very first souffle I have ever made.  I never thought I would have a desire to make a souffle, but after seeing so many beautiful images on tastespotting.com and foodgawker.com, I decided to try to make my own.  I saw various fruit souffle recipes that seemed relatively simple.

Since I had a bunch of raspberries sitting around, I decided to try a raspberry souffle and used a recipe I found on eating out loud.

Verdict:  The recipe was very simple to follow.  And my souffles came out beautifully.  I hate how quickly they sink though.  So much work goes into make it puff up and it only lasts a few minutes.  I found this recipe to be a bit too sour for me though.  Next time I think I’ll try using a sweeter fruit or maybe add a lot more sugar to my raspberry puree.

Alterations:  The only alteration I made with the recipe was that I didn’t strain out the seeds from the puree. I didn’t think it was necessary. 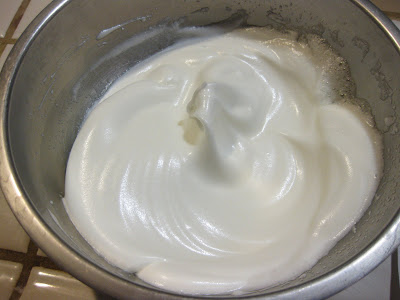 The souffles rose beautifully, though they were slightly too brown on top.  I think it’s because I didn’t lower my rack in the oven enough. 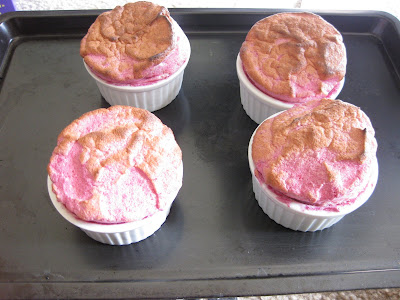 They started sinking even as I was taking pictures. So sad! 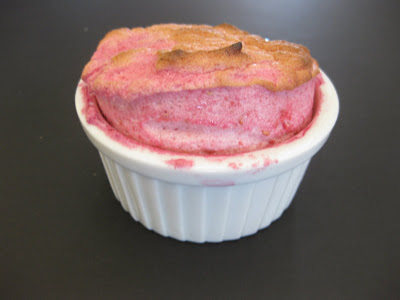 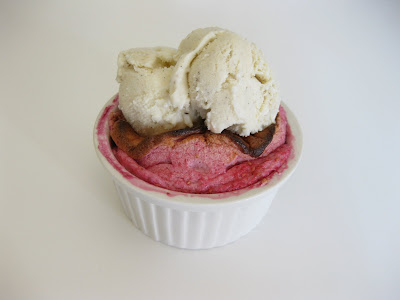 I served mine with vanilla bean ice cream. 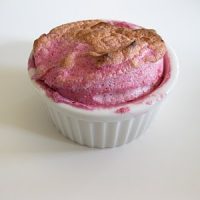 Servings: 6 servings
Prep Time: 20 minutes
Cook Time: 10 minutes
Total Time: 30 minutes
Course: Dessert
Cuisine: French
The trick in making tall and puffy souffles is carefully folding whipped egg whites into the fruit puree so the batter has lots of air in it. They're best served hot from the oven as they will quickly deflate if they're left to sit. Serve them as is or add a scoop of vanilla ice cream.
Print Pin Rate

Did you make this recipe?I'd love to see it! Mention @KirbieCravings and tag #kirbiecravings!
Posted in: Other desserts
0 Comments // Leave a Comment »