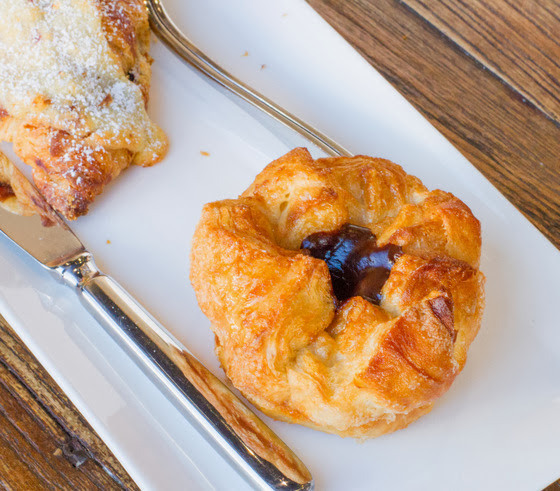 Kouign Amann (pronounced queen amon) has slowly been creeping up in popularity. It’s a Breton cake that is made of bread dough layered with butter and sugar. When done right, the cake is light and flaky, with soft buttery layers similar to a croissant, and a caramelized exterior. I’m not much of a pastry person, but the kouign amann is quite amazing. I could probably eat half a dozen in one sitting, if someone didn’t stop me. It’s difficult to make, judging by the poor versions I’ve had. Dominique Ansel is widely regarded as making the best version.

Since its opening though, b. patisserie has been making a name for itself for its kouign amann. We recently spent a weekend in San Francisco and made an immediate trip to b. patisserie for breakfast on our first morning.

Once inside, I was overwhelmed by the selection of gorgeous pastries and baked goods. 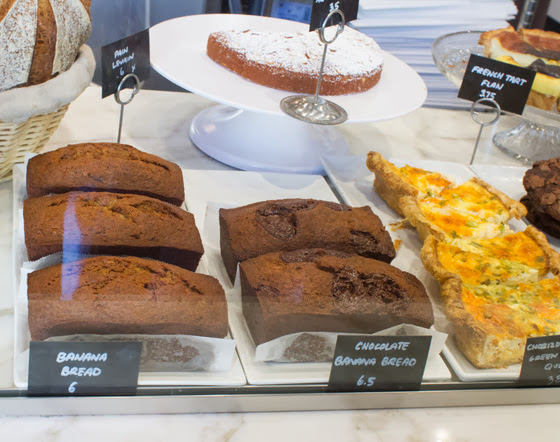 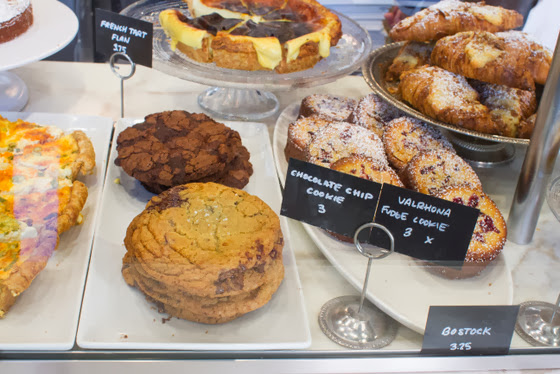 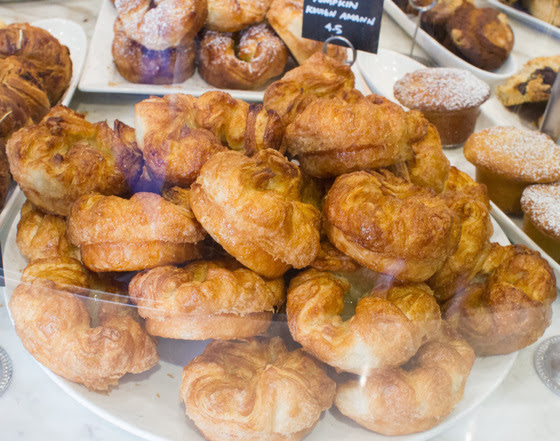 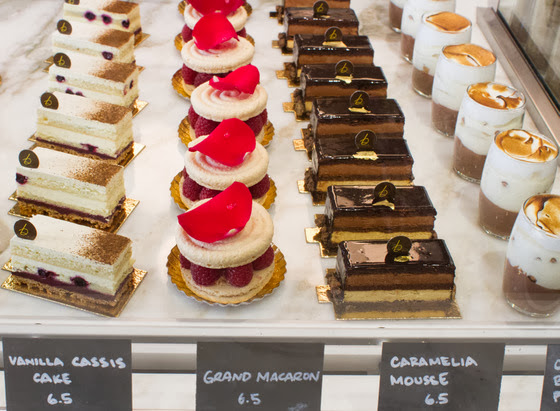 Unlike Dominique Ansel, B. Patisserie actually offers three different types of kouign amann: plain, chocolate, and a seasonal one (pumpkin during our visit). 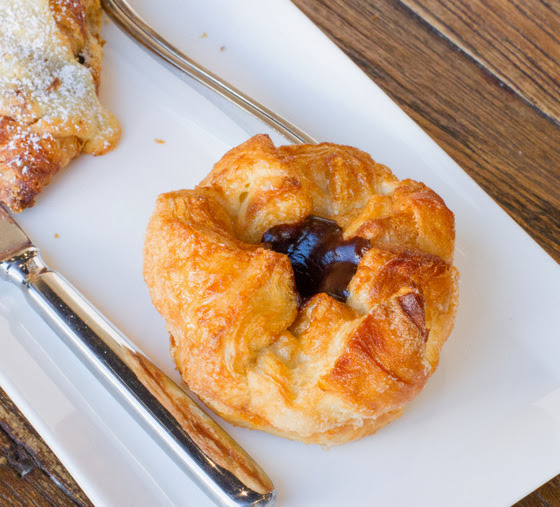 I thought the chocolate version would just be a piece of chocolate inside, similar to the chocolate rod baked inside a chocolate croissant. But this was better. The chocolate center was completely melted and oozing out like a lava cake. 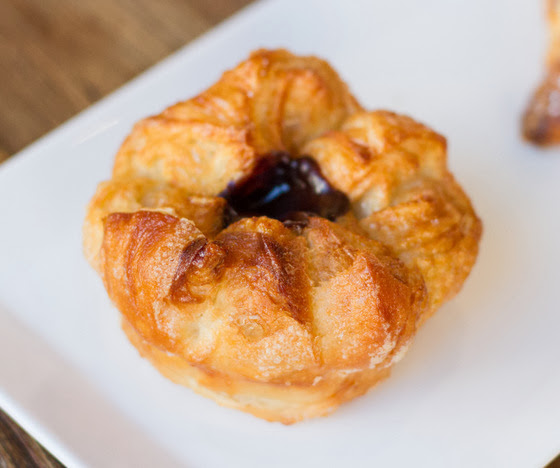 As for the kouign amann itself, it was as good as I had hoped. If Dominique Ansel is considered the King of Kouign Amann, then Belinda Leong of b patisserie should be deemed the Queen of Kouign Amann. I honestly couldn’t tell whose version was better without a side by side comparison, which is quite difficult since they are on opposite coasts. Based on my recollection, I think B’s version is slightly more buttery, so it might just come down to a personal preference. 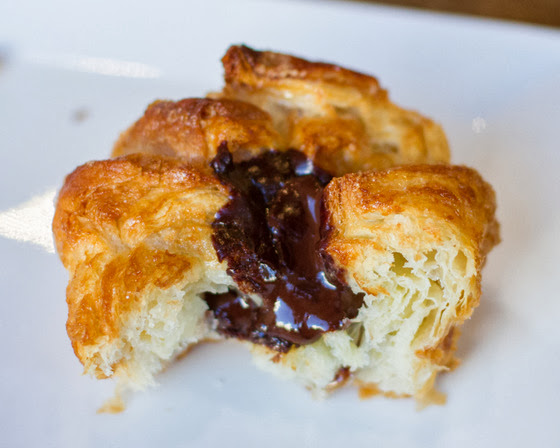 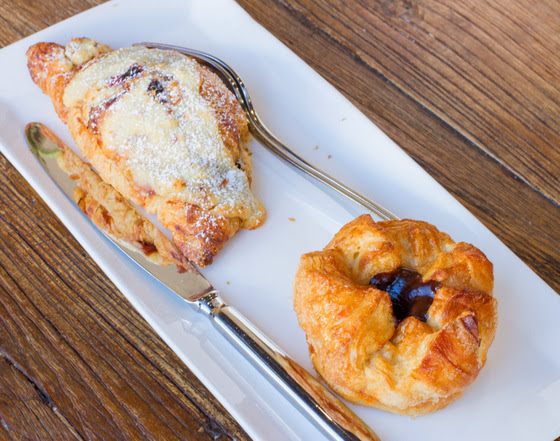 On our first visit, we got the chocolate, a plain, and a huckleberry croissant. I originally had planned on trying quite a few other items, but once I bit into the kouign amann, that’s all I wanted. I’ll have to come back next time to try more items. 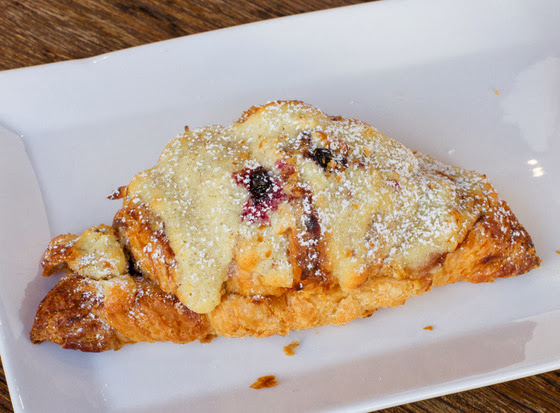 The huckleberry croissant was a little bit of a letdown after the kouign amann. It wasn’t flaky enough and had too much buttery mixture on top for me. 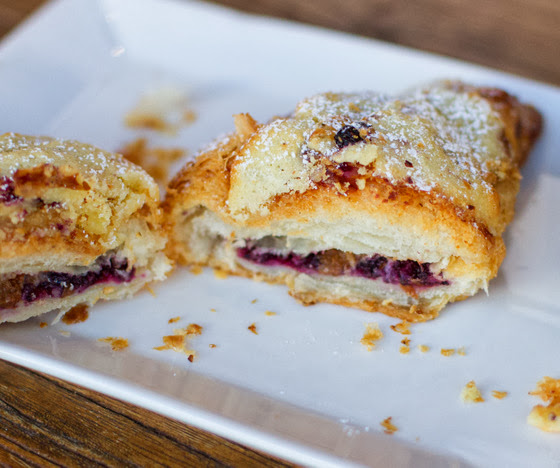 Kouign Amann is best consumed within a few hours, so it’s not something that you can really buy in bulk and save for later. Here are our two plain ones we took to-go. They didn’t go far as we polished them off before lunch. 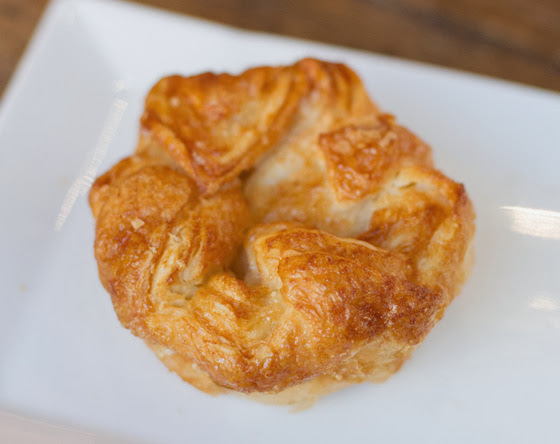 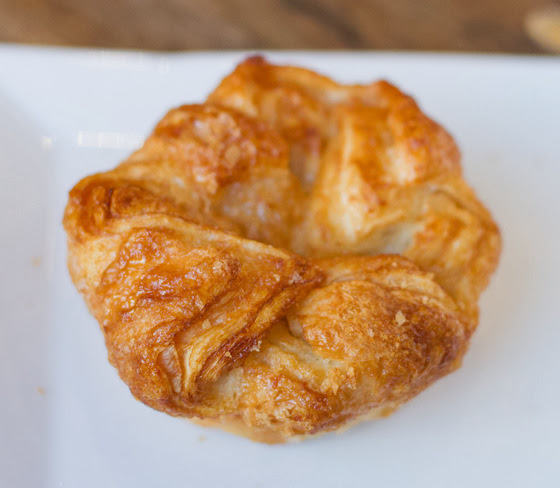 As a result, we were back the next day, a few hours before our flight, to once again get our fill.

This time we got the plain one and also the pumpkin one. 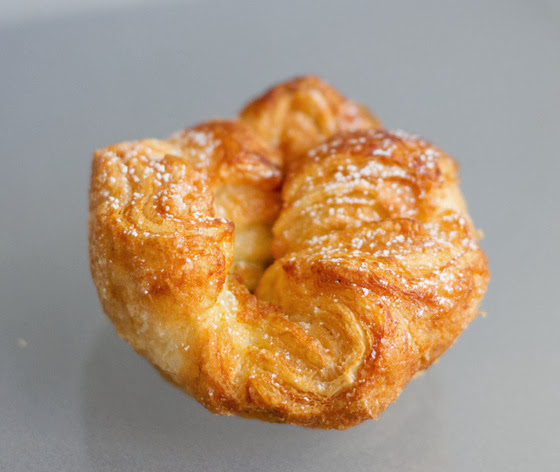 I didn’t think the pumpkin one was as special. There was a sweetened pumpkin filling inside, but it didn’t really stand out. I preferred the plain and the chocolate versions. 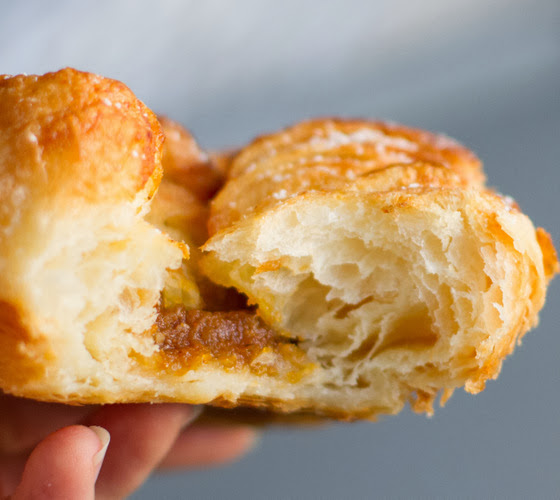 We’ve been pretty much dreaming about kouign amann since our trip. We actually plan on making another trip to SF soon just to stuff our faces with more. If you’re in the area, I highly recommend you go in and try the kouign amann.

« Previous PostPumpkin Bread
Next Post » A Few of My Favorite Things

6 comments on “B. Patisserie”