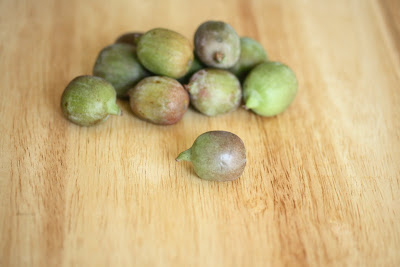 The other day I was at Trader Joe's when Boyfriend pointed out this package of baby kiwi to me.  I've never seen baby kiwi before but they were so cute I just had to buy a small box. 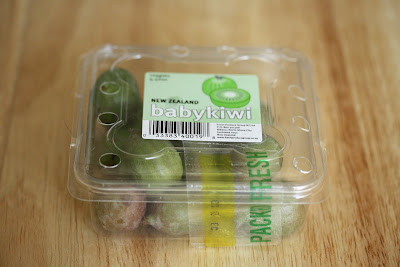 The fruit are so tiny, like the size of grapes. I ate them after they were soft.  The skin is a thin layer, more like a grape than like a kiwi, and it doesn't have such a fuzzy texture like regular kiwi.  Inside, there aren't black seeds, but instead the seeds are a reddish color.  To eat them, I just cut them in half and then sucked out the flesh, which removed easily from the skin.  The kiwi was super sweet, but definitely had that tart, distinct aftertaste of a kiwi.  So while they look more like grapes, there is no mistaking these are kiwis. 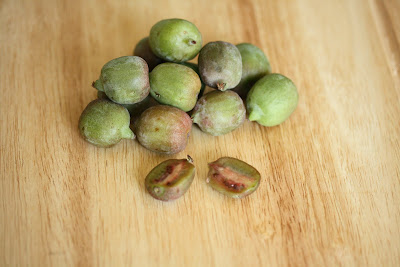 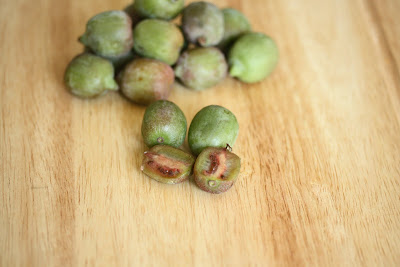 When I looked up baby kiwi, I saw ones that looked exactly the same as big ones, with the same green flesh and the black seeds. When I was choosing mine at TJ, there were boxes of bright green ones and ones with the reddish tint.  I chose the ones with the reddish tint because I thought that meant they were more ripe.  Now I think maybe the greener ones might look different inside. 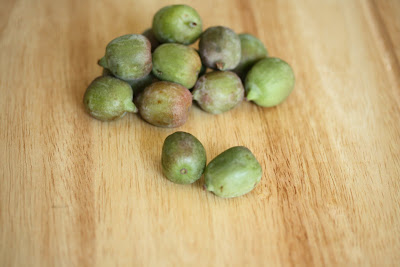