Thick and fudgy brownies flavored with salted caramel and bacon bits. If you like sweet and salty and chocolate, definitely give these a try. 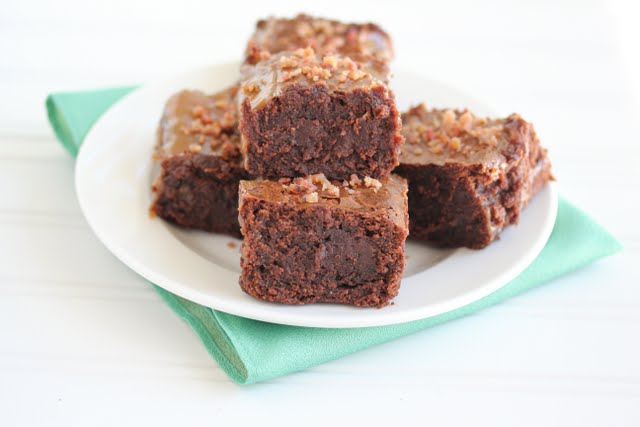 So those amazing delicious fudgy salted caramel brownies (also known as Baked Explorations’ Sweet and Salty Brownies) didn’t last long. With the kids away, I might have eaten most of them.. 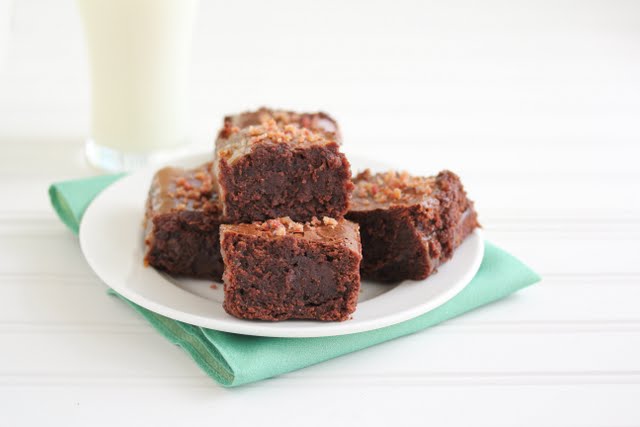 And even as I was eating that last batch, I immediately knew what I wanted to make next: a bacon version. The idea comes courtesy of my fellow SD blogger, Three Dog Kitchen. Her version is even better than the ones I had time to make because she studded her brownies with cocoa bacon. I definitely want to try that next time, but I simply didn’t have enough time with these. 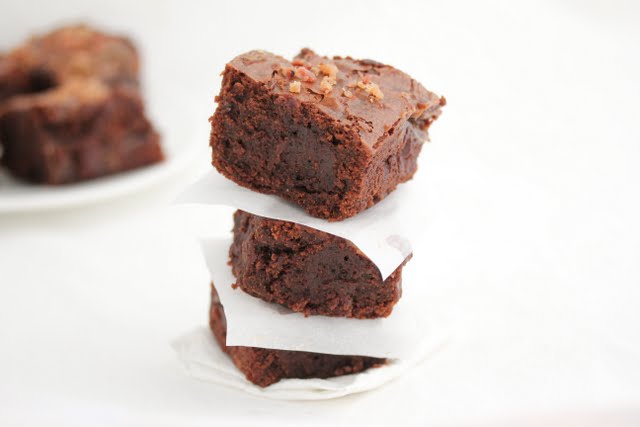 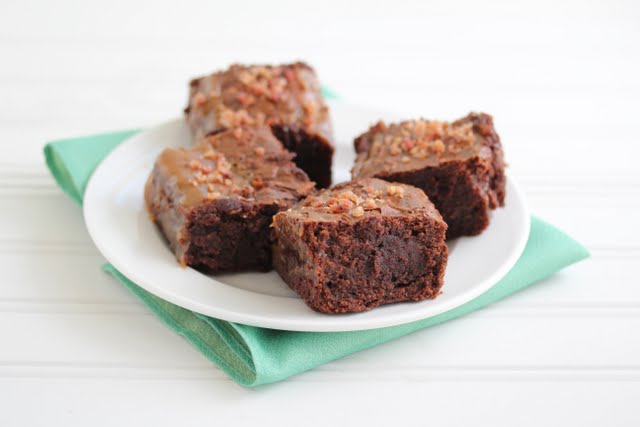 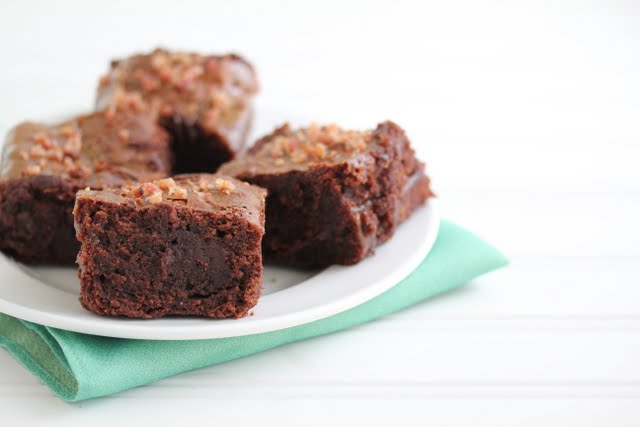 I loved the addition of bacon bits in these brownies. Which begs the question, is there anything bacon doesn’t go with? 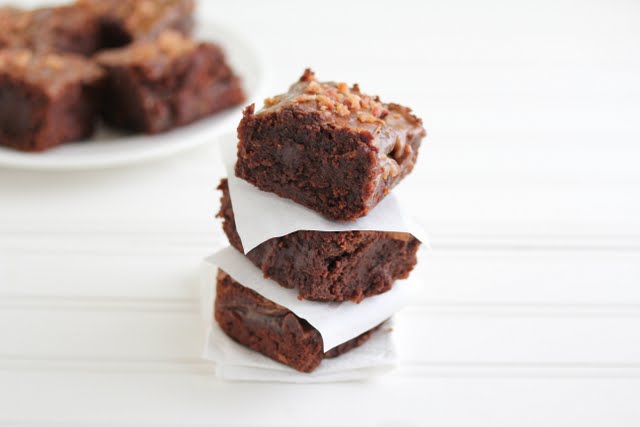 Prep Time: 30 minutes
Cook Time: 30 minutes
Total Time: 1 hour
Course: Dessert
Cuisine: American
After making these brownies I’m convinced there’s nothing that can’t be made better with some bacon. The bacon is added to the caramel sauce making it like like salted caramel but better because it’s made with bacon!
Print Pin Rate

For the Salted Caramel Filling

The brownie recipe is the Sweet and Salty brownies from Baked Explorations. The bacon idea was inspired by Three Dog Kitchen.

Did you make this recipe?I'd love to see it! Mention @KirbieCravings and tag #kirbiecravings!
Posted in: Bacon, Brownies, Cakes
10 Comments // Leave a Comment »