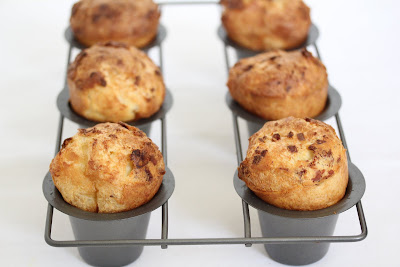 I have a lot of bacon in the house and have been sticking it in everything to use it up. I really enjoyed the popovers I made a few weeks ago. They were very airy, light and chewy. They tasted good even after they were cold.  I decided to try making ones with some bacon. 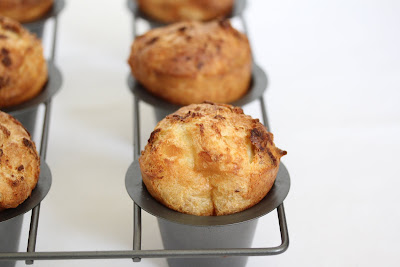 I sprinkled some bacon in the batter and some on top. Unfortunately, since the popovers bake for so long, the bacon on top turned a little burned. The bacon inside ended up getting smashed to the sides of the popovers because the popovers were so airy and hollow inside. I also left the popovers in the oven a little too long, so the popovers came out kind of dark. 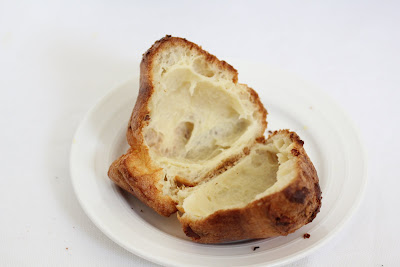 They still tasted really good though and you could taste the bits of bacon. I think next time if I want to add bacon, I’ll use this popover recipe. This one I previously used, the popovers weren’t as airy and so the bacon would be more in the middle of the popovers rather than smashed against the side. 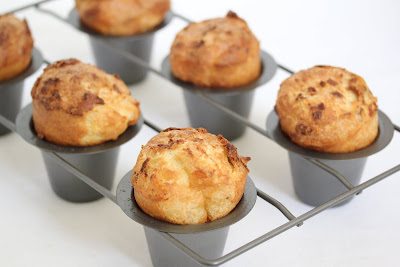 This recipe makes 6 large popovers. I used this Popover Pan

Recipe adapted Umami Girl who adapted it from Gourmet Magazine

Did you make this recipe?I'd love to see it! Mention @KirbieCravings and tag #kirbiecravings!
Posted in: Bacon, Bread, Recipes
1 Comment // Leave a Comment »