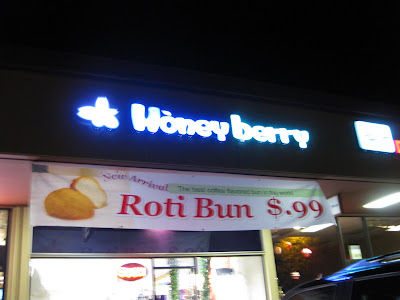 Last time Baby Bro was at home, he went with his friends to Honey Berry, where they ordered this fresh made waffle topped with gelato and other toppings.  He didn't try any, but he took a picture and has been talking about the place ever since.

So I agreed to try out the place with him.  Honeyberry offers tart frozen yogurt, shaved ice and waffles with gelato. 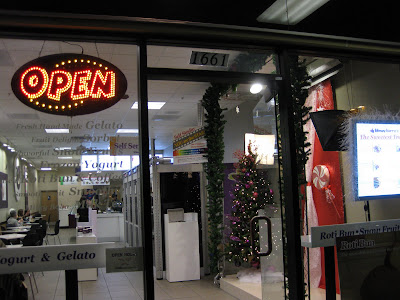 The frozen yogurts are mainly tart flavors, which I'm not much of a fan of: 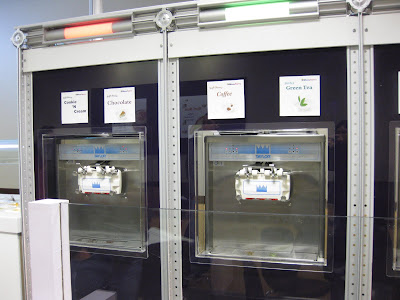 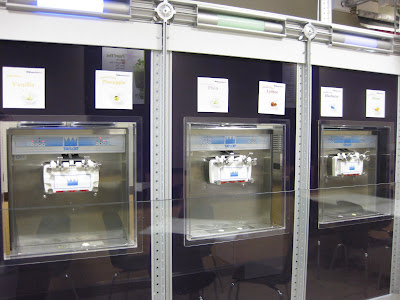 They also have a beautiful display of gelato: 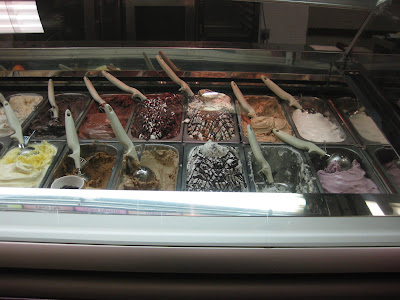 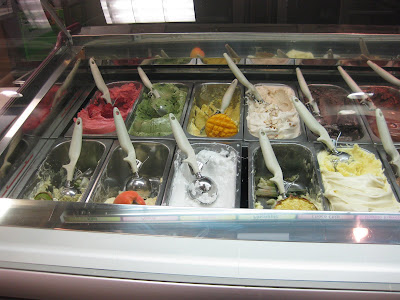 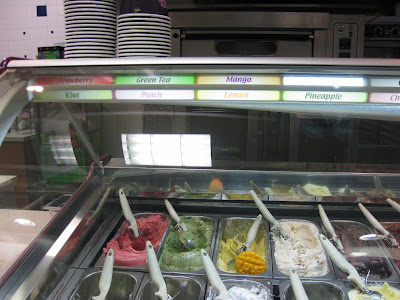 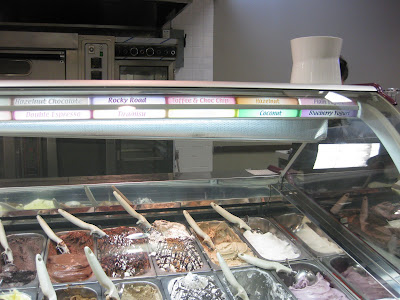 I was really excited to see the gelato. I'm used to the Italian flavors, but this place had a bunch of "Asian" flavors like green tea.

The waffle and gelato combination is about $7.  They let you choose two gelato flavors.  I chose green tea and chocolate hazelnut.

The waffle took a long time to make. 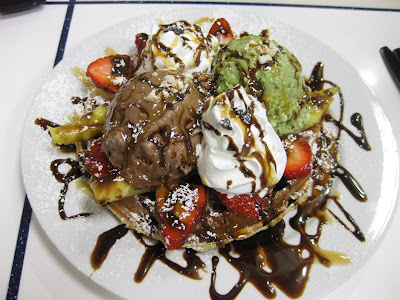 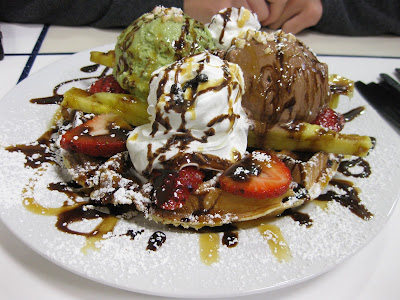 There were also fresh strawberries, pineapples, whipped cream and chocolate sauce with the waffle and gelato creation.  It was quite pretty.

Unfortunately, I didn't really like it.  First off, the gelato was a huge disappointment.  The consistency was all wrong.  It tasted like regular ice cream, not like gelato.  And the flavor was too mild.

Also the waffle was really soggy.  And not like soggy because it had been covered with stuff. Soggy like it had been sitting out for a long time. Finally, I didn't think there were enough fruit toppings and the pineapple didn't really go with the other flavors.

Baby Bro and his girlfriend enjoyed it though.  They also had no idea what I was talking about with the gelato since neither of them have eaten much gelato.