Be Our Guest (Disneyworld) 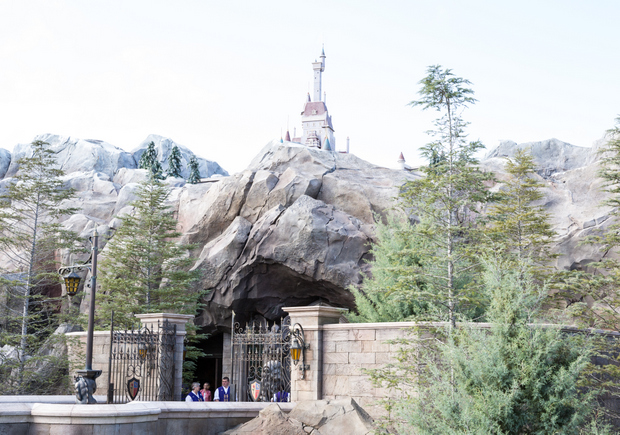 We didn’t spend too much time trying out the restaurants in Disneyworld, but one place I really wanted to dine at was Be Our Guest, which replicates the enchanted castle from Beauty and the Beast.

For breakfast and lunch, it’s quick service and then they have a more formal sit-down dinner experience. We chose to go there for lunch.

It’s actually quite dark inside, so please excuse the graininess of the photos. There are three rooms you can dine in: Grand Ballroom, West Wing, or The Castle Gallery (Belle’s library).

Once inside, I instantly felt like I was stepping inside my favorite Disney movie. 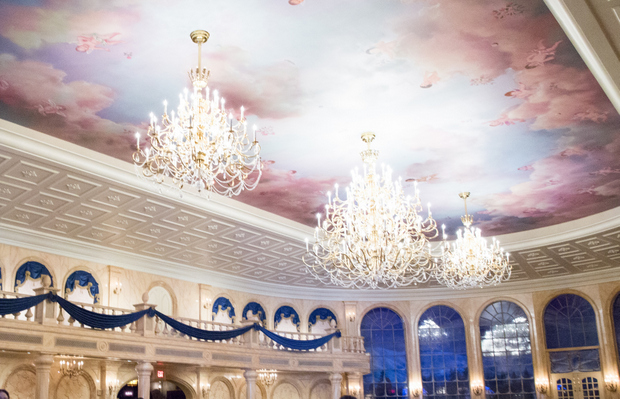 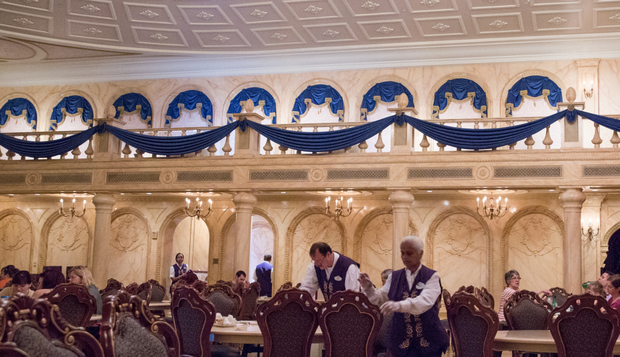 West Wing with the mystical rose: 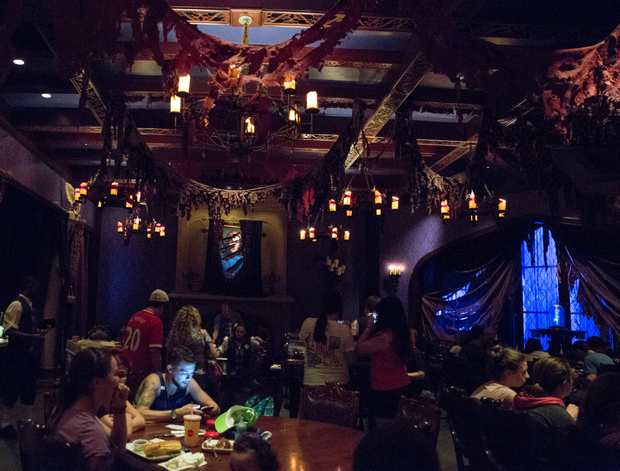 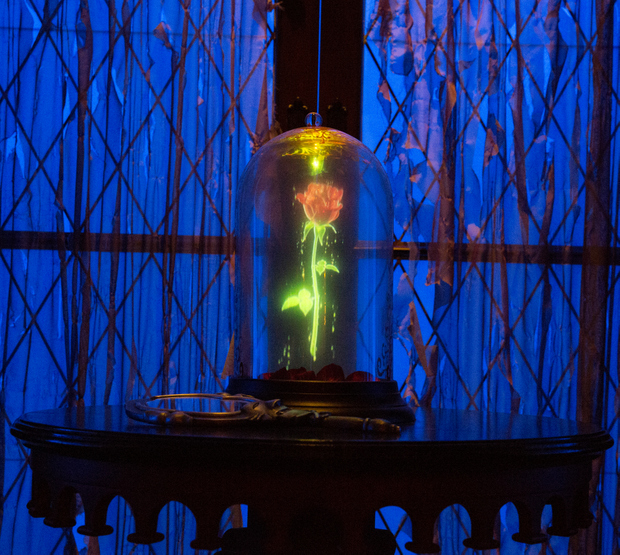 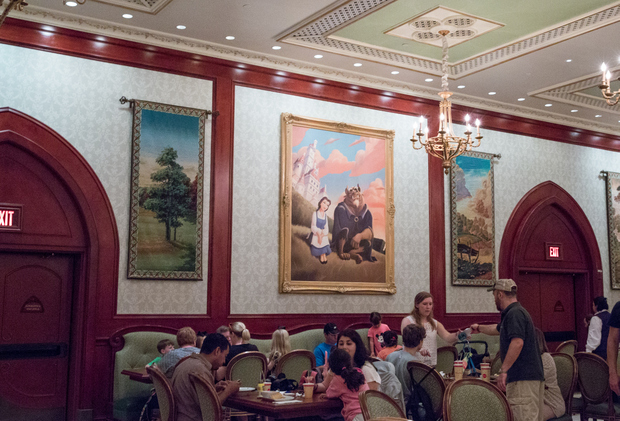 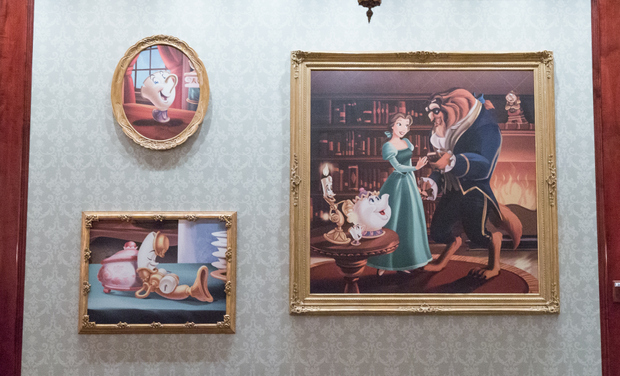 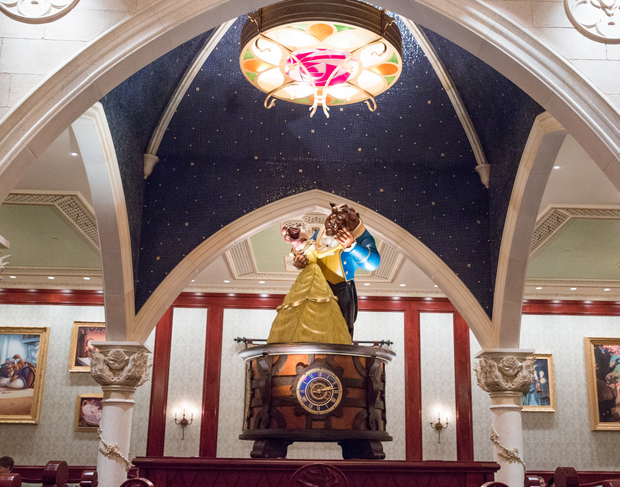 You order at various touch-screen computer stations and then grab any free table. When you food is ready, it’s wheeled out to you in a fancy cart. I’m assuming they must keep track of you through your Disney fast pass wrist band because we didn’t have any sort of table number. 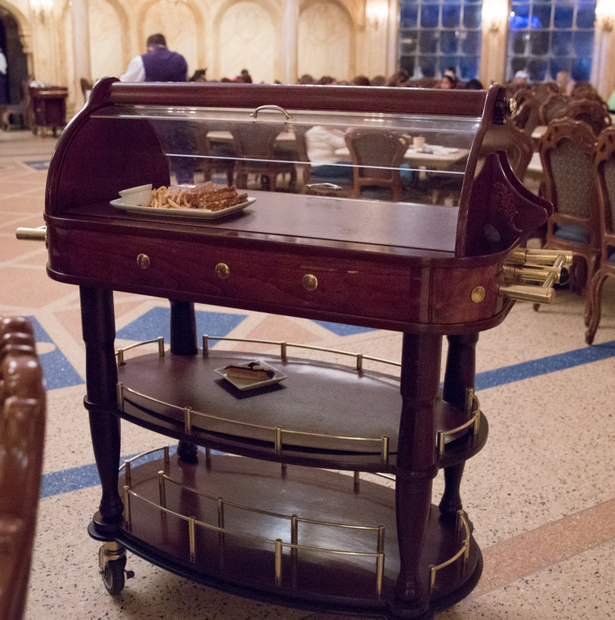 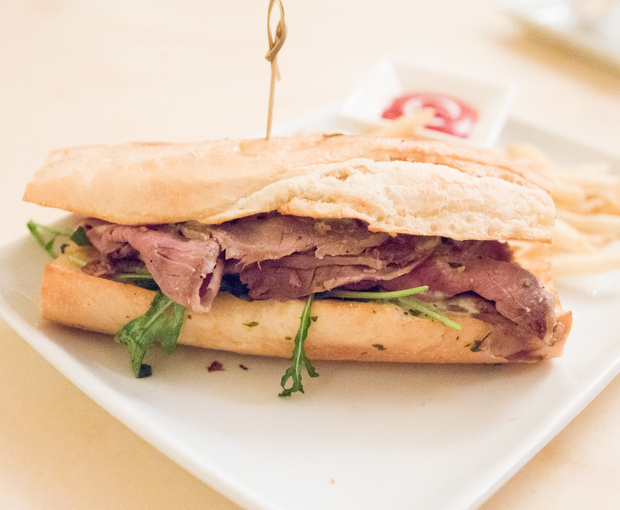 Thick-cuts of roast beef are served on a crusty warm baguette and accompanied by pomme frites. This was actually quite tasty. The roast beef was juicy, tender and not overcooked. The thin-cut fries were crunchy with just the right amount of potato. 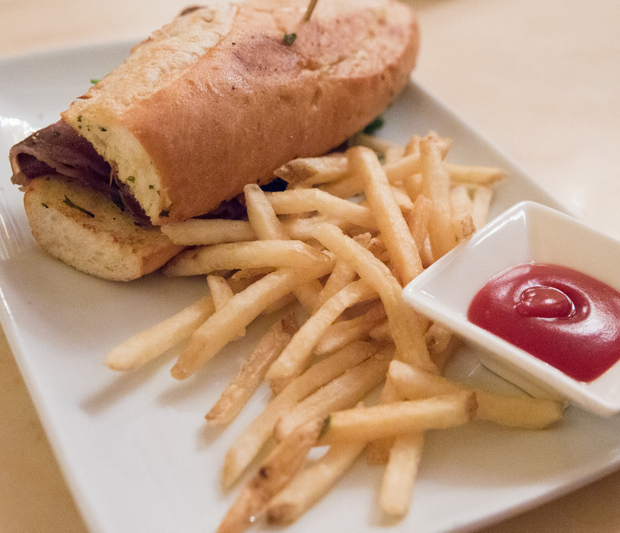 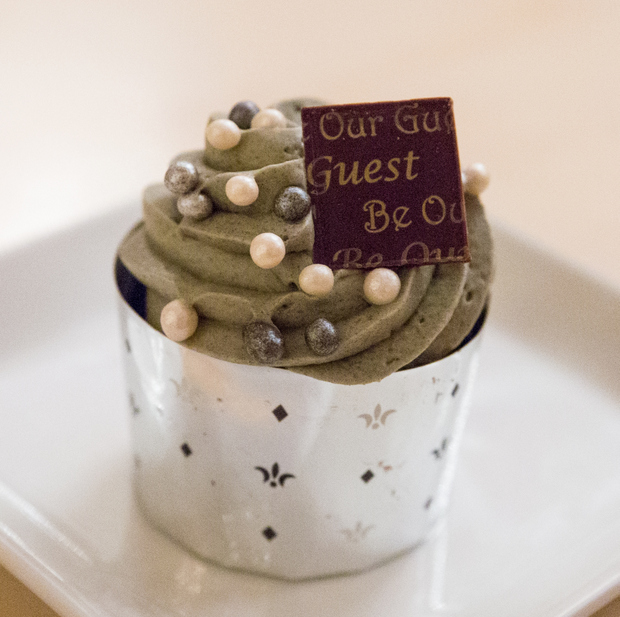 If you recall the lyrics of Be Our Guest, Lumiere sings at one point “Try the grey stuff. It’s delicious!” Well, this cupcake is Disney’s interpretation of grey stuff. A chocolate sponge cupcake topped with a grey whipped cream frosting and silver crunchy chocolate balls. This is one of the items we found on several “must-eats” list and it was one of the better desserts we had. I plan on recreating it sometime soon. 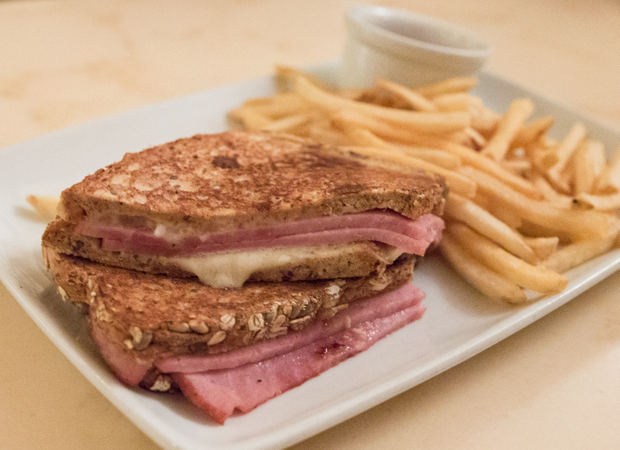 I’m on the hunt for finding an amazing croque monsieur, but so far no luck. My brother-in-law, recently told me there is an amazing one at Disneyland, I will have to try it sometime. We found this version to be too salty. 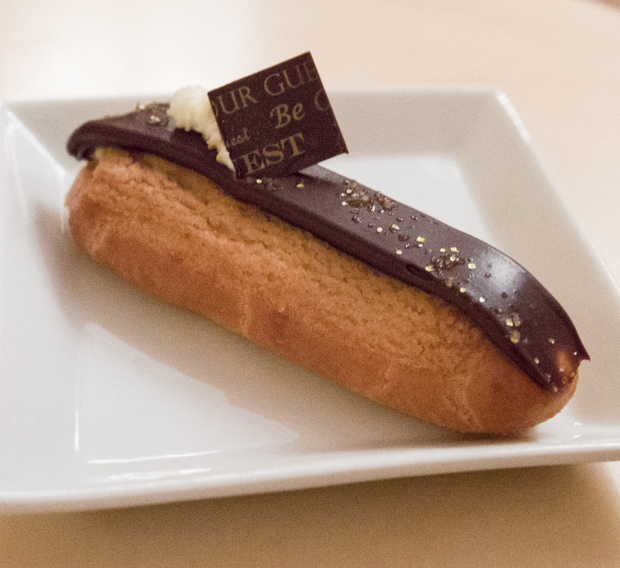 I like eclairs, but I don’t usually like orange flavored foods, so this was just okay for me.

Overall, we had a good lunch here. If you’re a fan of Beauty in the Beast, it’s definitely worth checking out sometime during your stay.

7 comments on “Be Our Guest (Disneyworld)”