Beard Papa's
Many locations in US and worldwide. Check out their website for all locations.
https://beardpapa.com/
Location visited for this post:
19748 Stevens Creek Boulevard
Cupertino, CA 95014
(408) 996-2300 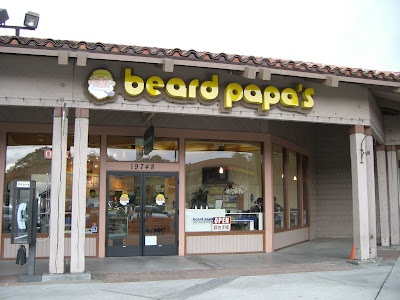 Beard Papa's is a wonderful chain of stores selling cream puffs.  I love, love their cream puffs, though I do find them to be on the expensive side.  However, since I have yet to find a cream puff that tastes like Beard Papa's, I have no choice but to fork over the $2 for each puff.  I first tried these cream puffs in Los Angeles.  Since then, I have tried ones at the location in Monterey Park, Cupertino, Hawaii and Rancho Cucamonga.  I saw them in Taiwan too, but didn't try them there.  While there is a location in National City, I have yet to go to it because my boyfriend thinks it's too far away…('m planning a National City food run in the near future, with Beard Papa's being on the list!) 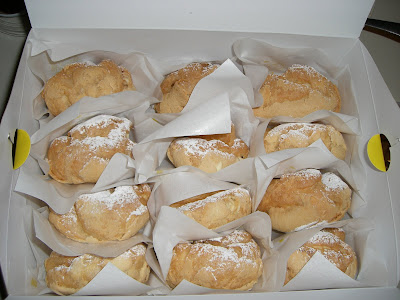 Each individual store varies slightly in what they have to offer.  All stores offer the original cream puff, which has a vanilla bean filling.  Most stores also offer chocolate flavor cream puffs and some other pastry items like fondunte au chocolate and eclairs.  Then, the stores usually have a flavor of the day.  These flavors are only available that one day a week which they are featured.  I've seen flavors offered such as strawberry, green tea, coffee, and mango.  Recently, they also introduced a new type of cream puff shell, a cookie crumble shell, which is the original shell but with sweet cookie crumbles on top. 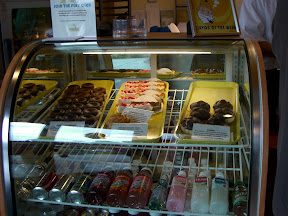 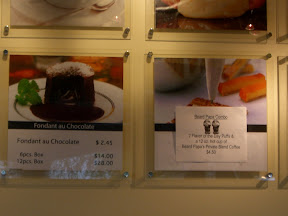 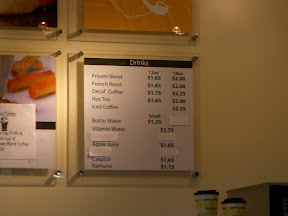 Whenever I go home to my parent's place, I stop by the Cupertino one because it is very close to where I live. For me, it is all about the original cream puff.  The shell is light and airy.  The cream is what makes this cream puff stand out though.  The vanilla bean looks so pretty with the little bits of vanilla inside.  The cream is sweet, rich, and delicious!  I don't really know how else to describe it.  However, I don't feel the same about the other flavors.  What is so magical about the vanilla cream doesn't seem to translate for the other flavors, where I find the cream to be dense and not as tasty.  So, whenever I come to this store, I come for the original cream puff.  Sometimes, I will get it with the cookie crumble shell, which costs extra.  I don't get the cookie crumble shell at the Cupertino location though because I tried it twice and each time it was disappointing.  The cookie shell was dry and not sweet.  I've tried the cookie shell at the Rancho Cucamonga location and was pleased with the texture and taste.  The cookie crumble adds a bit of sweetness and crunchiness to the cream puff when made right.  Here are some pictures of the vanilla cream puffs I bought: 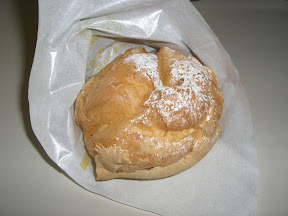 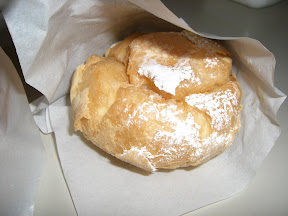 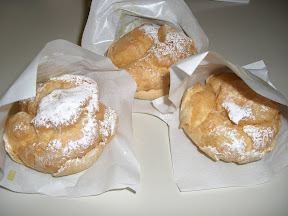 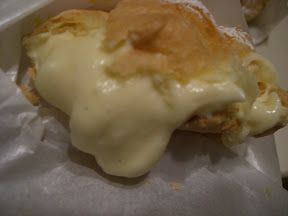 The stores have a cute logo and the boxes of puffs come in cute boxes.  When you order, you can see the cream puffs being made.  Each puff is stuffed with the cream and put on a scale where it is weighed, in order to ensure consistency.  There is definitely a generous amount of cream in each puff. 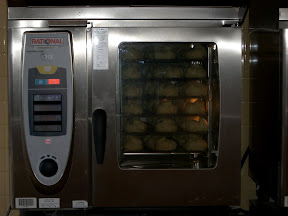 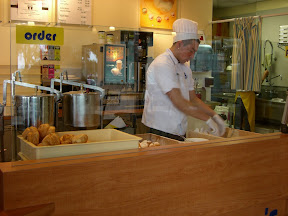 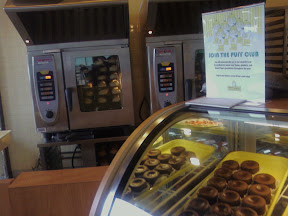 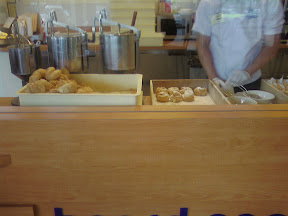 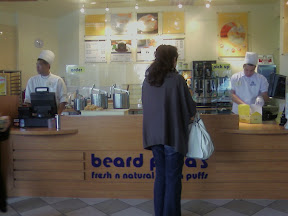 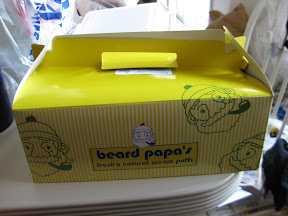