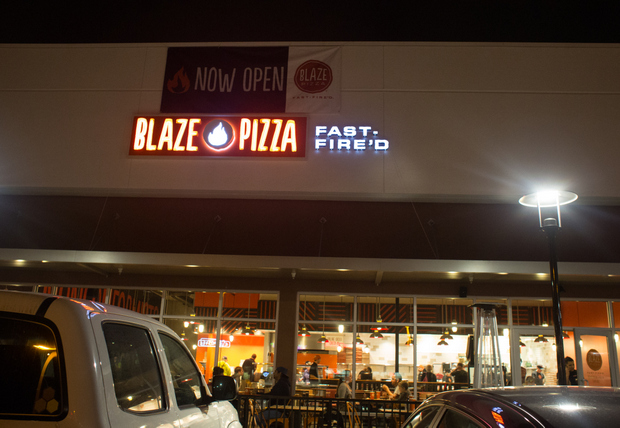 Blaze Fast Fire’d Pizza recently opened its newest location, this one inside Genessee Plaza (directly across from the Balboa Mesa plaza that houses the new 85C Bakery and Cafe, Chicken Charlie’s and Boudin). Interestingly, the plaza across the street also houses another popular custom-built pizza chain, Pieology.

You may recall, I previously visited the Blaze Pizza at the Carlsbad Outlets, and out of all the custom-built pizza chains that have opened in San Diego in the last year (and I’ve tried nearly all of them), my favorite has been the Blaze chain, which is why I was excited that they were opening one closer to me. 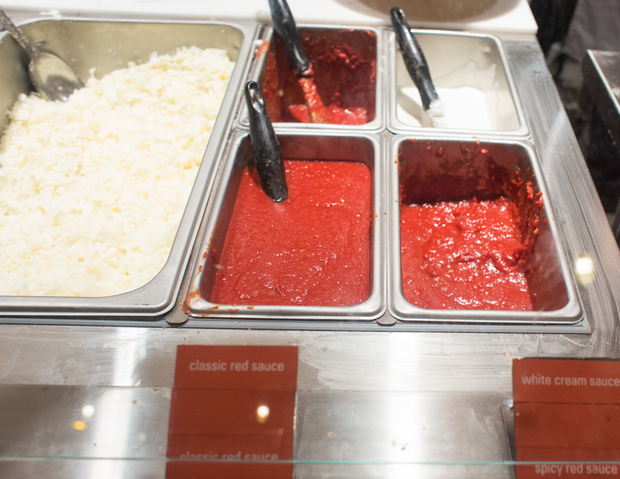 Both signature pies and build your own pies are priced at $7.95. One of the things I really like about Blaze is that they offer a white sauce and a spicy red, which most of the other chains don’t have (usually your choices are red or no sauce). There’s a good amount of toppings to choose from (about 22), including half a dozen different cheeses. 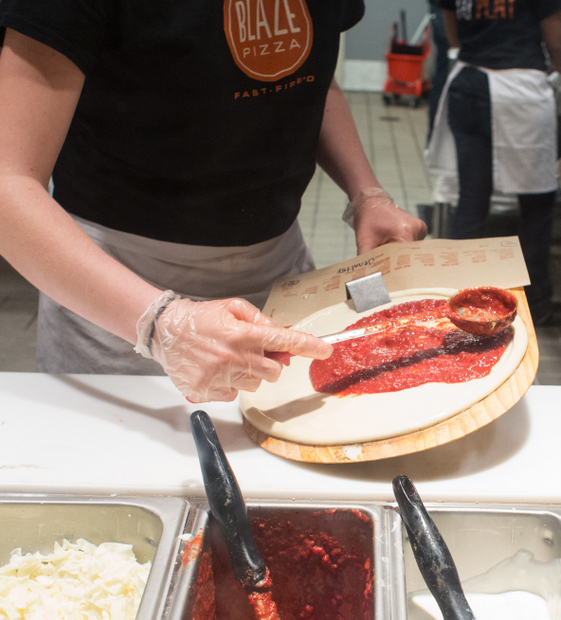 The assembly line was quick and efficient and our total time from enter to sit down was less than five minutes, and that included paying for our food. A few minutes later, our pizzas were brought out to us. 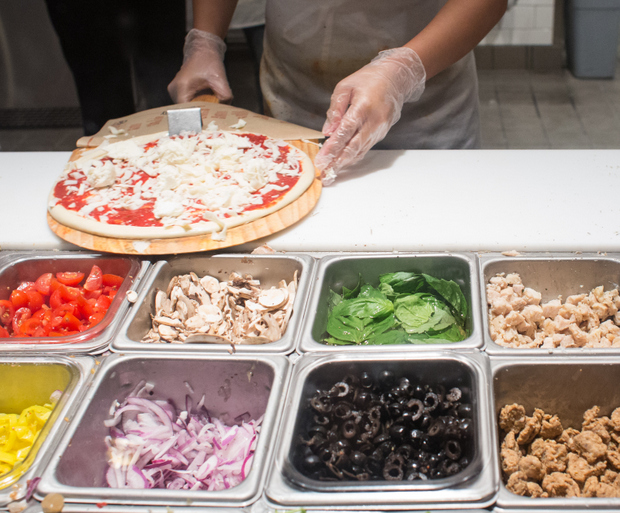 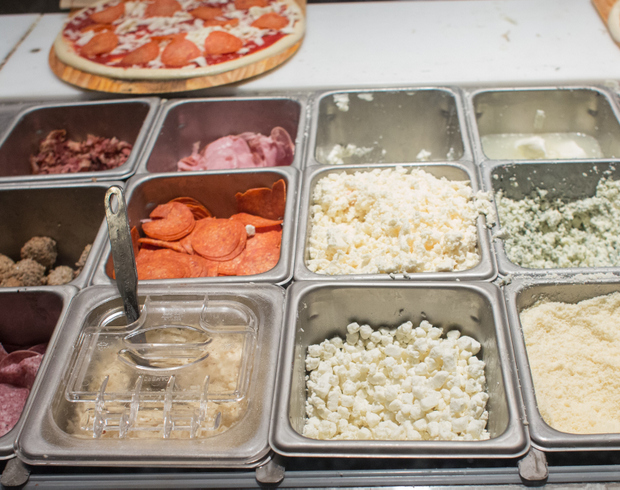 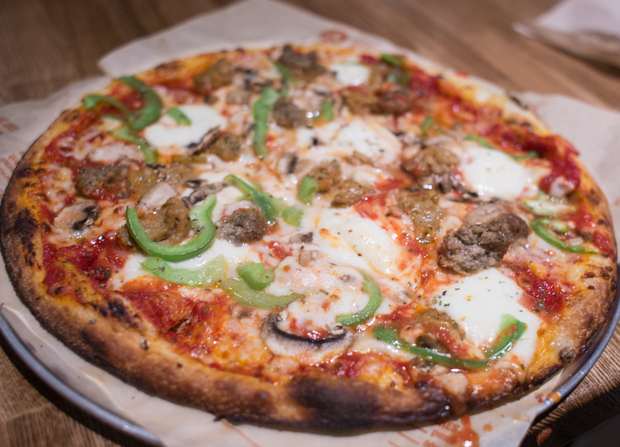 I really enjoy the crust here. It’s thin, but a little chewy, and has a good flavor to it. It also holds up pretty well to all the toppings I usually add to my pie. 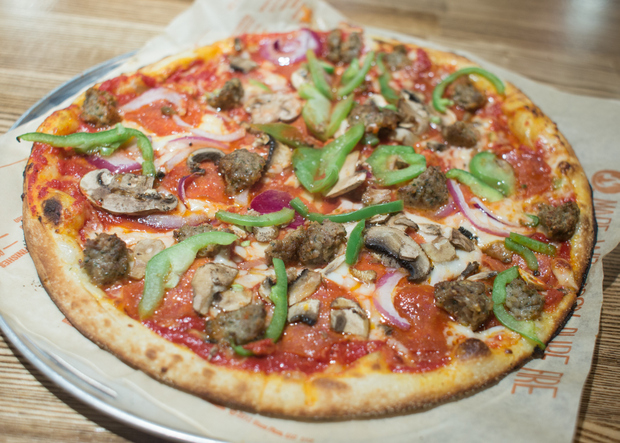 This was Mr. K’s choice. He loves to really pile on the tomato sauce, so his pizza was very saucy and looks quite a big redder than mine.

Overall, we had a good meal here. We liked the pizzas here as much as at the Carlsbad location. I also really love how fast and efficient they are here, especially compared to some of their competitors. I’m not sure if there is room for two custom-built pizza places so close to each other, but I hope so. 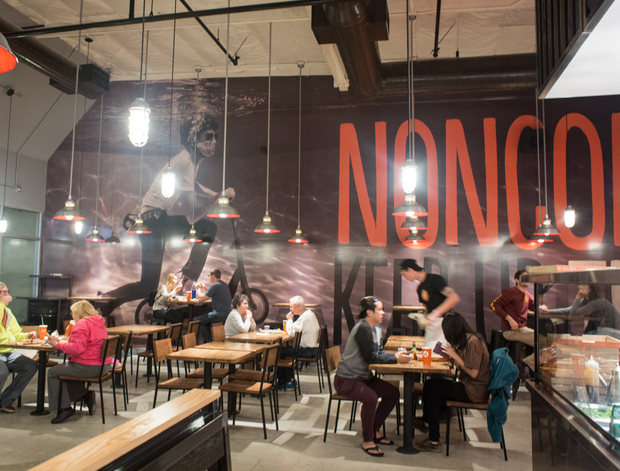