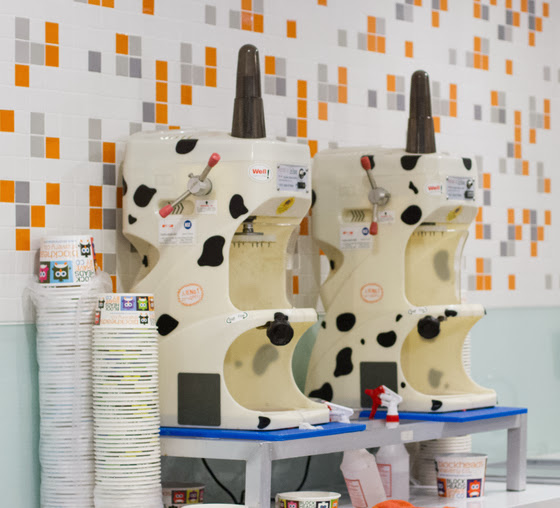 Blockheads Shavery is one of my favorite places to get snow shaved ice. They recently opened a second location in Alhambra, which is closer to the areas of LA I’m usually visiting. So of course, on my recent LA eating trip, I had to stop by. 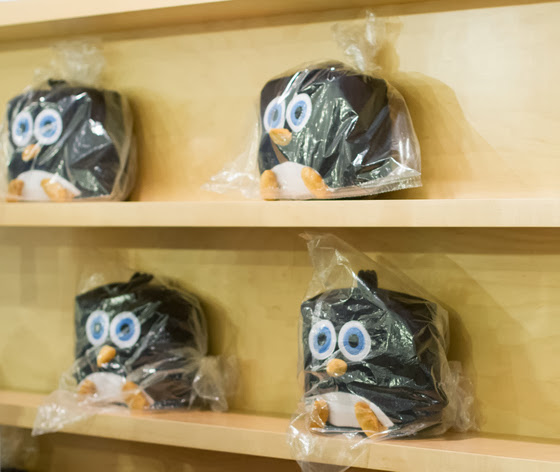 The space is pretty small, much like the original location. They had their adorable mascot for sale in stuffed animal form. 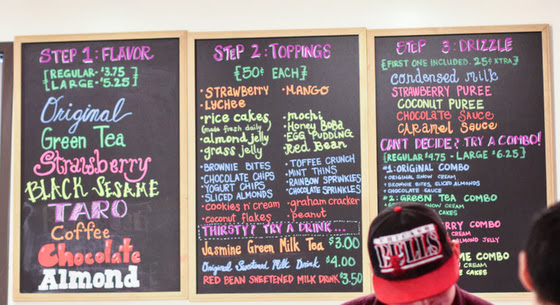 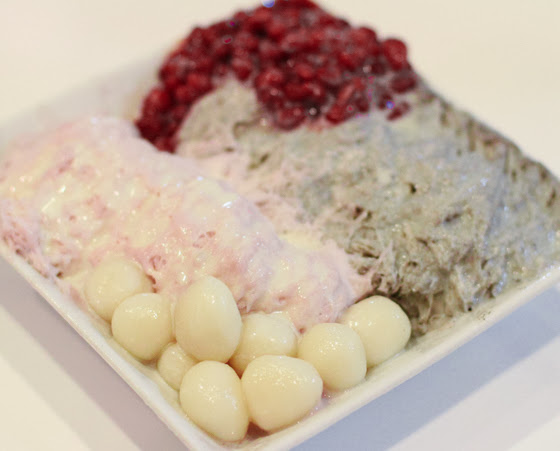 This was my friend’s order, which we ended up sharing so we would have enough room for dinner. This is the size of a “regular” which is so much bigger than what we get in San Diego. This would likely be a large in San Diego. Blockheads is also much cheaper: $3.75 for a regular, $5.25 for a large. San Diego prices are usually around $5 for a small/regular and $7 for a large.

One negative thing is that they charge for splitting flavors.

I love the rice cakes topping which is made fresh daily. 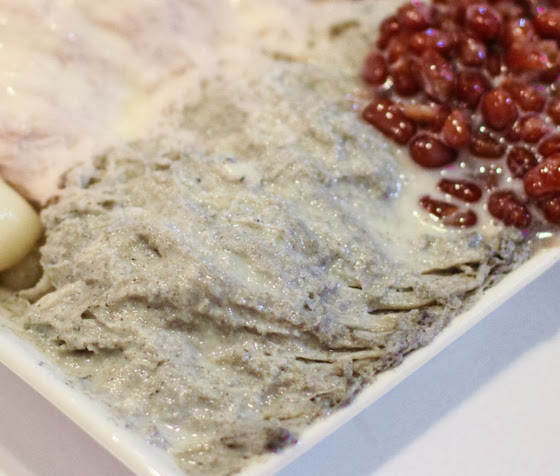 Blockheads makes the best black sesame snow ice flavor I’ve tasted so I always get that flavor. The ice was weighted down by the syrup so you can’t really see the layers, but the snow ice here is very creamy and soft. The taro had such a pale purple that I was initially worried. But it tasted wonderfully natural. The flavor tasted like taro ice cream or taro ice bars. Usually the taro snow ice is a bright artificial purple and tastes like the taro tea drinks which I also find too artificial tasting. This was also my first taste of the coconut cream syrup which paired well with the taro.

We enjoyed the ice here as much as the original location. I’m happy they opened a second one, but I’d be even more excited if they chose to expand down to San Diego. We’ll definitely be back.