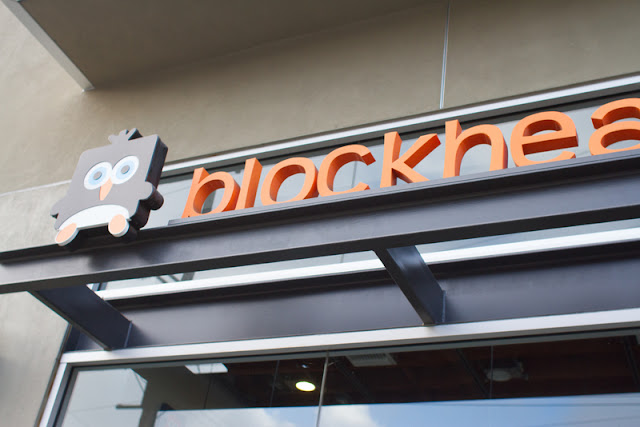 I had heard from several sources that Blockheads served snow shaved ice as good as or better than my favorite spot, Class 302. So of course I had to visit. However, since I don’t venture to the West LA often, it took a while for me to finally visit.

It’s located in Little Osaka, nearby Tsujita and Seoul Sausage, allowing me to sample all three in one visit. I’ll cut right to the chase: it lived up to its hype. While my ultimate favorite is still Class 302, Blockheads comes in at a close second and I was craving it enough to make another trip just a mere month later. The mascot of the place seems to be these square blockhead owls. Cute though a bit random.

The flavor options are quite limited, but they do offer some rare flavors like black sesame and red bean.

The toppings are of the frozen yogurt topping variety (canned fruits, mochi, jellies, candies). They do however offer rice cakes, which is similar to the fresh mochi at Class 302 that I love, but they are smaller and round and are basically the Chinese sticky rice balls eaten during weddings and some other holidays.

One thing I was pleasantly surprised about were the prices. While everything else in Little Osaka seems a little overpriced, the snow ice at Blockheads was some of the cheapest we’ve eaten. A small is $3.75 and a large is $5.25.

On our first visit here, we got black sesame and green tea. My friends don’t particularly care the toppings and we didn’t want to pay extra for unwanted toppings, so we just got it with a drizzle of condensed milk (first drizzle of sauce of your choice is complimentary). 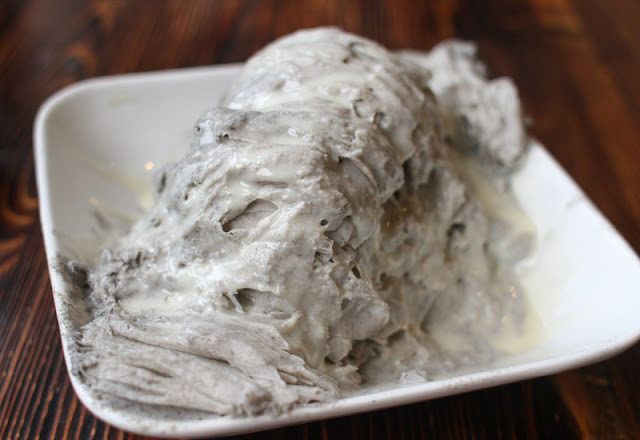 The black sesame was as good as my friends had raved. Definitely the best black sesame flavor I’ve tasted to date. The snow ice texture, while it doesn’t fall in ribbons, is incredibly soft, even slightly softer than the snow at Class 302. 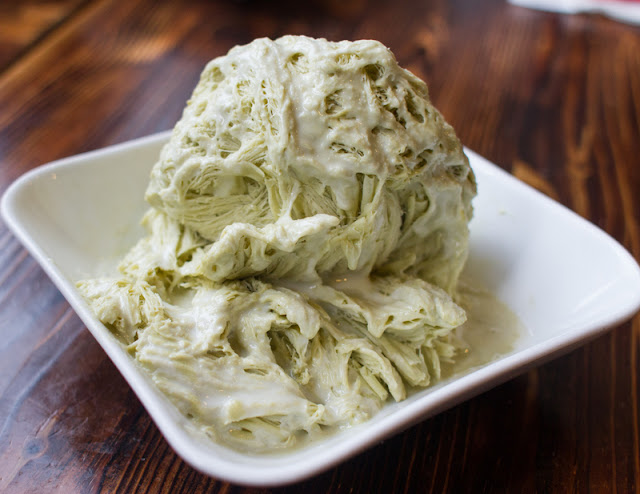 I really enjoyed the green tea one as well. I have yet to have a decent green tea flavored snow ice in San Diego.

On my second visit we noticed that they now served red bean, a flavor I’ve yet to see anywhere else.

Well there was some miscommunication. I thought someone else in our group was ordering the red bean, but it turns out they didn’t. This time instead of getting two smalls, I ordered a large with two flavors. Since I thought someone else was getting the red bean, I chose black sesame and green tea. I also got it with the rice cakes, which I really liked. It’s one of my favorite chinese desserts growing up. I spotted a few other toppings I want to try next time. 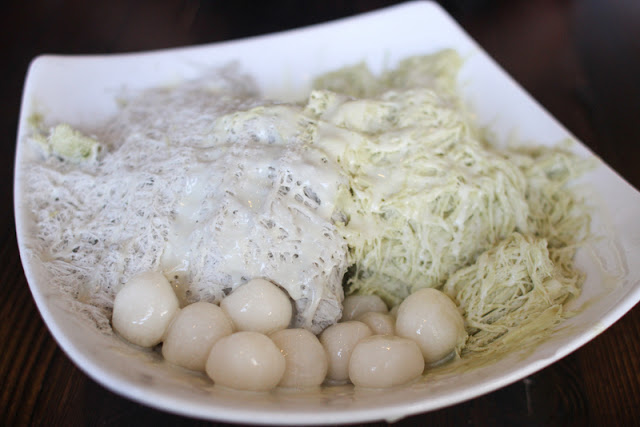 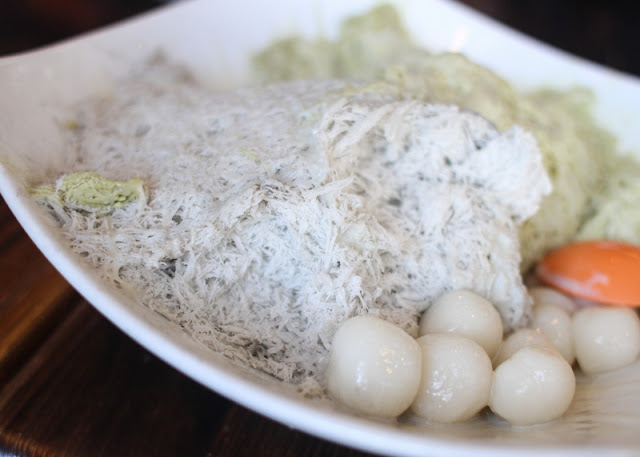 Here was the one that was supposed to be red bean. Instead it’s a large black sesame. I will have to get the red bean and black sesame combination next time. 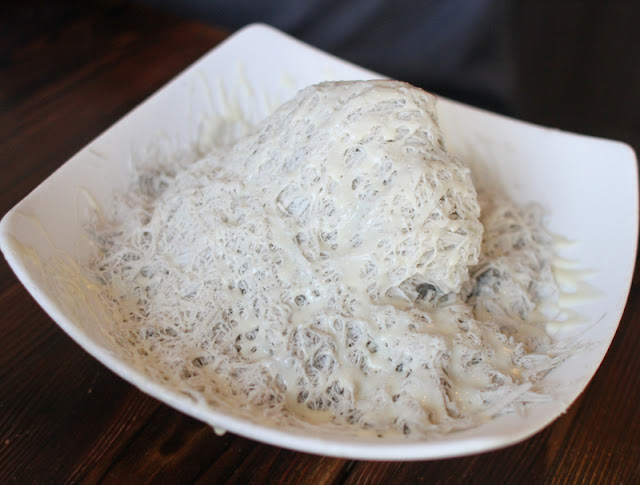 I enjoy the snow ice here and the very reasonable prices. I just wish this wasn’t so far out of the way. I’ll definitely be back though and luckily Seoul Sausage and Tsujita are in the same plaza so I can visit all three at once. While there on my last visit, I also noticed that they serve macarons. I’ll have to try those next time and maybe their drinks.