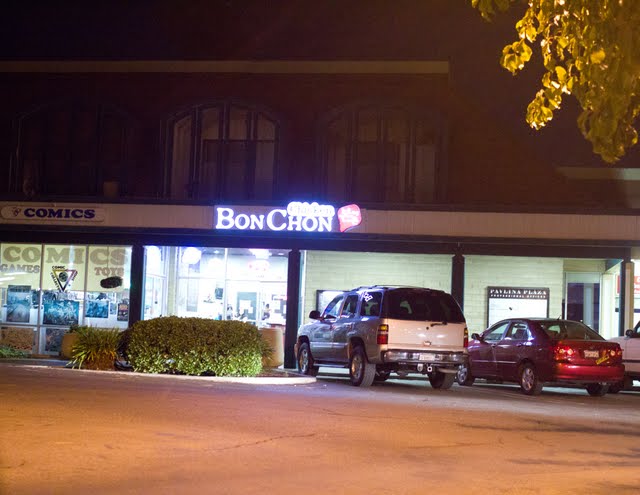 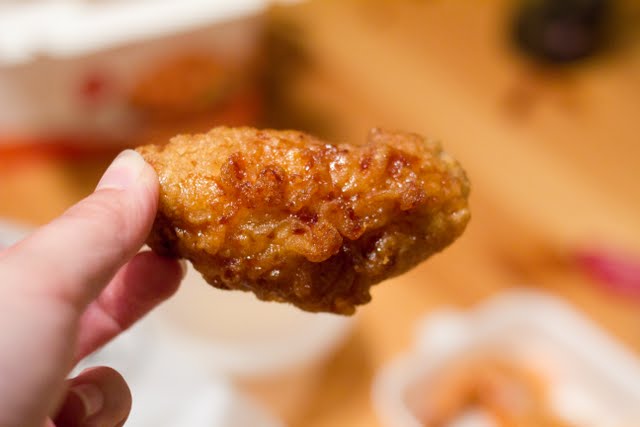 On a recent trip home, I found out that there was a Bonchon Chicken nearby. So one evening, we stopped by for a late night snack.

The prices are similar to Kyochon, about $1 a wing. Unlike Kyochon, an order of wings comes with a free side.  We chose kimchi coleslaw. Complimentary pickled radishes also came with our order. 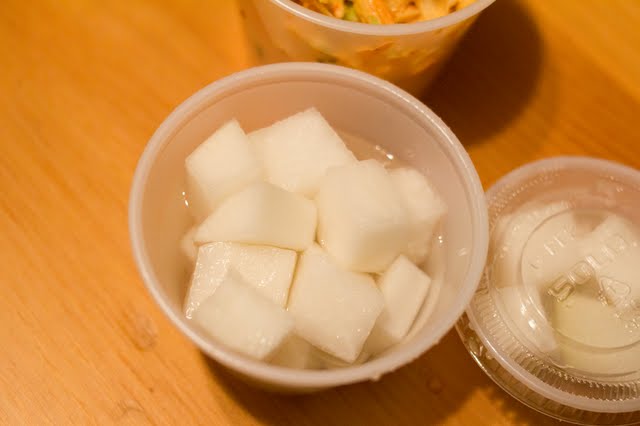 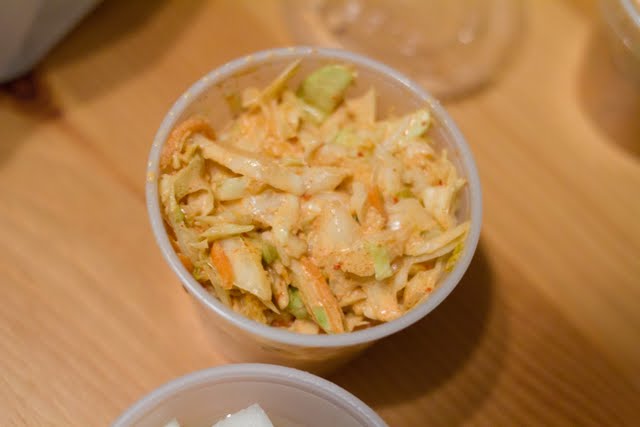 I enjoyed the kimchi coleslaw. It was a refreshing twist on the classic American coleslaw.

We chose the soy garlic wings, which is the flavor we like to get at Kyochon. The skin on the wings was crunchy, but not nearly as crispy as the skin of Kyochon wings. 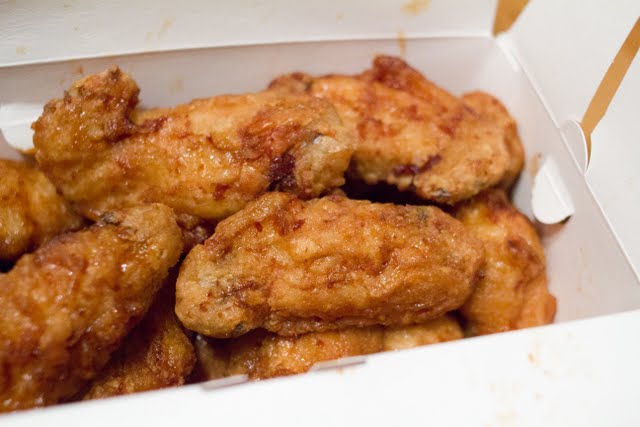 What I found so amazing about Kyochon wings is that they have an extremely thin, almost translucent, crispy skin because they fry the wings twice until all the fat on the skin has been rendered off.  While the wings here were crispy, the skin still had a thin layer of fat. Given that the prices are about the same as Kyochon, it was disappointing. Bonchon has gotten rave reviews though so I don’t know if it was just this location or just an off experience.  But for now, we’ll stick with Kyochon to satisfy our korean fried chicken cravings. You can read my Kyochon posts here and here.