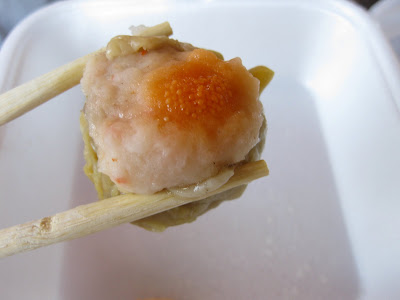 I have been eyeing the take-out dim sum express of Capital Seafood the past few times I visited the Diamond Jamboree plaza. I’m always interested in places that serve dim sum all day.  There is a formal Capital Seafood restaurant and then a Capital Seafood BBQ and dim sum express, which is next door to the restaurant.  According to the yelp reviews, the express sells dim sum all day long.  I was hoping this place would be similar to Yum Cha Cafe.
Boyfriend and I stopped in a little before 4pm on a Saturday.  There were very few dim sum items left that appealed to us. 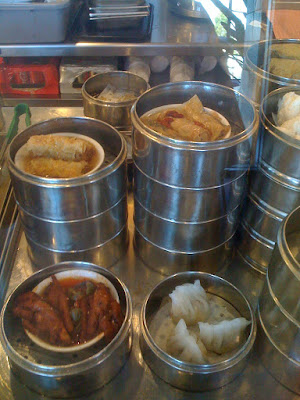 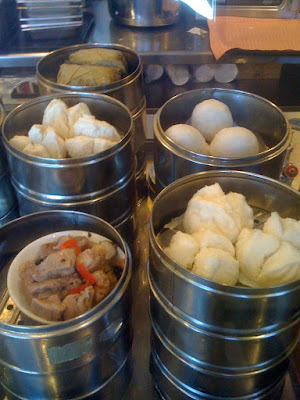 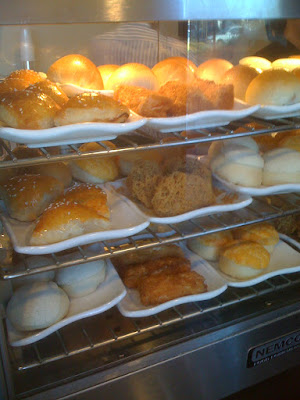 With the limited choices, we ended up only ordering three items: shrimp har gow; shrimp shui mai, and steamed beancurd rolls.  The prices are pretty cheap, about $2 for an order.

There was also a cooked foods section which offered classic take out dishes like beef with broccoli, sauteed green beans, etc.  We didn’t get any. 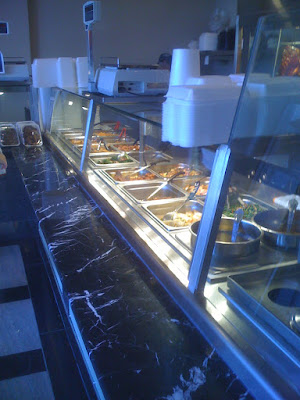 Boyfriend was hungry, so he wanted to eat our orders right away.  One of the nice things about this plaza is that there is a quite a bit of outside seating situated around the complex, so Boyfriend and I grabbed a table and opened up our goods.
. 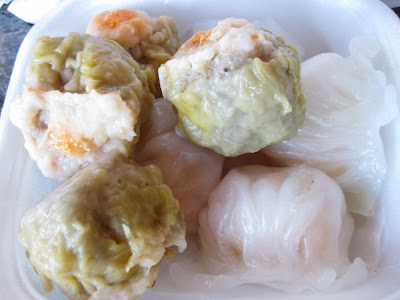 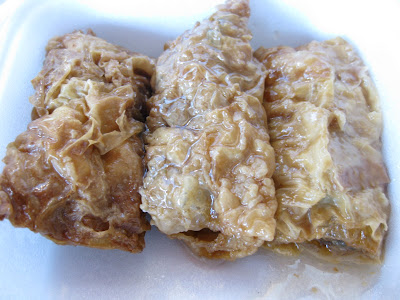 Unfortunately, the food was not good.  The shrimp har gow had a tough skin and the inside was a shrimp paste with a lot of additives making it quite mushy tasting.  The shrimp shui mai only had shrimp on top and the inside was filled with pork.  The inside was dense and tough and not that tasty.  The dried beancurd rolls has little bits of bone fragments in one of the rolls and I didn’t really enjoy the fillings used.  Not enough variety of items that is usually found in the fillings for these at other places.