by Kirbie
4685shares
Jump to Recipe 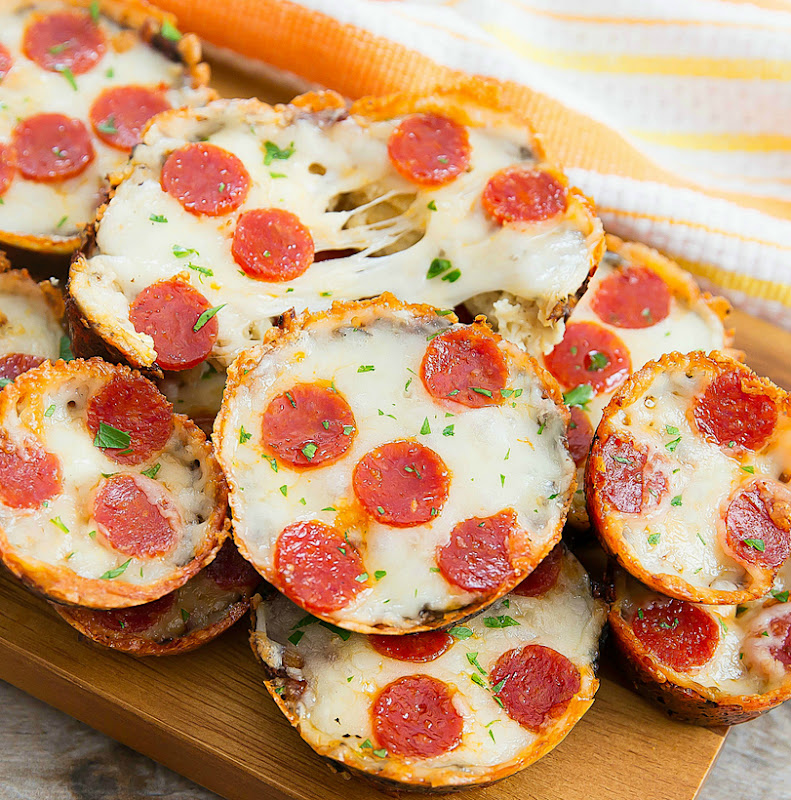 These low carb pizza muffins start with a cauliflower base. It’s similar to cauliflower crust pizza, but much less work and in a portable muffin form.

Cauliflower was on sale recently and I stuffed my fridge full. I was racking my brain for a new cauliflower recipe and I came up with these pizza muffins, which are like a low carb form of my pizza cupcakes. 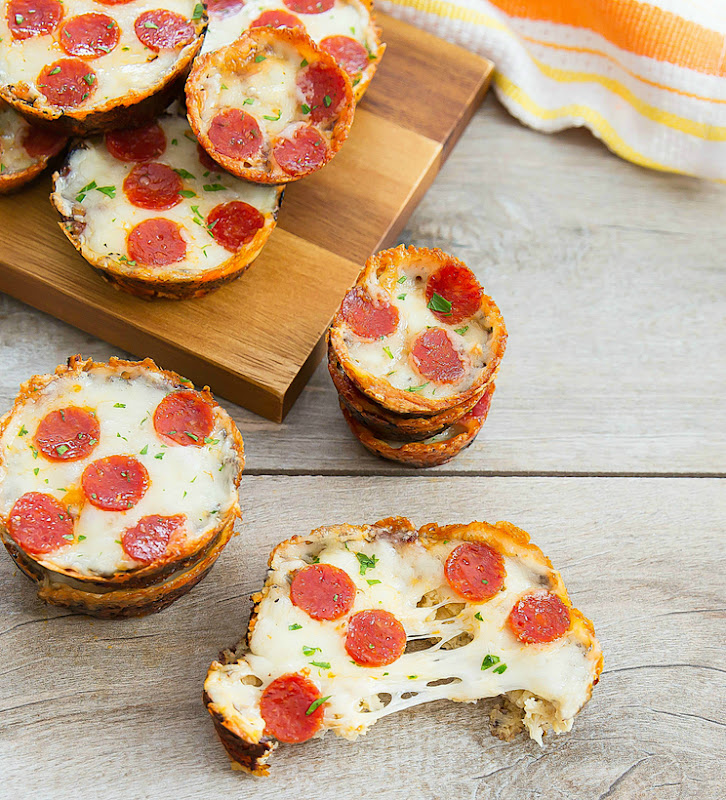 Today was a total bust. I’m sure you’ve had those days–where you have all these plans set out and then something happens and it messes up your entire schedule. This morning started with Mr. K unable to start his car. Why is it that car batteries rarely give any sign that they are about to stop? And, as I already learned once before, the problem with my husband and I both owning hybrids, is that we don’t have a vehicle to jump start the dead car. Thank goodness for neighbors. 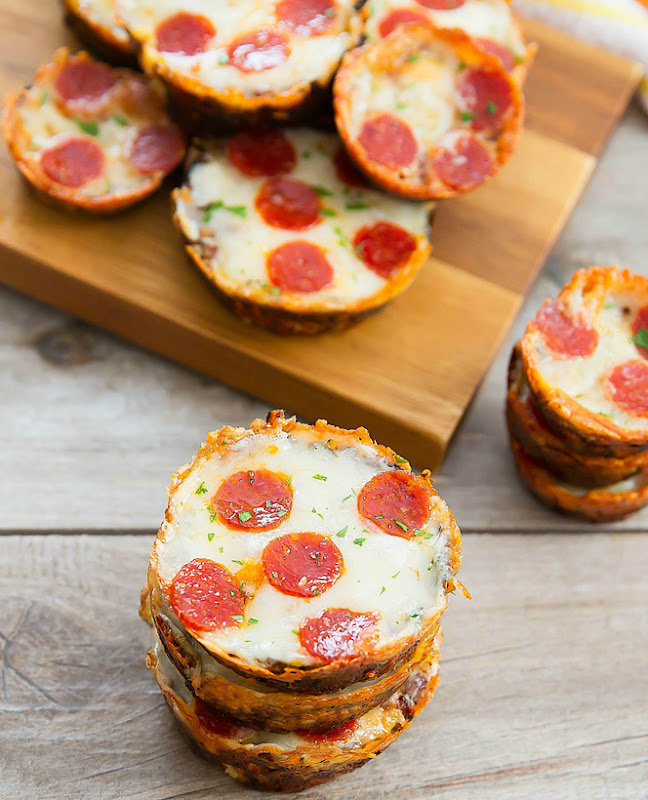 While trying to deal with his car, Mr. K decided to empty out his trunk. And boy, was there a lot of random old crap in there. I was going through some of it and came across two old, very smashed up, unused rolls of toilet paper. Mr. K claims he has no idea why they were in his trunk. Hmm…

Anyhow, we finally got his car started, but it did take up most of our morning, really setting us back for the rest of the day. After we finally got the car fixed, I made another batch of these cauliflower pizza muffins because I really needed a treat. This is my second batch this week! 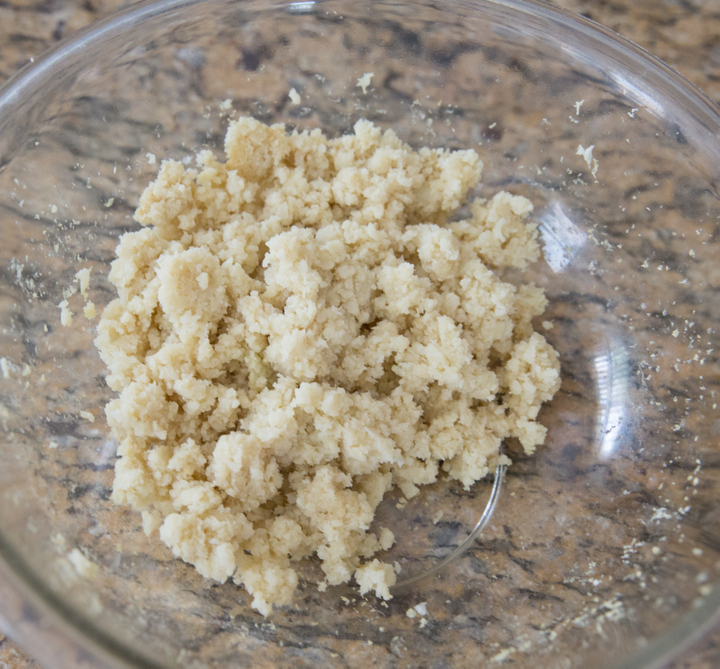 (This photo is from another cauliflower recipe I made. This recipe yields more cauliflower, but I wanted to give a reference of what the cauliflower should look like when sufficiently dried.)

The muffin is made with a similar recipe as cauliflower pizza crust. However, instead of wringing the cauliflower dry, I actually dried it by cooking it in the microwave. It’s much faster and less messy. Normally cauliflower pizza crust is made to be very thin, so that it completely crisps up. When packed in muffin tins, they are a softer, but still quite delicious. The cauliflower flavor is a little stronger for these muffins because I reduced the amount of cheese in the  muffins since I would be adding more cheese on top for the pizza.

By the way, what happened to mini pepperoni? I used to be able to find them everywhere and now I rarely see them at the grocery store. I actually had to cut my own mini pepperoni for these muffins. I’m really sad that mini pepperonis are hard to find now. I can’t imagine them not being popular. Who doesn’t love something so cute? 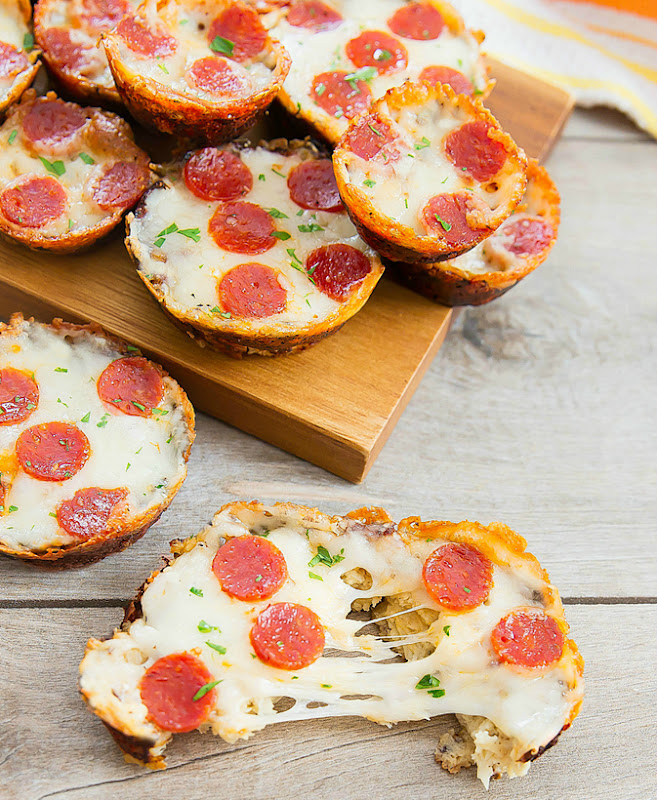 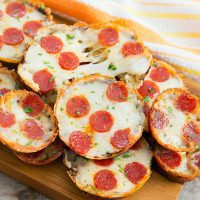 Did you make this recipe?I'd love to see it! Mention @KirbieCravings and tag #kirbiecravings!
4685shares
Posted in: Appetizers & Side Dishes, Cauliflower, Cupcakes & Muffins, Gluten Free, Recipes
10 Comments // Leave a Comment »