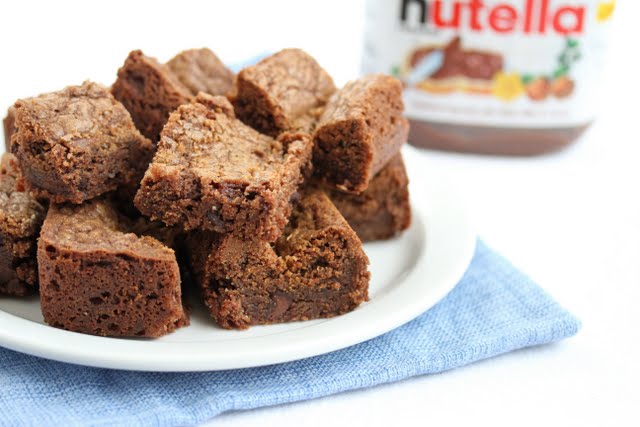 Blondies are often called brownies without the chocolate. I actually didn’t know much about blondies until I started this blog. In general, I prefer brownies over blondies because I love chocolate.

But I thought blondies would be the perfect base for making a chewy Nutella treat. I’ve tried making Nutella brownies but the chocolate always seems to overwhelm the Nutella. I decided to experiment using a blondie base to solve this problem. Though the question remains, if I add Nutella, which is a chocolate hazelnut spread, to a blondie, can I still call it a blondie or is it now a brownie?

No matter what these are called, they are delicious. These were exactly what I hoped for. Nutella taste and super chewy. Much like the chewy texture of box mix brownies, a texture which I can never seem to achieve when making brownies from scratch.

Unfortunately, the middle of these sank in. It probably wouldn’t have been as apparent if I had used a 9 x 13 pan. But instead I baked it in my Baker’s Edge Brownie Pan*. So instead of sinking all across the surface, the sinking middle section didn’t have anywhere to really go so each piece was uneven. Not the prettiest dessert, but it was so good I had to share it.

I’ll work on making a recipe that doesn’t sink in the middle, but I will definitely be making these again. These also got the FH’s seal of approval. 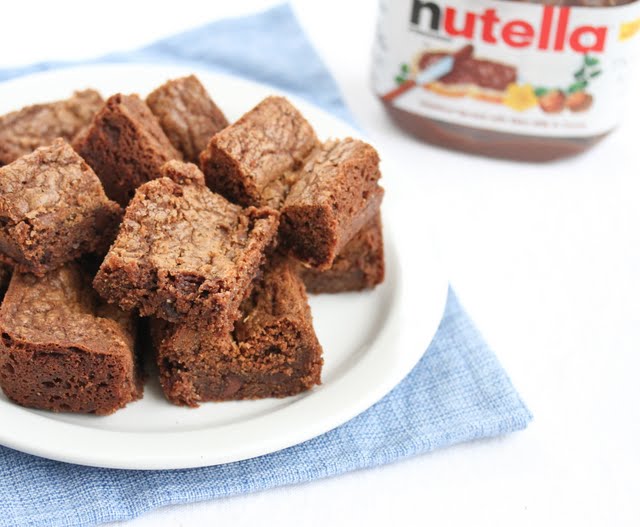 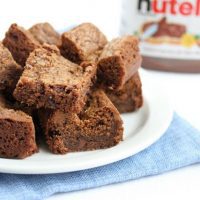 Recipe adapted from Dorie Greenspan's Baking: From My Home to Yours

Did you make this recipe?I'd love to see it! Mention @KirbieCravings and tag #kirbiecravings!
Posted in: Brownies, Cakes, Nutella, Recipes
12 Comments // Leave a Comment »