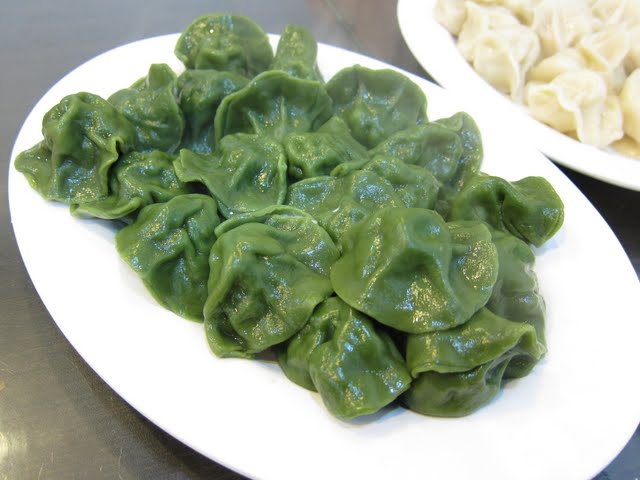 As I mentioned previously, right before my trip to Taiwan, fellow food blogger Kung Food Panda sent me quite a few links on delicious food spots to check out while in Taiwan. 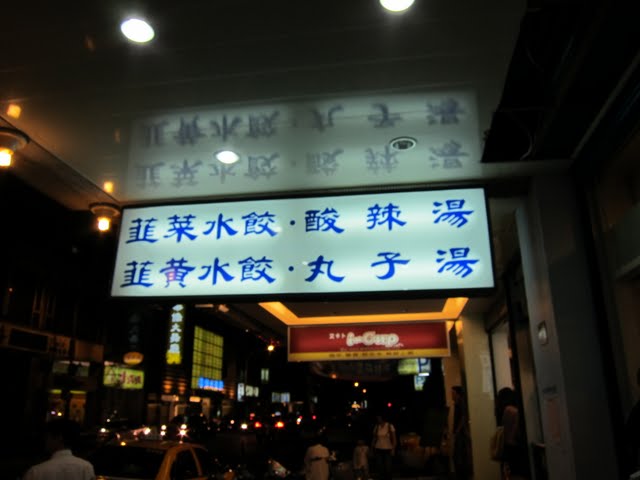 One in particular that caught my attention was a hole-in-the-wall dumpling place that sells scallop dumplings for only 7NT, or about 20 cents in US dollars. So cheap! And they looked yummy too. The video showed how popular the place is and how the owner makes the dough and mixes the filling herself.  They also offer yellow chive and pork dumplings and green garlic chives and pork dumplings for 5NT each, or about 15 cents.

When we arrived, the place was quite crowded. It’s a very tiny place and tables are cramped together. Luckily there was an empty table big enough to fit my family. 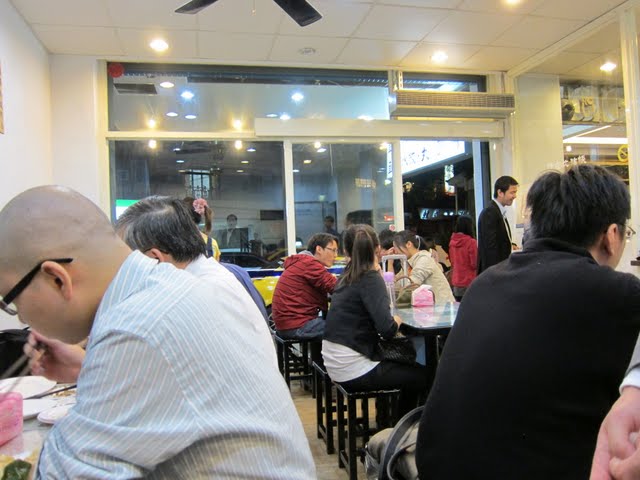 In the video, the host states that the dumplings are big enough that he only needs 5 dumplings and a bowl of the hot and sour soup to be full. Taiwanese people must really have small appetites because we all ate around 10-15. 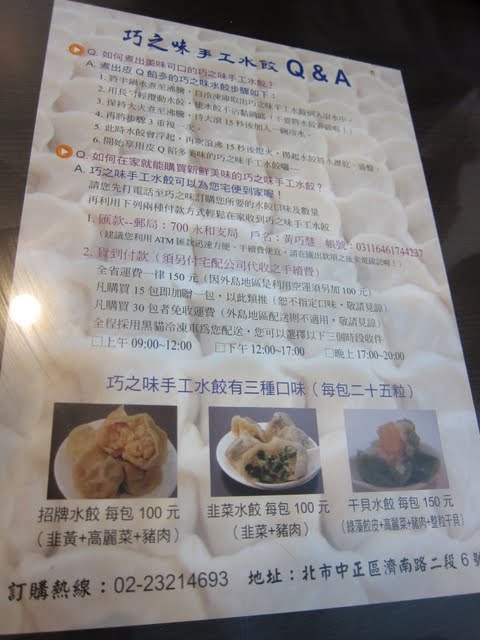 The menu is pretty basic. A few types of dumplings, hot and sour soup, and some small cold appetizers. 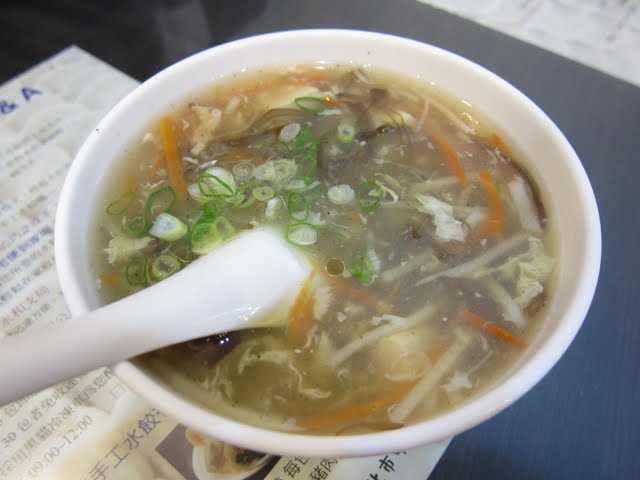 We ordered a few bowls to share. The soup was pretty average. It wasn’t bad but nothing stood out either. 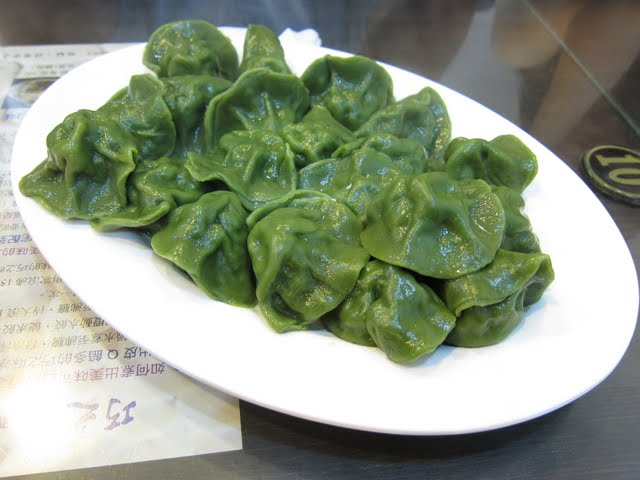 Each dumpling contains one whole small scallop. The outside dough skin is mixed with vegetables, creating the dark green hue. 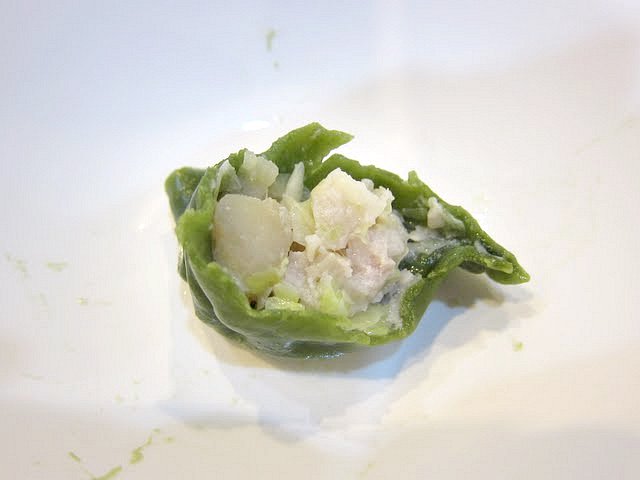 The dough is handmade in the store and you can taste the slight chew of fresh made dumpling skin. This was my favorite of the three. I loved the scallop and the flavor of the dumpling skin. 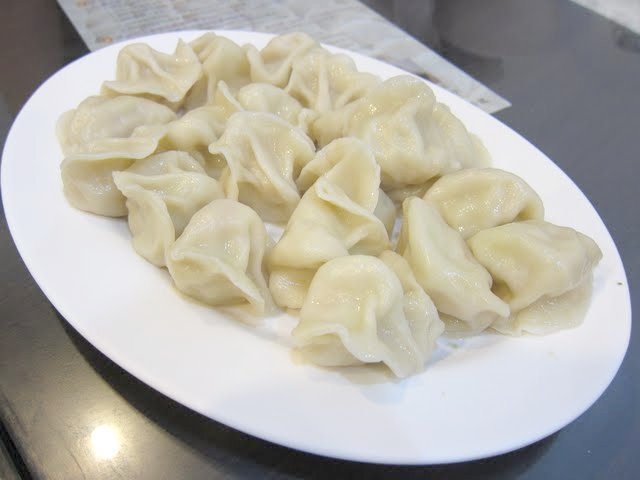 Surprisingly the yellow chive dumplings and green chive ones cost the same even though yellow chives are more expensive than the green chives. These were pretty good too. Actually I liked all three dumplings we got, though my favorite was the scallop. 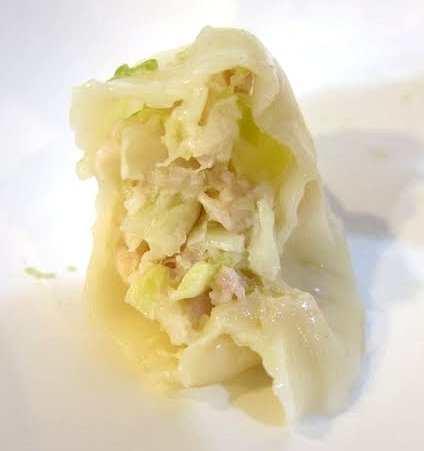 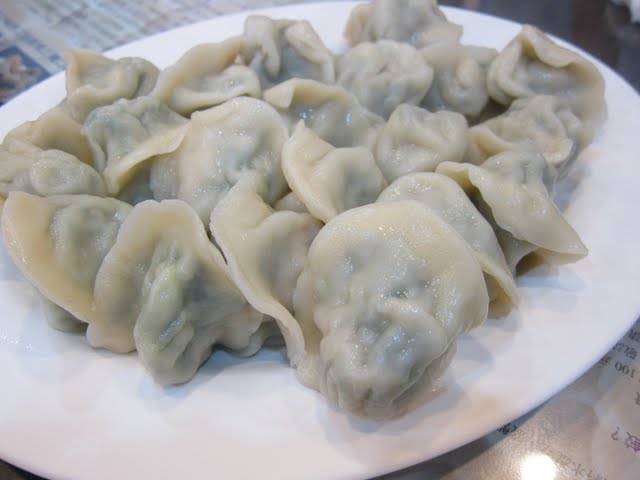 The filling was quite flavorful, with a generous helping of garlic chives in every bite. 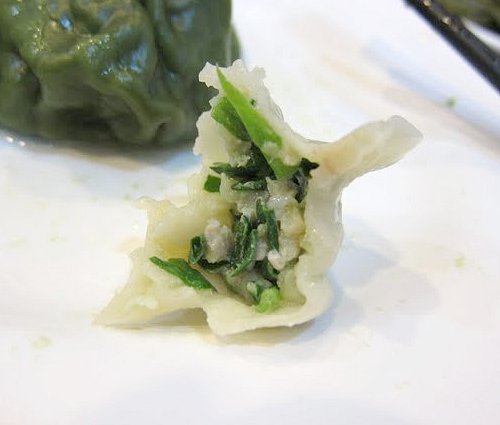 We also got a few cold appetizers which were pretty good. 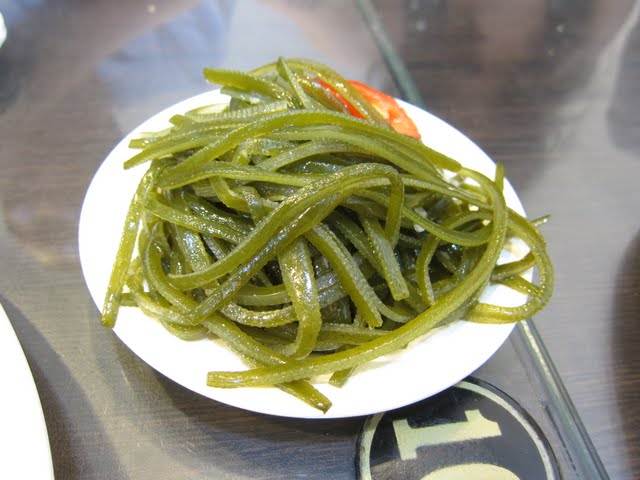 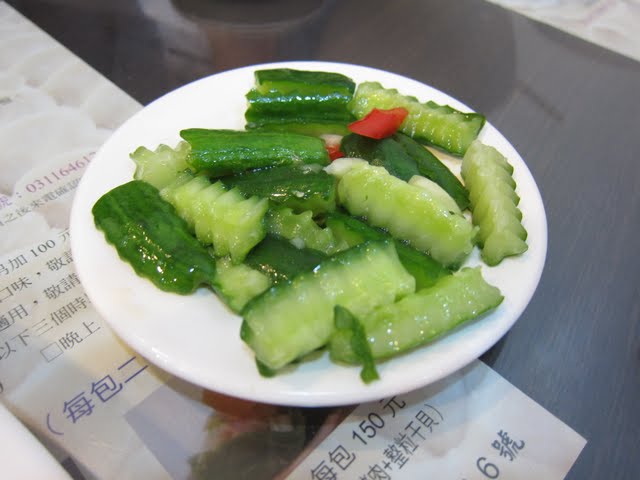 This place was a great little find. The dumplings were tasty and oh-so-cheap. Thanks KFP for the recommendation!