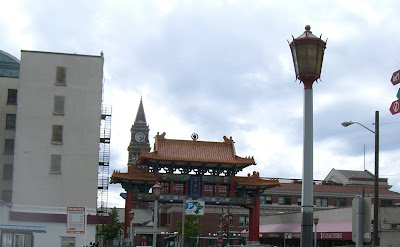 On my trip to Seattle, I was able to fit in an afternoon visit to Chinatown. I like to go to the different Chinatowns when I travel, just to see and compare them.

I didn’t even know Seattle had a Chinatown until I opened my tourist map and saw Chinatown as one of the features. There is an even a free bus downtown that you can take to reach Chinatown.

The Chinatown in Seattle was pretty deserted. Definitely not like the extremely crowded Chinatowns of San Francisco, Los Angeles and New York City.

There were the typical chinese bakeries, grocery stores.  I stepped inside one chinese bakery and was really surprised by how expenisve the breads and pastries were.  Usually they are cheaper in Chinatown, but they were a lot more expensive than I am used to.

There is also a large shopping center, Uwajimaya, which has a food court,a Kinokuniya bookstore, and a large grocery store. 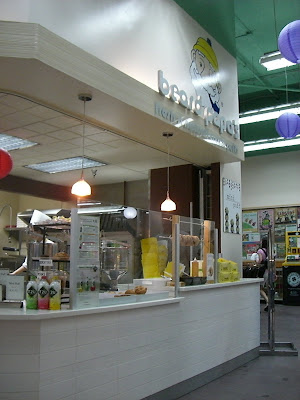 Inside, I spotted a Beard Papa’s, and of course had to stop for cream puffs. We got a matcha one and a vanilla bean one. 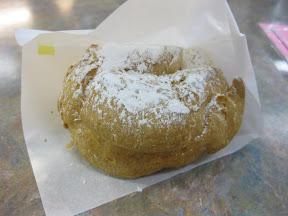 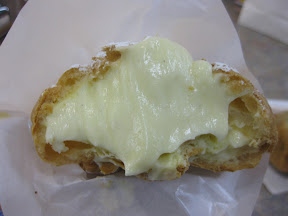 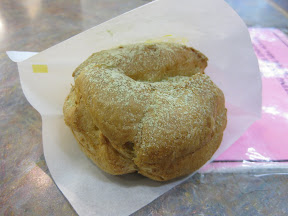 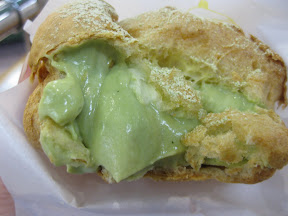 We initially did not plan on eating in Chinatown, but when I happened upon a Taiwanese restaurant, I couldn’t help but wander in. In hindsight, this was not a great idea.  If I wanted to eat, I should have probably tried many of the other numerous restaurants I had passed, many of them Cantonese.  Most chinatowns have a higher Cantonese population and usually don’t have much of a Taiwanese population.

But it’s hard for me to resist Taiwanese food, especially when there was an article posted outside their door talking about their famous stinky tofu.

Soon after we ordered, I heard the staff talking and realized they weren’t Taiwanese, but were Cantonese. Not a good sign.
We ordered a rice roll and I was pleasantly surprised to see it used purple rice, as it’s hard to find rice rolls with purple rice. The rice roll tasted pretty good, but there were some ingredients that are not usually found in rice rolls like soy sauce eggs. 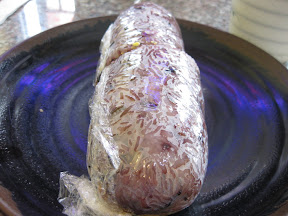 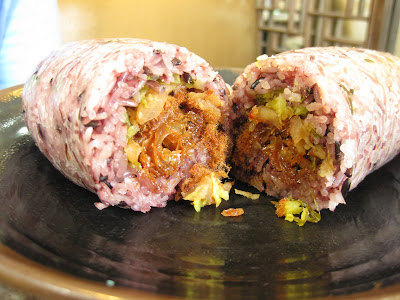 We also ordered the beef noodle soup, made with handmade noodles. I liked how the noodles were thick and chewy. The beef soup on the other hand, was horrible. It was seriously lacking in flavor and the broth was very watery. 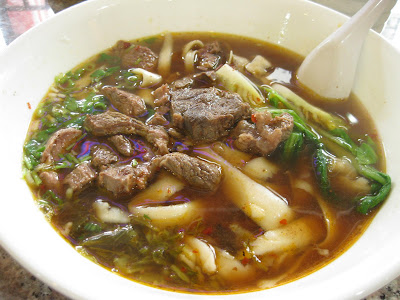 We also ordered the stinky tofu. They used some sort of curry sauce. I didn’t like the tofu at all. 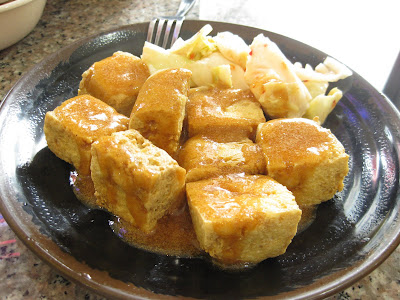