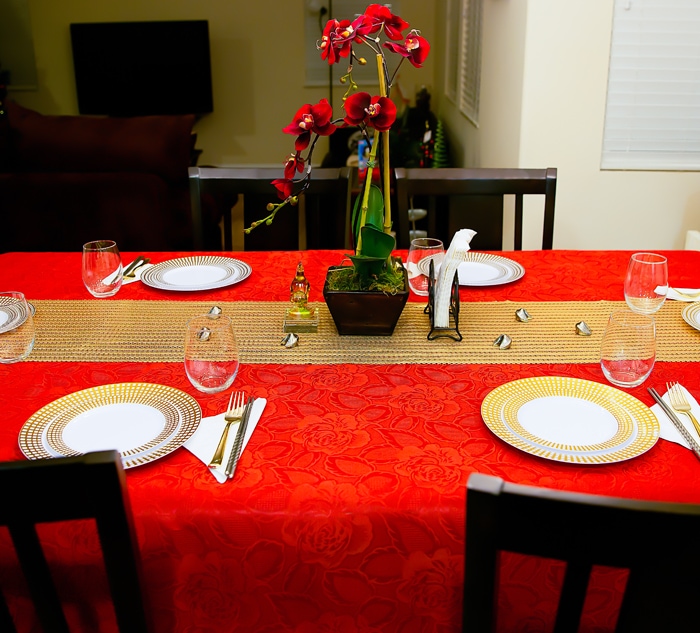 We celebrated Chinese Lunar New Year over the weekend with some close friends. I managed to take a few photos before our guests arrived.

Two years ago, we threw a house party for Chinese New Year, inviting a lot of our close friends. We had fun hosting everyone and I made a lot of food (recap here).

Last year, due to various reasons, we didn’t have a party and it was just Mr. K and I. I tried to make sure we did all the lucky food traditions, but it just didn’t feel the same. This year, I wanted to have some sort of celebration, but we also had a lot going on in January so we also wanted to keep it low key.

While we had loved having so many friends last time, we had regretted not being able to have more time with each of our friends since we were trying to catch up with everyone. So we decided to keep it to a small group and invited a few of our longtime friends that we haven’t seen in over a year. Time really seems to fly by fast now, especially with most of my friends having kids. 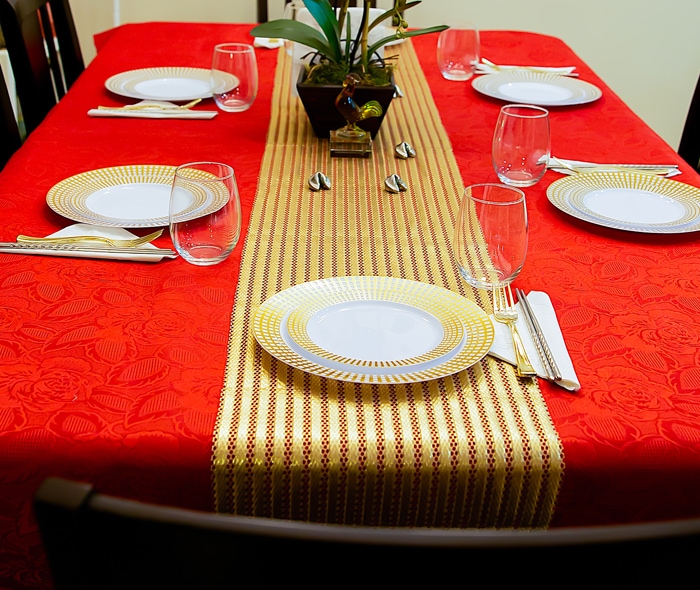 I’m usually not much into decoration, but I had this table image in my head and luckily was able to find everything I needed on Amazon. Honestly, I think I spent more time figuring out the table decorations than anything else. I really love the gold table runner. I scattered a few silver fortune cookies which are actually meant to be place card holders. The rooster statute is from my mom as this year is the year of the rooster.

The plates were a last minute decision. I originally was going to go with our regular “nice” plates, but my set of dinnerware is white and I thought something with gold would have a nice touch. Surprisingly, I found these gold rimmed plates that feel and look very real, but are actually disposable! My guests couldn’t believe they were disposable. 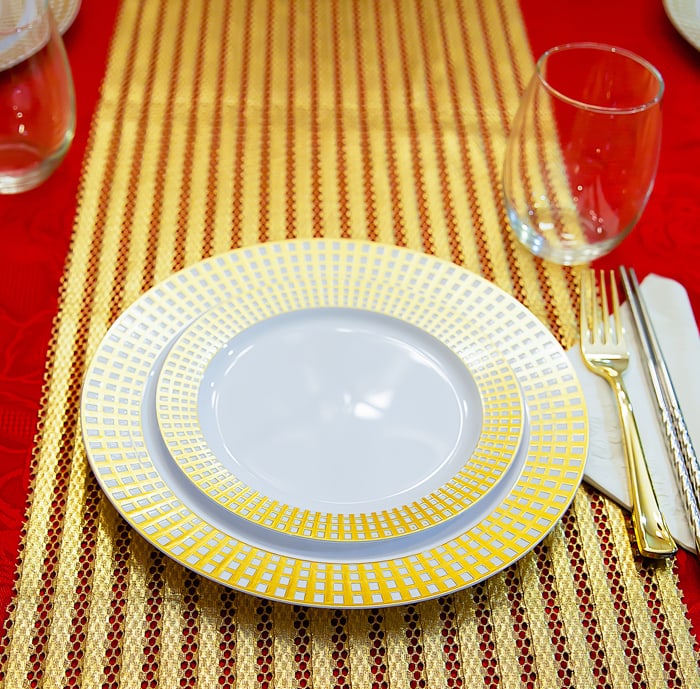 I kept the food menu pretty simple. I actually do wish I had put another one or two items on there, but I ran out of time. The week before the party I had a bunch of work projects and I was still working all the way up until three hours before the party. So I had to scrap one of the desserts and one of the side dishes. There was still enough food for everyone, but it wasn’t quite as abundant as my usual house parties.

We brought out our steam trays to keep the food warm throughout the evening. 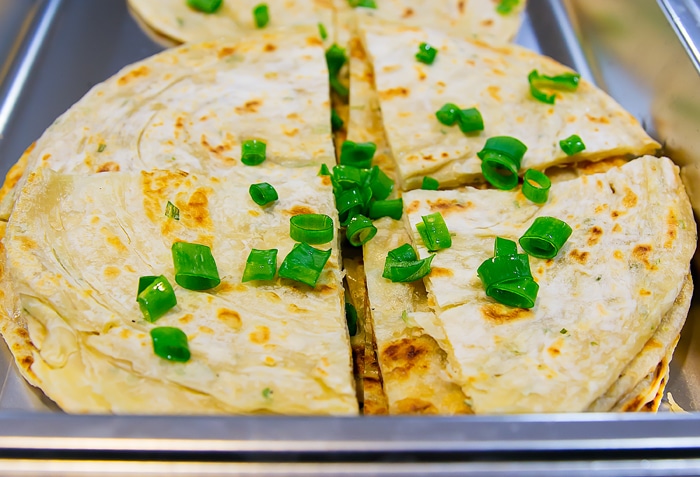 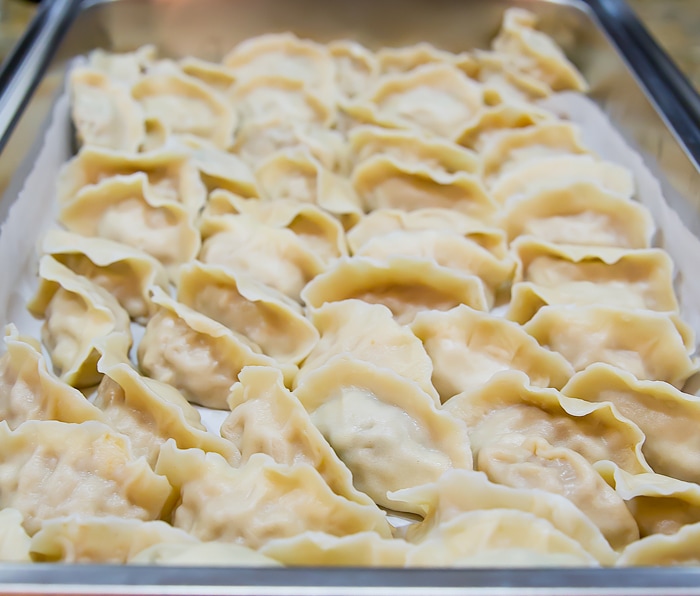 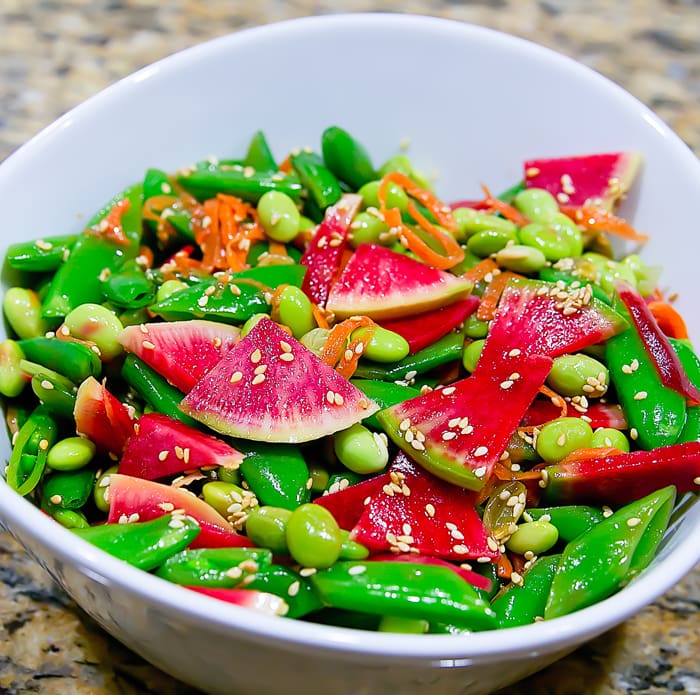 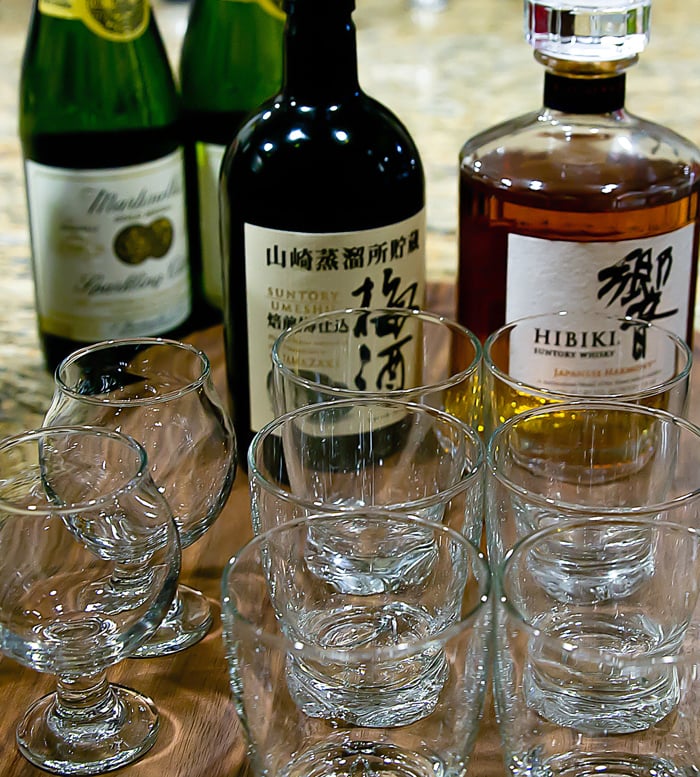 For dessert, I picked up a variety of Bubbies mochi ice cream from Whole Foods. Sorry I forgot to take a photo before serving them, but here is an old post. The prices have gone up since then (it’s now $20 for the baker’s dozen), but this is still our favorite brand of mochi ice cream and we get them from Whole Foods often. I love the variety of flavors. If you just want a single flavor, they sell 8 piece boxes of certain flavors in their freezer section for $10.

It was a pretty relaxing night and it was fun to catch up with everyone and see our friends’ new baby. Hopefully we’ll have the time to host a few more dinner parties this year.