A few weeks ago, I had a quick meal at Chin's Convoy. I had a pretty good experience, and so I was surprised to hear negative reviews about Chin's, which I heard from several sources. I decided to pay Chin's another visit and try out more dishes to see if my first experience was a fluke.

We arrived for Saturday brunch, so we ordered both breakfast items as well as some regular menu items.

First to arrive was our salty soy milk. I was surprised that it had chili oil inside. I'm not used to it being spicy, or being cooked with chili oil. However, it tasted pretty good. It was only mildly spicy. The soy milk had pieces of fried cruller and soy bean curds. There were also some salty pickled vegetables at the bottom. I did think the bowl was a bit small. I think the Chin's at Miramar serves a bigger bowl for around the same price. 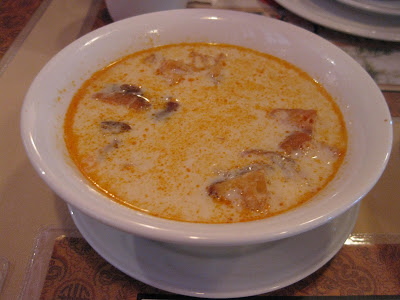 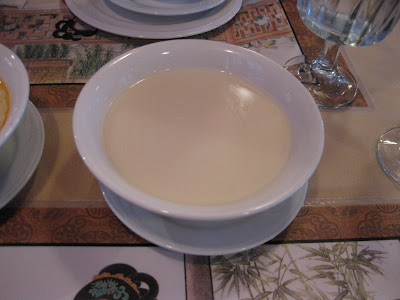 We also ordered a fried silk bun. The silk bun, is a white steamed bun that is slightly sweet. Inside, the bun is broken up into pieces that look like "threads." You can order it steamed or fried. Since I usually eat it at home steamed, I opted to get the fried version at the restaurant. 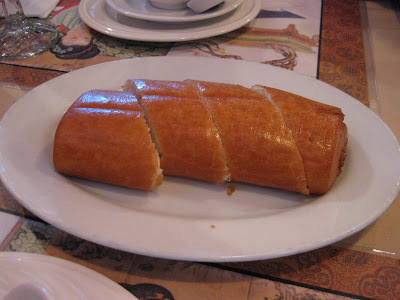 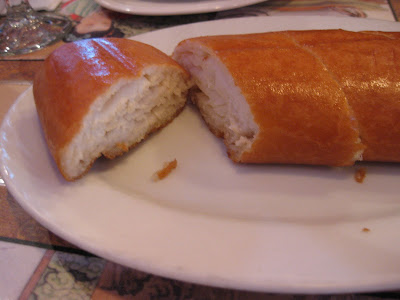 There was a page of lunch specials, so we decided to try the spicy bean sauce fish.  I was surprised with what arrived. I expected black beans, a darker sauce. Instead this one was heavy on garlic and didn't seem to have any beans. However, it was tasty. It just wasn't what I expected. The fish was really tender and the sauce was flavorful. Since it was a lunch portion, it was a bit smaller than a normal portion. 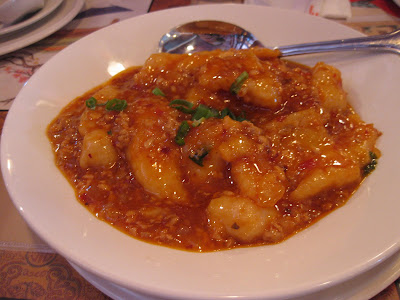 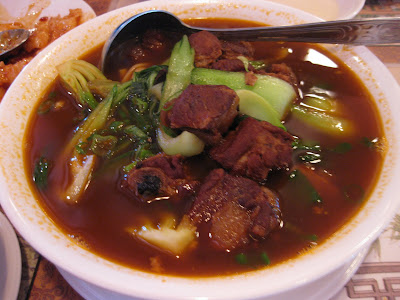 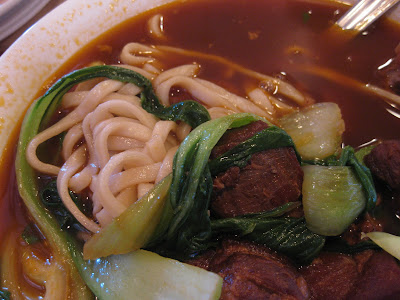 We also ordered the fried cruller wrapped in a sesame bun. I often find that the sesame bun is too dry so I like to just east the cruller by itself.  This version was really thin, but it wasn't too dry. 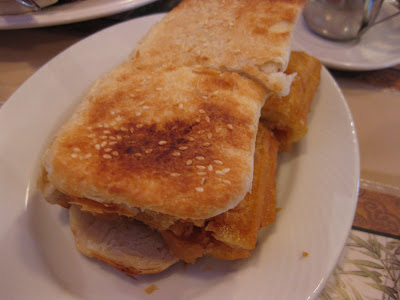 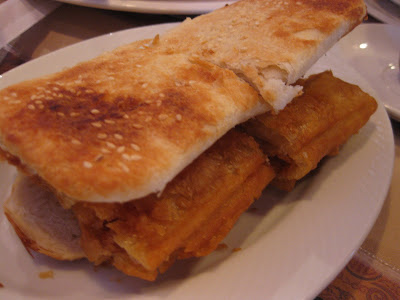 Finally, we ordered a tea smoked duck. I enjoy the tea smoked duck at Chin's on Miramar and was curious to try the version here. The version here was really good.  The duck had a heavy smoked flavor and the duck was fairly meaty. It was odd that the duck was served with little steam buns, which you usually see with peking duck where you can wrap slices of the peking duck and crispy skin in the wrappers. Tea duck is not sliced that way, and every piece had bones attached, so it was not as easy to wrap the duck meat with the steamed buns. So I ended up just eating the buns separately. 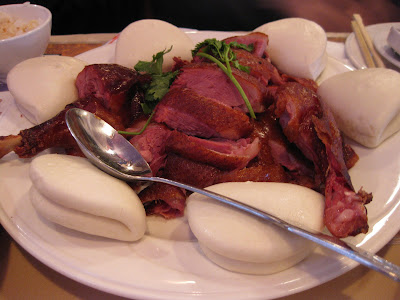 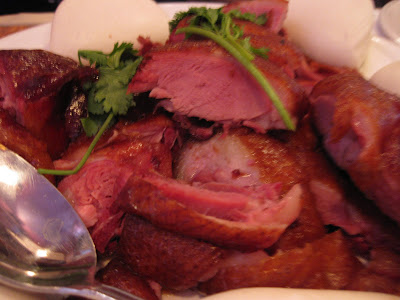 We ended the meal with wine brew soup served with sesame rice balls.  This tasted exactly like the one at Miramar. The broth was pretty sweet and I like the black sesame filled rice balls. 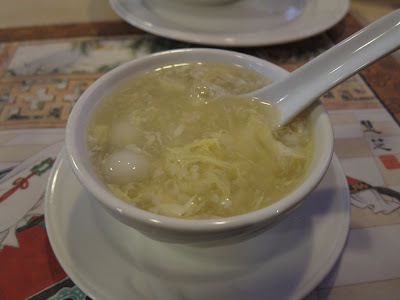 Like last time, we had really good service. Chin, the owner, was there as well and came by to say hi. He recognized Boyfriend and me. Baby Bro was so excited to meet Chin. I asked him for some recommendations and he told me to get the sauteed eel and the sauteed shrimp next time. He says the main chef is famous for those dishes.

All in all, I'm pretty satisfied with this Chin's. I think I like the Miramar slightly more.  The portions are a bit bigger, prices a little less, and more dishes I like at Miramar, but this Chin's is a bit less crowded and tastes pretty good. Plus the service has been really great. I made sure to take pictures of the menu this time as well: