The other night, Boyfriend and I, along with two of our friends, went to check out Chopstix Too.  I’ve previously visited the sister location Chopstix, but this was my first trip to Chopstix Too.  I forgot to take a picture of the front, but it’s located in the same plaza as Mitsuwa, next to a Taco Bell.

When we arrived, we were greeted quite warmly by our server.  After our orders were taken, my friend couldn’t stop giggling.  He proclaimed our server to be the “happiest girl ever.”  I hadn’t really noticed, but after he pointed it out, the friendly server really did appear to be super happy.  As if there was nothing she would rather be doing than working there.  Every time she asked us something throughout the night or took a request, she would respond with such a big smile and her voice was so cute and sweet, much like a japanese anime character.  My friend wanted to take videos and pictures of her.  We had another server who, while not the happiest person, was really friendly and made jokes when he brought our food and cleaned up.

I was pretty impressed with the service.  Unfortunately, the food was just mediocre.  I ordered a Nabeyaki udon.  The udon was nice and chewy.  I felt the amount to be small though, especially compared to the quantity of other noodle dishes served here.  It also came with two pieces of shrimp tempura.  I wasn’t a fan of the broth, but then I haven’t really enjoyed any of the Nabeyaki broths I’ve tried.  I found it to be too salty. 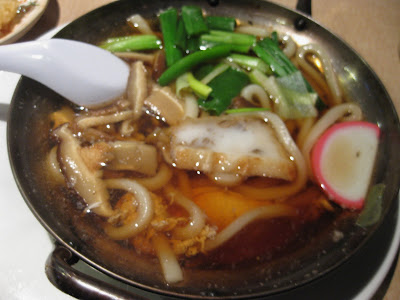 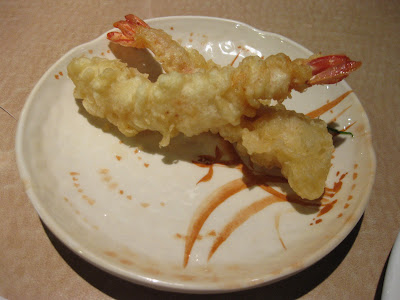 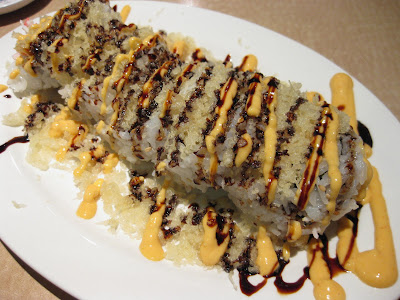 This is the Diego roll: 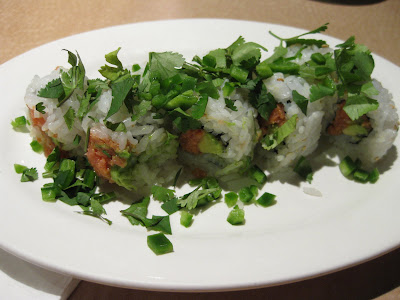 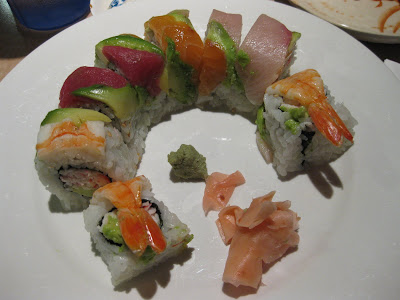 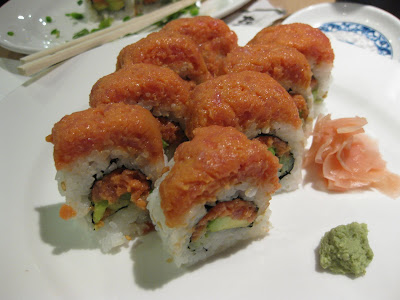 One of my friends ordered a miso ramen.  The bowl of ramen was huge, but full of tons of cabbage and carrots. I thought the noodles were a bit too mushy. 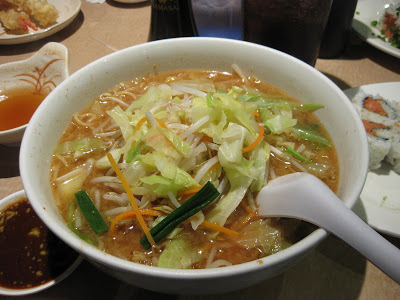 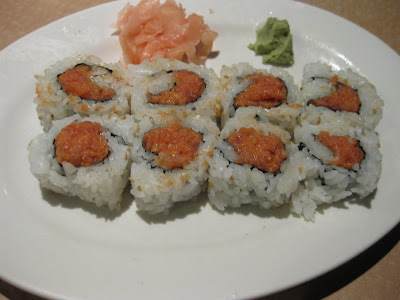 My other friend ordered a teriyaki chicken and vegetable tempura combination. 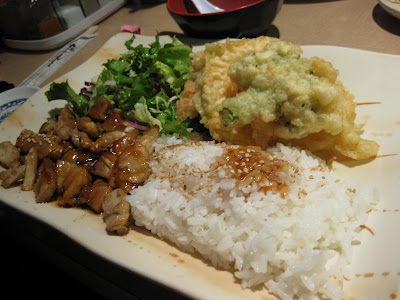 The food here is relatively cheap and the menu has quite a few offerings.  But I wasn’t very impressed with the quality or taste of the food.

4 comments on “Chopstix Too”