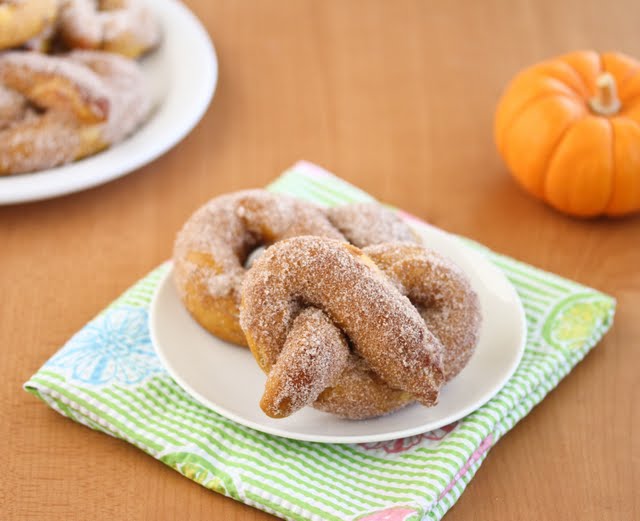 Last year I attempted to make pumpkin soft pretzels, but they didn’t work out very well. After I posted about it, I had an epiphany of how to make them better. I never got around trying my idea last year, so I waited until now. 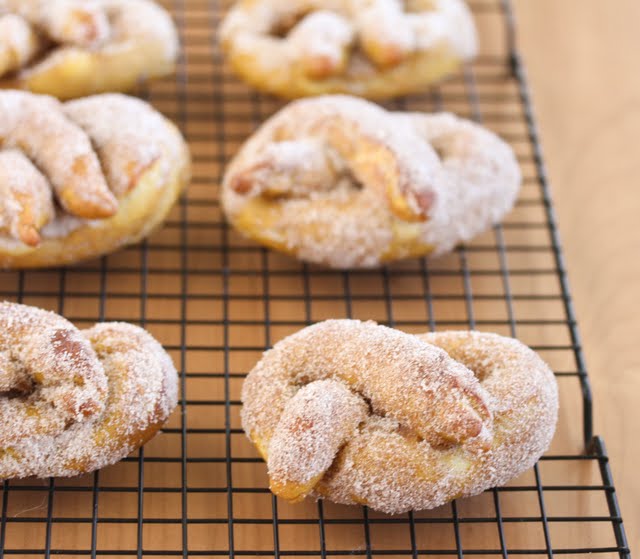 Pumpkin has a pretty subtle flavor, especially if you use it in baked goods. So rather than trying to make a pure pumpkin pretzel, I decided to add some cinnamon in the dough and also coat it with cinnamon sugar. Yes the pumpkin flavor is still light, but mixed with the cinnamon, it has a nice Fall taste. 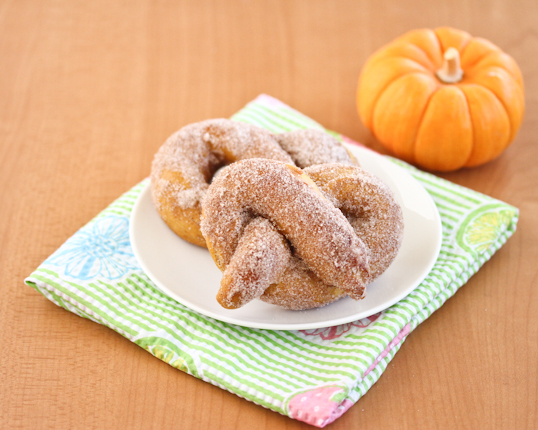 I really loved these pretzels. Super soft with yummy cinnamon and sugar. They taste as good as the ones I’ve bought in the mall. 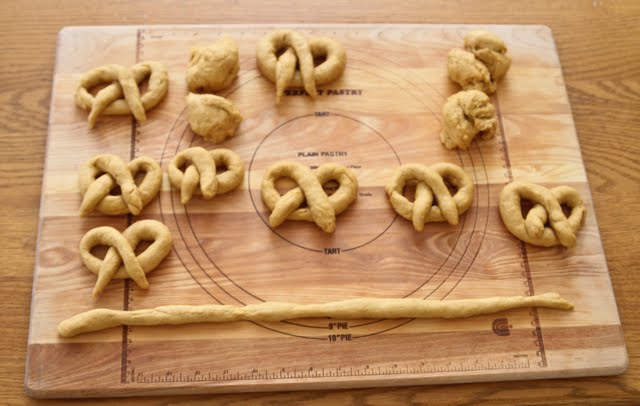 Like most yeast recipes, there is some waiting period, but these are still pretty easy to make. You can also freeze some of the dough for later use. If you want to make regular soft pretzels be sure to check out my Best Homemade Soft Pretzels recipe, too! Or, you might like my favorite pumpkin bread recipe. 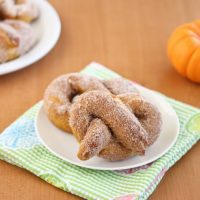 Recipe adapted from Topped with Cinnamon and Alton Brown

Did you make this recipe?I'd love to see it! Mention @KirbieCravings and tag #kirbiecravings!
Posted in: Bread, Pumpkin, Recipes
6 Comments // Leave a Comment »