Baked Cloud Eggs are a fun breakfast or brunch recipe. Egg whites are whipped to a meringue state so that they resemble clouds and are then topped with the yolk. This version is flavored with chives and Parmesan cheese for a savory egg dish. 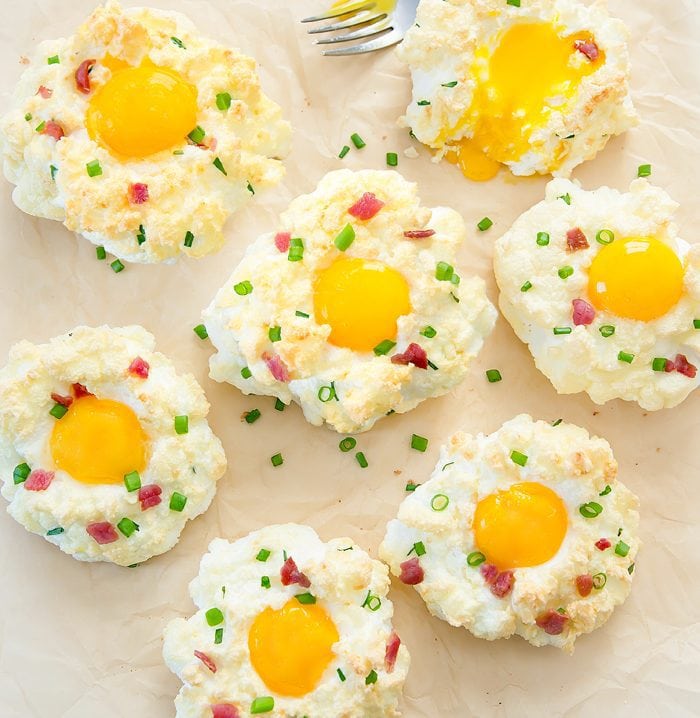 Have you tried cloud eggs yet? Curiosity got the best of me when I saw images of these trending on Instagram. I’m not the only one who fantasized about tasting a cloud as a kid, right?

Honestly, I was a little worried about how they would taste. Plain whipped egg whites is not exactly appetizing. But after doing some research, I was relieved to learn the egg whites are flavored with cheese, meat, herbs, etc before baking. For my version, the egg whites are mixed with parmesan cheese and garlic chives. 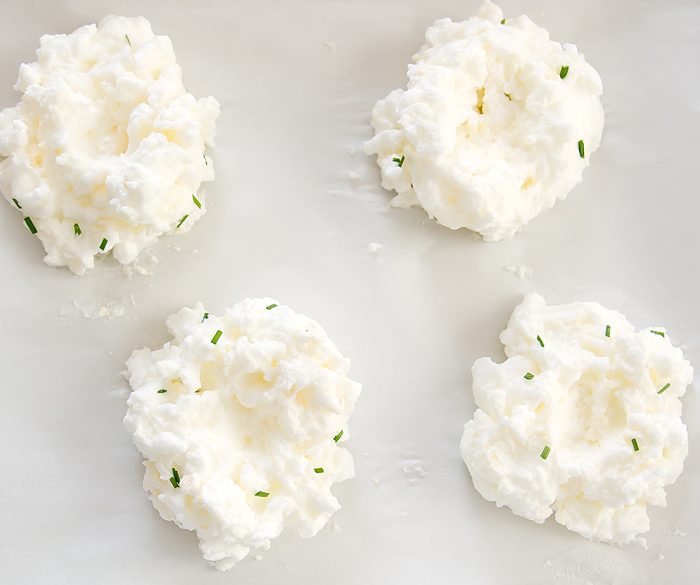 Once they were finished baking, I also topped them with scallions and bacon. 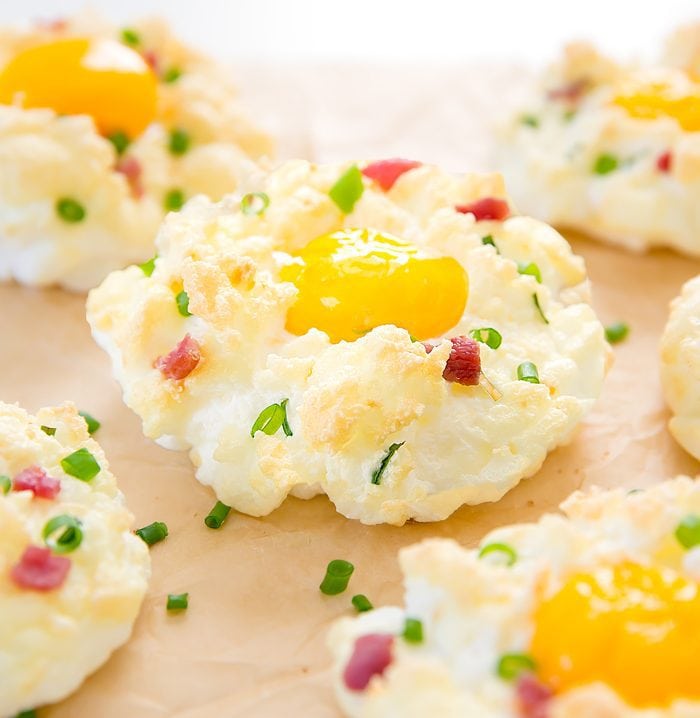 So what do they taste like? The cloud part has a savory flavor from the parmesan and chives. The texture is similar to a soft marshmallow, which isn’t too surprising since meringue is an important step in making marshmallows. It does feel a little like you’re munching on a cloud– at least how I imagined clouds tasted before I went to school and learned about clouds.

I don’t think it’ll be making my list of favorite ways to eat eggs, but it was fun to try at least once. Mr. K really enjoyed them though and requested that I make them again soon. 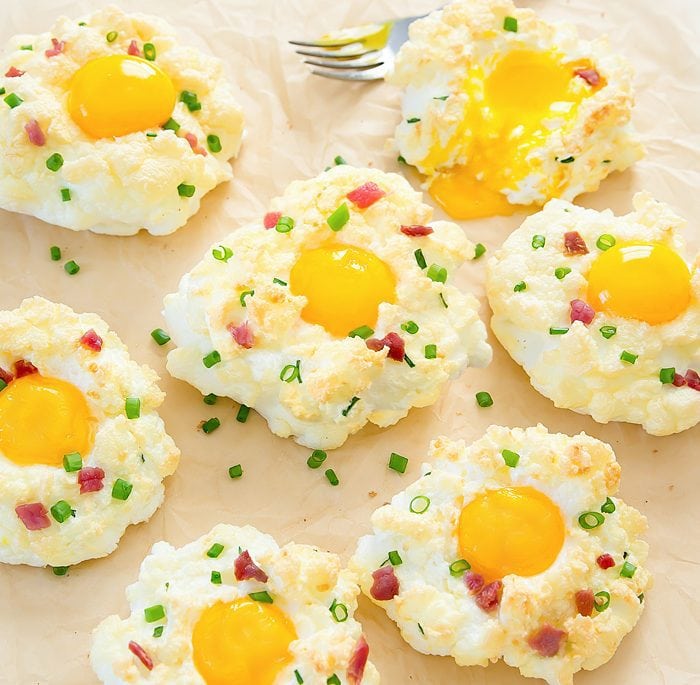 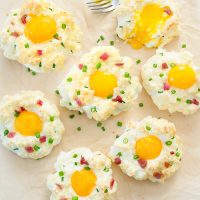